Book Review: ‘Showrunners: The Art of Running a TV Show’

by The Jacob
in Books, TV 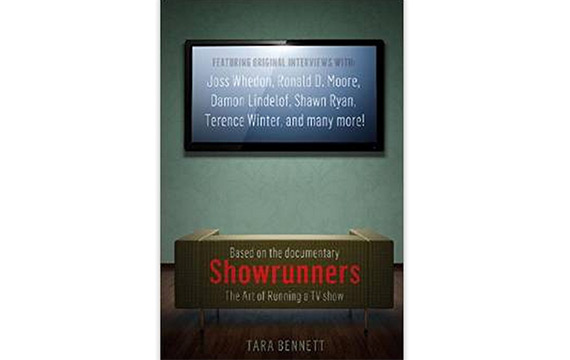 Most of the people that come to FanBolt do so because, like me, they love some aspect of pop culture. Be it television, movies, music, or something else. And, like me, they love to get inside stories and “dirt” that most people don’t know about. It’s not enough to watch a television show; they want to know everything going on behind the show.

Recently, I got a copy of the book Showrunners: The Art of Running A TV Show by Tara Bennett and can honestly say it is for just that exact type of person. Showrunners: The Art of Running A TV Show is a companion book to a documentary of the same name released in October. The book is full of interviews and insight provided by some of the industry’s most influential showrunners, such as Bill Prady (The Big Bang Theory), David Shore (House), Joss Whedon (Firefly and load of other great shows not quite as good as Firefly), and Andrew Marlowe (Castle) just to name a few.

Well organized, this book really dives into some of the questions that most people have when it comes to making everything come together. It starts off by explaining exactly what a showrunner is and does. How this role came about as it never truly existed before the 90’s and, most importantly, gets the point of view from today’s most well-know showrunners. This book really runs the gamut of topics. It covers everything from what are the steps of working your way up the ladder to getting your own show to the politics of running a show and network suggestions/interference. It discusses the benefits and cons of network versus cable versus premium (e.g.- HBO, Showtime) versus streaming (Hulu, Netflix). It even goes into diversity, or lack thereof, still seen today in the writer’s rooms of most shows. Anything you wanted to know about running a show it at the very least touches upon.

Most interesting is that the organization of the book is full of interviews and so you get a real world perspective from people currently in the game. On one topic a majority of the show runners might agree on some universal truth while on another they might all disagree on how they see the world of writing and running a show. It really gives insight into how each showrunner does things and that there is no single way to do it. Some of the most interesting sections are side conversations with a specific showrunner. In one, Joss Whedon discusses his actual behavior and personality versus what people seem to think. In another, Bill Prady talks about how to write a comedy. It’s all quite interesting.

This book really does have something for everyone. Whether you’re a huge fan, an aspiring writer, or just a casual viewer, you will learn way more than you ever thought you could. At only 240 pages it’s a quick read, but the way it is written also allows you to pick it up and read 5 or 10 minutes at a time and still enjoy it. I personally have read the book 3 times already and always come away learning something new like this little gem: Joss Whedon’s first television writing job was on the show Rosanne.

Showrunners: The Art of Running a TV Show is currently available from Titan Books

Emily Blunt and Chris Prine Struggled with 'Into the Woods' Singing