Wondering what fall programming will look like due to COVID-19?

CW provided a glimpse into what their fall and spring lineup will look like for the 2020-2021 television season. The network will officially launch its new season in January 2021 with its regularly scheduled series line-up, while loading up Fall 2020 with fresh original and acquired scripted series and alternative programming.

“This year, The CW has made the proactive strategic decision to launch its new season in January 2021, rolling out a line-up of our signature returning series which will be joined next year by our four new series, including the return of the DC’s most iconic superhero in SUPERMAN & LOIS, the return of the Texas Rangers in WALKER, the reimagined KUNG FU and the rebellious drama THE REPUBLIC OF SARAH. And by moving our new season to January, we are stocking our fall with a balance of original and acquired scripted series and alternative programming that fits The CW brand and provides fresh programming through the fourth quarter,” said Mark Pedowitz, Chairman and Chief Executive Officer of The CW. “In 2021, The CW will have more original scripted programming throughout the year, week in and week out, than we have ever had, fueling our multiplatform ecosystem, which combines linear TV, our best in class AVOD services and unparalleled reach on social media. Additionally, next year, The CW will have full stacking rights to eight series to stream on our free, ad-supported digital platforms.”

“As we manage the current crisis, we’ve developed a methodical programming strategy for this year and well in to next that we believe works for The CW, our advertisers, affiliates and audience, while keeping the health and safety of our productions and creative partners front of mind,” Pedowitz added.

So what does the line up look like… here’s the breakdown!

Curious about the new shows? Descriptions are included below! We’re most excited for Jared Padalecki’s Walker – his first project since wrapping Supernatural (the series final episodes will air this fall). 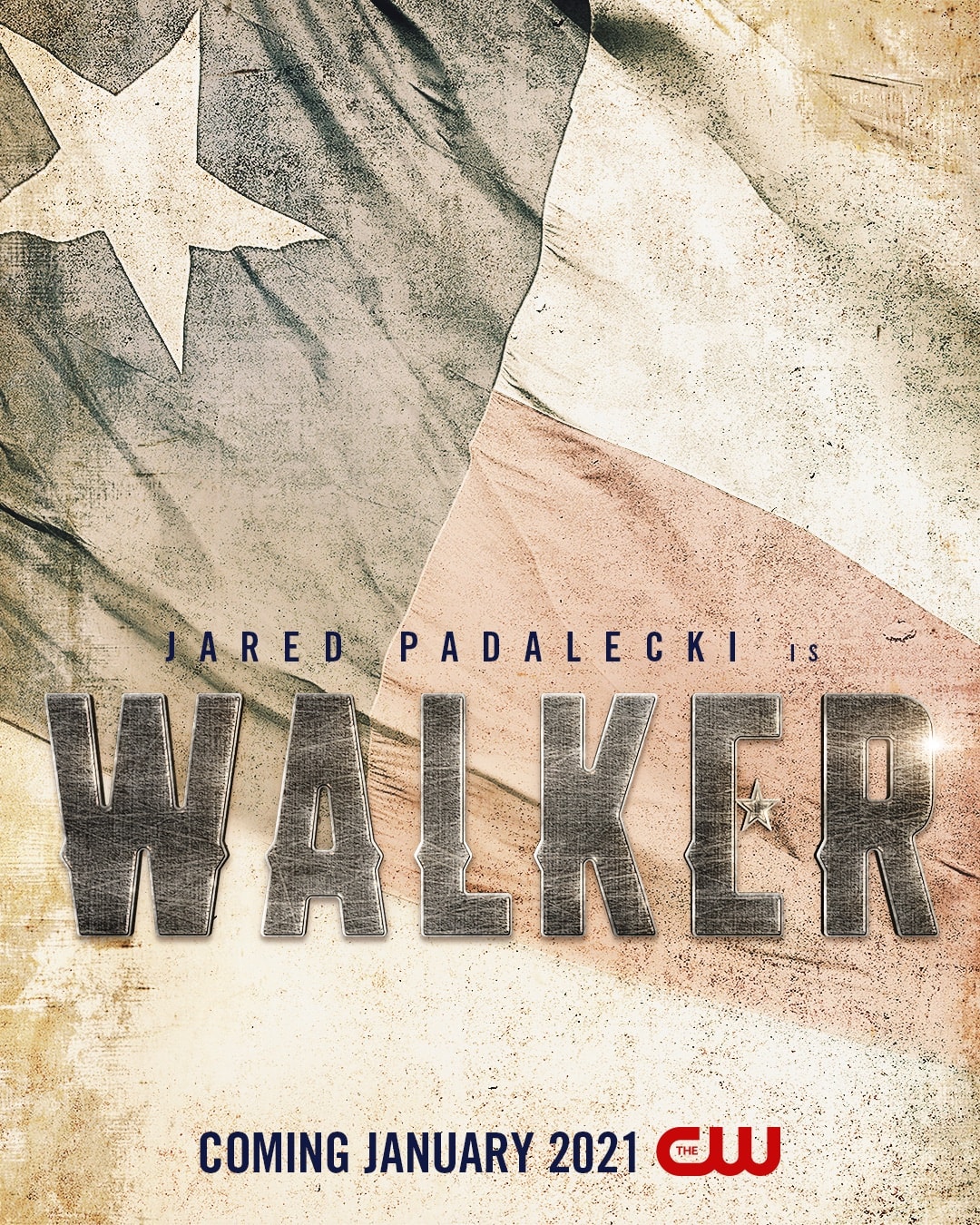 WALKER, a reimagining of the long-running series “Walker, Texas Ranger,” stars Jared Padalecki (“Supernatural”) as Cordell Walker, a widower and father of two with his own moral code, who returns home to Austin after being undercover for two years, only to discover there’s harder work to be done at home. He’ll attempt to reconnect with his creative and thoughtful son (Kale Culley, “Me, Myself and I”) and his headstrong, somewhat rebellious teenaged daughter (Violet Brinson, “Sharp Objects”) and navigate clashes with his family – an ADA brother (Keegan Allen, “Pretty Little Liars”) who stepped in during Walker’s absence, his perceptive mother (Molly Hagen, “Herman’s Head”) and his traditional rancher father (Mitch Pileggi, “The X-Files”). Walker’s former colleague is now his Ranger Captain, (Coby Bell, “The Game”). Walker finds unexpected common ground with his new partner (one of the first women in Texas Rangers’ history) played by Lindsey Morgan (“The 100”), while growing increasingly suspicious about the circumstances surrounding his wife’s death. The show also stars Jeff Pierre as Trey Barnett. WALKER is written and executive produced by Anna Fricke (“Being Human,” “Valor”), and executive produced by Dan Lin and Lindsay Liberatore and Jared Padalecki. WALKER is from CBS Television Studios in association with Rideback. 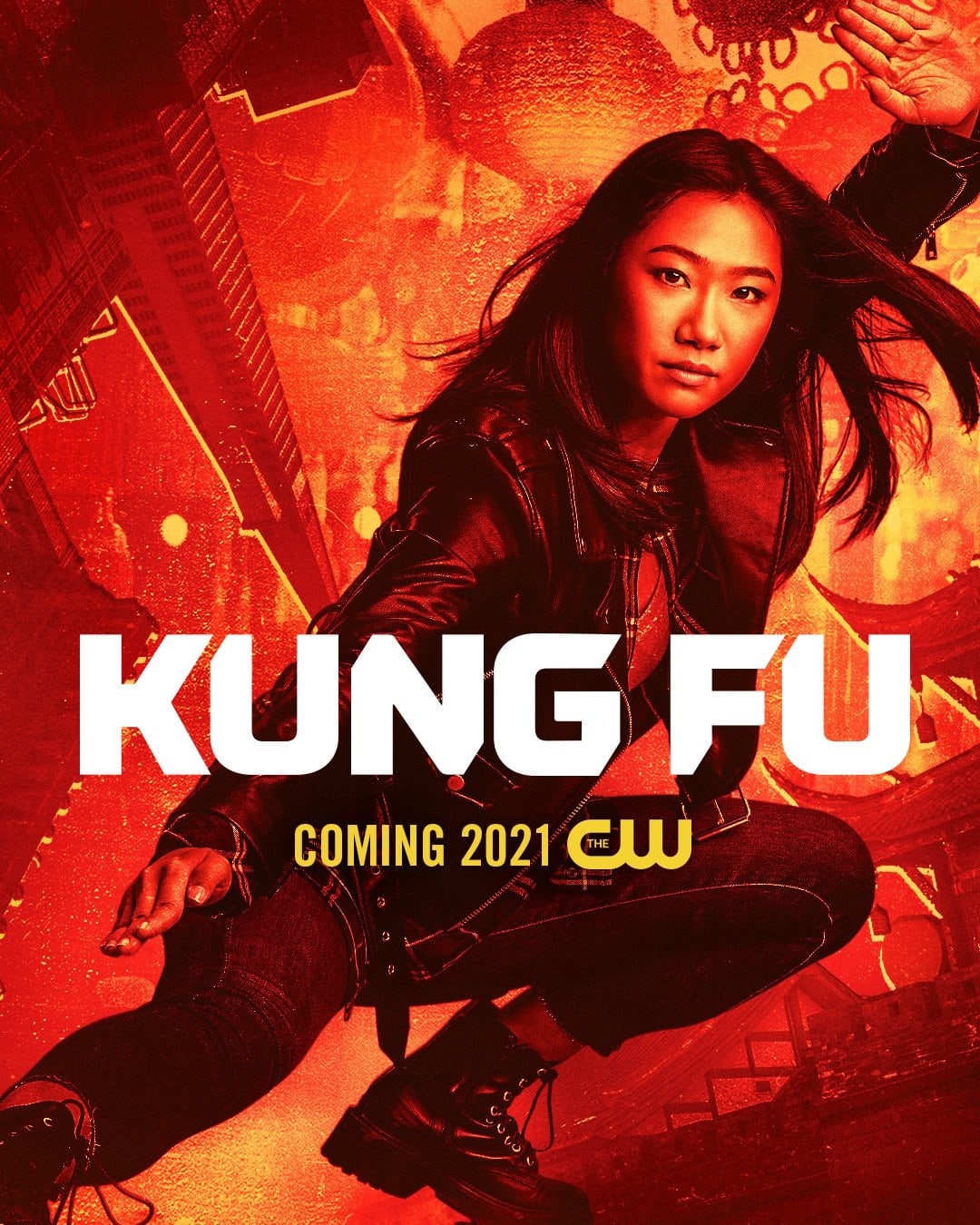 A quarter-life crisis causes a young Chinese-American woman, Nicky Shen (Olivia Liang), to drop out of college and go on a life-changing journey to an isolated monastery in China. But when she returns to San Francisco, she finds her hometown is overrun with crime and corruption and her own parents (Tzi Ma and Kheng Hua Tan) are at the mercy of a powerful Triad. Nicky will rely on her tech-savvy sister (Shannon Dang), pre-med brother (Jon Prasida), Assistant District Attorney and ex-boyfriend (Gavin Stenhouse), and new love interest (Eddie Liu) as well as her martial arts skills and Shaolin values to protect her community and bring criminals to justice … all while searching for the ruthless assassin (Gwendoline Yeo) who killed her Shaolin mentor and is now targeting her. Inspired by the original series created by Ed Spielman, KUNG FU is from Warner Bros. Television in association with Quinn’s House and Berlanti Productions, with writer/executive producer Christina M. Kim (“Blindspot,” “Lost”) and executive producers Martin Gero (“Blindspot,” “LA Complex”), Greg Berlanti (“Arrow,” “The Flash,” “Riverdale”) and Sarah Schechter (“Arrow,” “The Flash,” “Riverdale”). 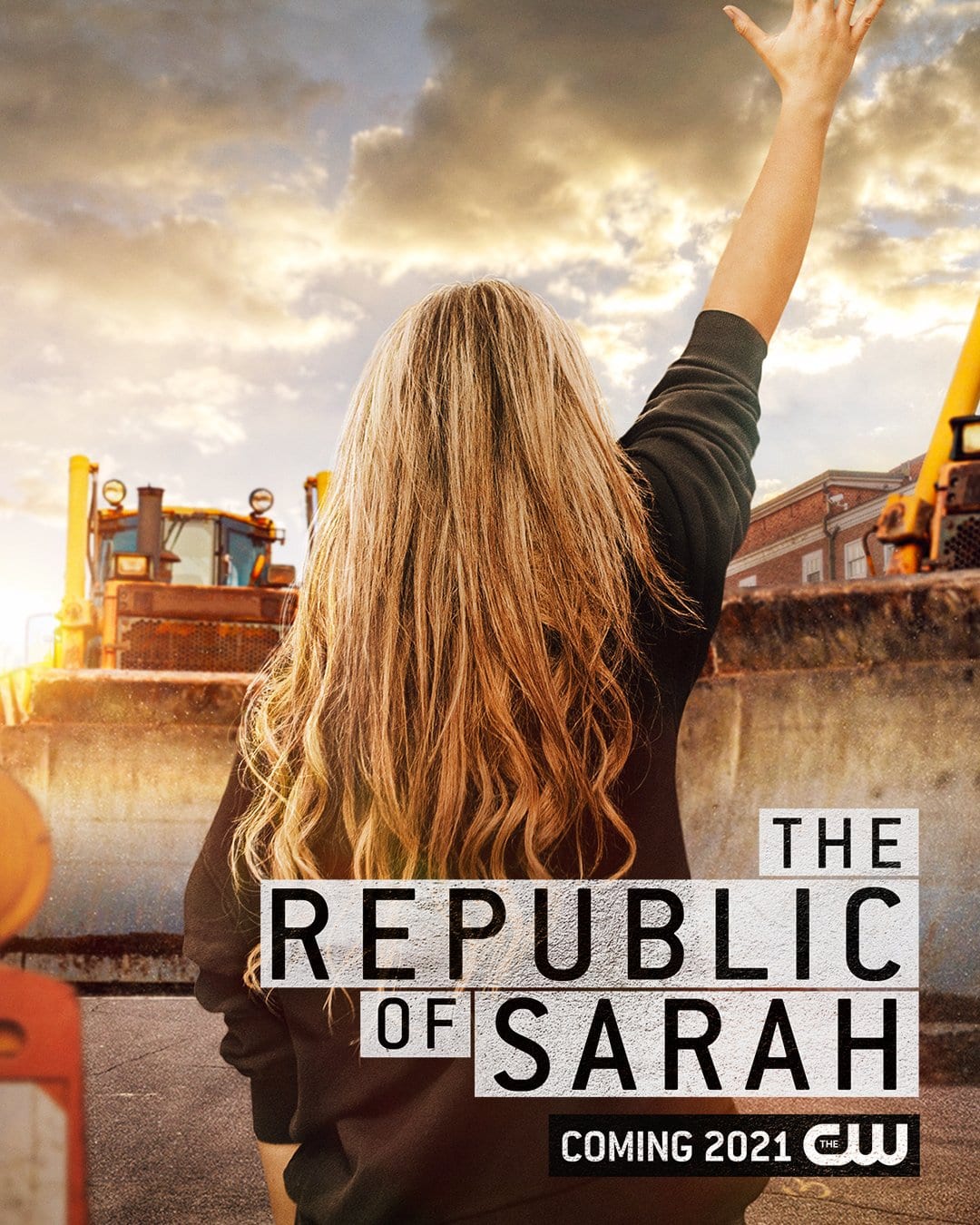 The Republic of Sarah

The bucolic tranquility of Greylock, New Hampshire is upended when a massive vein of coltan – an incredibly valuable mineral used in tech – is discovered under the town. State-backed mining company Lydon Industries swoops in with plans to extract the mineral … plans that include wiping Greylock off the map. With her friends and family in danger of losing their homes, rebellious high school teacher Sarah Cooper (Stella Baker) vows to stop Lydon’s bulldozers. It won’t be easy. Leading Lydon’s efforts is Sarah’s estranged brother, Danny Cooper (Luke Mitchell). After enduring a difficult childhood at the hands of his mother, former state senator Ellen Cooper (Megan Follows), Danny is eager to exact his revenge on a community he feels abandoned him. Sarah enlists her friends – fellow teacher Corinne Dearborn (Hope Lauren), police officer Amy “AJ” Johnson (Nia Holloway), and diner manager Grover Simms (Ian Duff) – in the fight against Danny, but there seems to be no way to stop the town’s impending demise … Until Sarah proposes an oddly intriguing solution: Greylock could declare independence. Citing various historical maps, she explains that the land on which Greylock sits was never properly claimed by the United States. If Sarah and her friends can convince the town to vote for independence, Greylock would gain international sovereignty and could protect its land for good. With the help of a group of supporters that includes three of her teenage students – LA transplant Maya Jimenez (Izabella Alvarez), introspective outsider Tyler Easterbrook (Forrest Goodluck), and preppy “popular girl” Bella Whitmore (Landry Bender) – Sarah and her friends win the vote. And after a federal judge agrees that Greylock isn’t – and never was – part of the United States, the town becomes a new nation. Now, Sarah and her allies must confront an even more daunting task: building a country from scratch. Executive Produced by Jeffrey Paul King (“Elementary”), Marc Webb (“Why Women Kill), Mark Martin (“Rendition”), Jeff Grosvenor and Leo Pearlman, THE REPUBLIC OF SARAH is a production of CBS Television Studios in association with Fulwell 73 and Black Lamb. 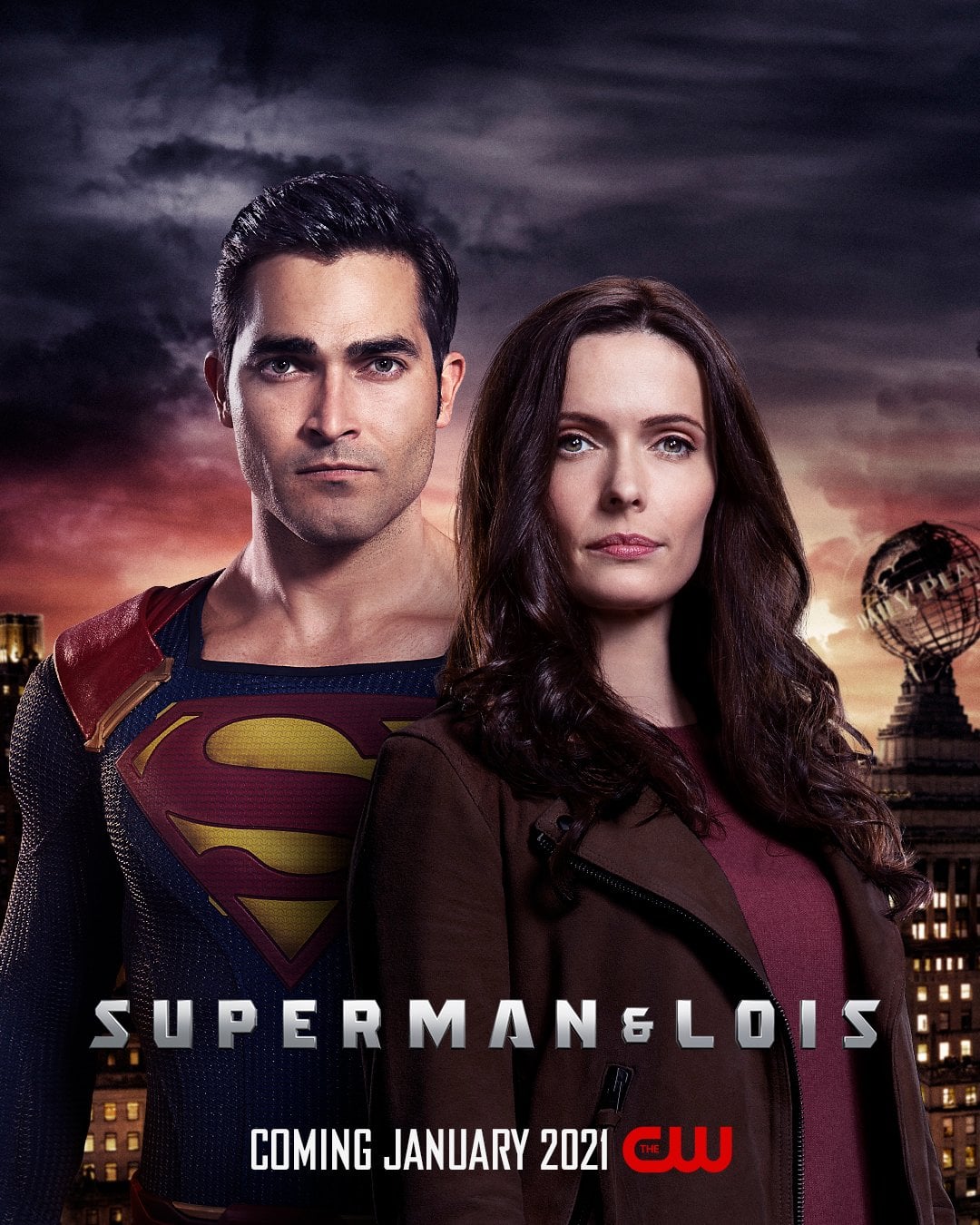 In SUPERMAN & LOIS, after years of facing megalomaniacal supervillains, monsters wreaking havoc on Metropolis, and alien invaders intent on wiping out the human race, the world’s most famous superhero, The Man of Steel aka Clark Kent (Tyler Hoechlin, “Teen Wolf”) and comic books’ most famous journalist, Lois Lane (Elizabeth Tulloch, “Grimm”), come face to face with one of their greatest challenges ever – dealing with all the stress, pressures and complexities that come with being working parents in today’s society. Complicating the already daunting job of raising two boys, Clark and Lois must also concern themselves with whether or not their sons Jonathan (Jordan Elsass, “Little Fires Everywhere”) and Jordan (Alexander Garfin, “The Peanuts Movie”) could inherit their father’s Kryptonian superpowers as they grow older. Returning to Smallville to handle some Kent family business, Clark and Lois are reacquainted with Lana Lang (Emmanuelle Chriqui, “Entourage”), a local loan officer who also happens to be Clark’s first love, and her Fire Chief husband Kyle Cushing (Erik Valdez, “Graceland”). The adults aren’t the only ones rediscovering old friendships in Smallville as the Kent sons are reacquainted with Lana and Kyle’s rebellious daughter, Sarah (Inde Navarrette, “Wander Darkly”). Of course, there’s never a dull moment in the life of a superhero, especially with Lois’ father, General Samuel Lane (Dylan Walsh, “Nip/Tuck”) looking for Superman to vanquish a villain or save the day at a moment’s notice. Meanwhile, Superman and Lois’ return to idyllic Smallville is set to be upended when a mysterious stranger (Wolé Parks, “All American”) enters their lives. Based on the characters from DC created by Jerry Siegel and Joe Shuster, SUPERMAN & LOIS is written and executive produced by Todd Helbing (“The Flash”) and executive produced by Greg Berlanti, Sarah Schechter, Geoff Johns. The series is from Berlanti Productions in association with Warner Bros. Television.

Which series are you most looking forward to? Sound off in our comment section below!