A little over a month ago, we first teased the upcoming movie Telsa, which hits theaters and VOD this coming Friday. The film, which is directed by Michael Almereyda, debuted earlier this year to raving reviews at the Sundance Film Festival!

Telsa tells the story of brilliant, visionary Nikola Tesla, played by Ethan Hawke, and his uphill battle to bring his revolutionary electrical system to fruition. The film tracks Tesla’s uneasy interactions with his fellow inventor Thomas Edison (Kyle MacLachlan) and his patron George Westinghouse (Jim Gaffigan). Another thread traces Tesla’s sidewinding courtship of financial titan J.P. Morgan (Donnie Keshawarz), whose daughter Anne (Eve Hewson) takes a more than casual interest in the inventor. Anne analyzes and presents the story as it unfolds, offering a modern voice to this scientific period drama which, like its subject, defies convention.

In celebration of Telsa‘s release, we have a fun and quirky giveaway from Royal Bobbles for you – we’re giving away (2) Nikola Telsa bobbleheads! 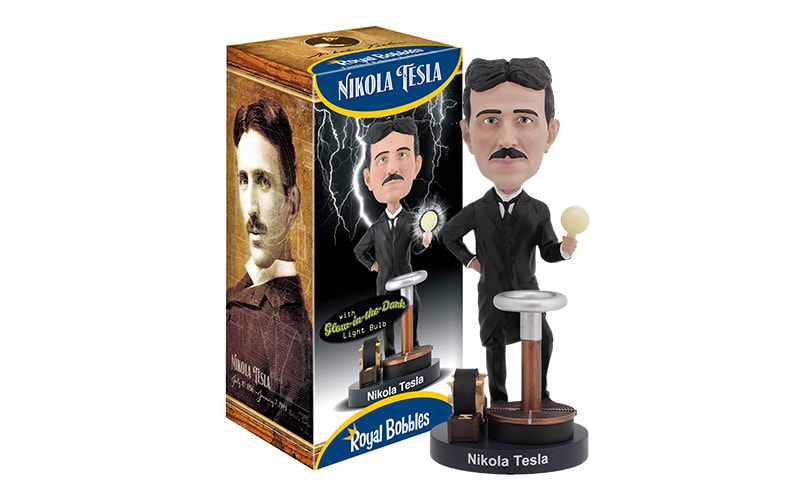 All you need to do to enter to win:

Winners will be announced in the comment section here (and via email) on Friday, August 28th!