Home » Featured » Mondo Vinyl Review: Music From the Motion Picture ‘Back to the Future’

Are you a fan of vinyl records? If so, I think you’re really going to enjoy this release from Mondo that I had a chance to try out. This year is the 35th anniversary of Back to the Future, and with that, Mondo is releasing a new vinyl version of the music from the film. This should not be confused with the score (Mondo is well-known for their score albums). This is actually the music from the film, and with that, there will be a lot of songs you will recognize, most notably those from Huey Lewis and the News. 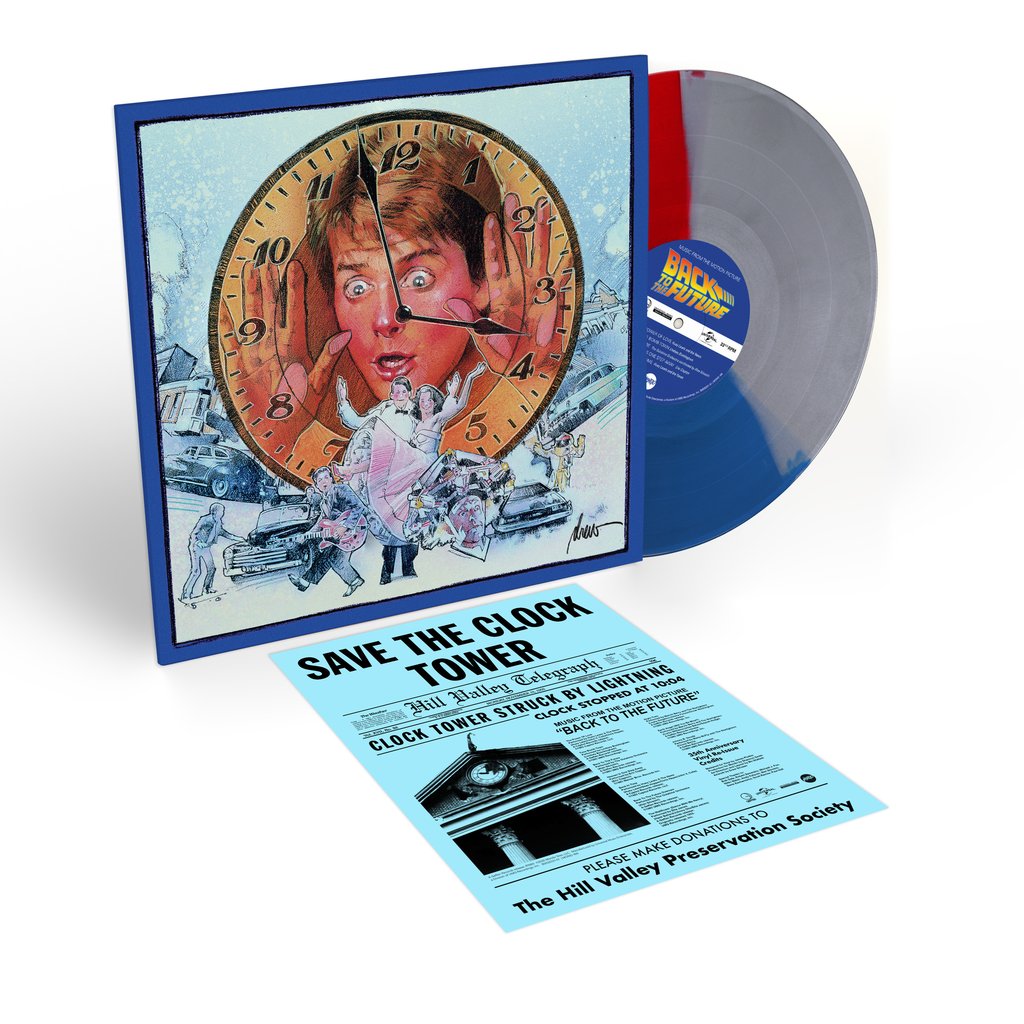 I really love the presentation of this release. Mondo went to Drew Sturzan, who created the original theatrical poster and used some of the unused artwork that was actually done in 1985. It’s not a retro feel or an attempt at looking retro. It literally is retro, and it’s super cool! As you can see from the artwork in the images, the entire cover is full of instantly recognizable images and characters. Inside, you will find an insert that tells the contents of the album, but, as you can see, it is cleverly designed to mimic the “Save the Clock Tower” flyer we see throughout the movie. It’s the little details like that I love. And the pressing itself is cool as well. In a tri-color single vinyl disc, it’s kind of like a piece of art unto itself.

Quality-wise the record is excellent. The music has been newly remastered, and it comes through. Everything is clean, crisp, and (admittedly using a new needle) I go no popping or hissing so often associated with LPs. As for the music itself, you are probably going to love it. It mostly includes well-known music tracks from the film like the above-mentioned Huey Lewis and the News and one by Lindsey Buckingham of Fleetwood Mac, and a rarely heard track from Eric Clapton. It also includes a couple of tracks from the 1950s that are not your usual suspects. Odds are, you don’t have them on your 1950s compilation album (if you have one of those). Most interestingly included are two tracks from Marvin Berry and the Starlighters. You may recall, this is the fictional band from the film, and the Harry Waters Jr, the actor that played the fictitious Marvin Berry, actually does sing lead on these. A cover of Johnny B Goode is credited to Marty McFly and the Starlighters performed in the prom scene, which is actually done by Singer Mark Campbell on vocals and jazz guitarist Tim may on the lead. Check out the full tracklisting below. 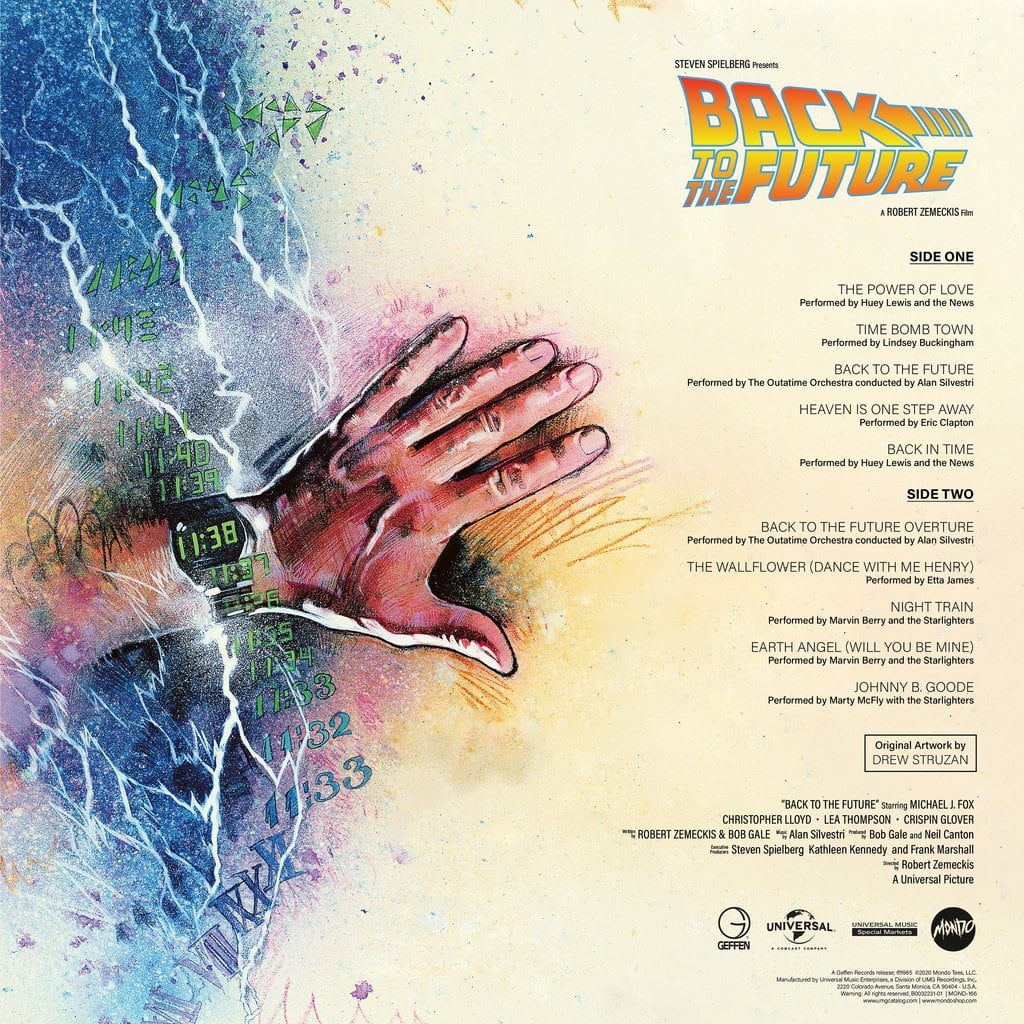 Overall, this is a great addition to any record collection. I love it and might even frame the cover because the artwork is just that interesting to me. But that’s just me – I already have a framed Briefcase Full of Blues album on the wall so why not another, right?

You can pre-order it now from Mondo here!

Mondo Vinyl Review: Music From the Motion Picture 'Back to the Future'