Are you a fan of Breaking Bad? Particularly their somewhat eclectic choice of music on the soundtrack? If you are and love to collect and listen to vinyl records, we have just the thing for you!

El Camino is a sequel movie of sorts (currently available on Netflix) to the AMC series Breaking Bad that picks up right after the series finale’s events. Unlike some of the previous releases we looked at, this one is a double-disc release, so you get a ton of material in the set.

While there is a handful of original “ambiance” type of tracks on the list, most of the 26 tracks are well-known songs from a variety of genres. Don’t get me wrong, the originals (most by composer Dave Porter who has worked on Breaking Bad, Better Call Saul, and The Blacklist) are all great. They really put you in the cinematic state of mind as you listen. The soundtrack list, however, is great. From To Sir with Love by Lulu to Call Me the Breeze by Lynyrd Skynyrd, you will find yourself engaged and rocking out as you listen. Below is the full tracklist. 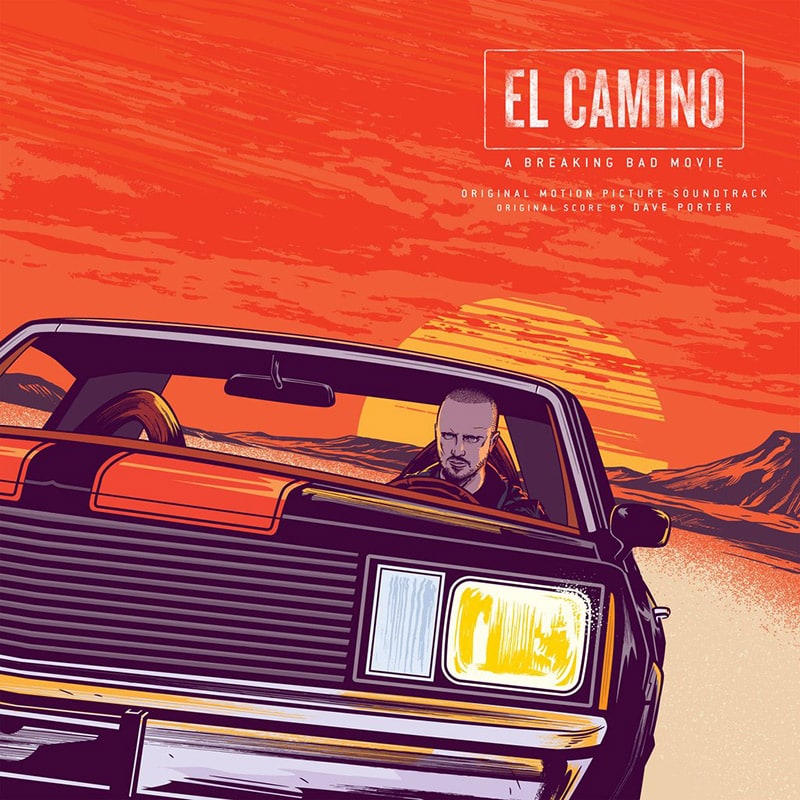 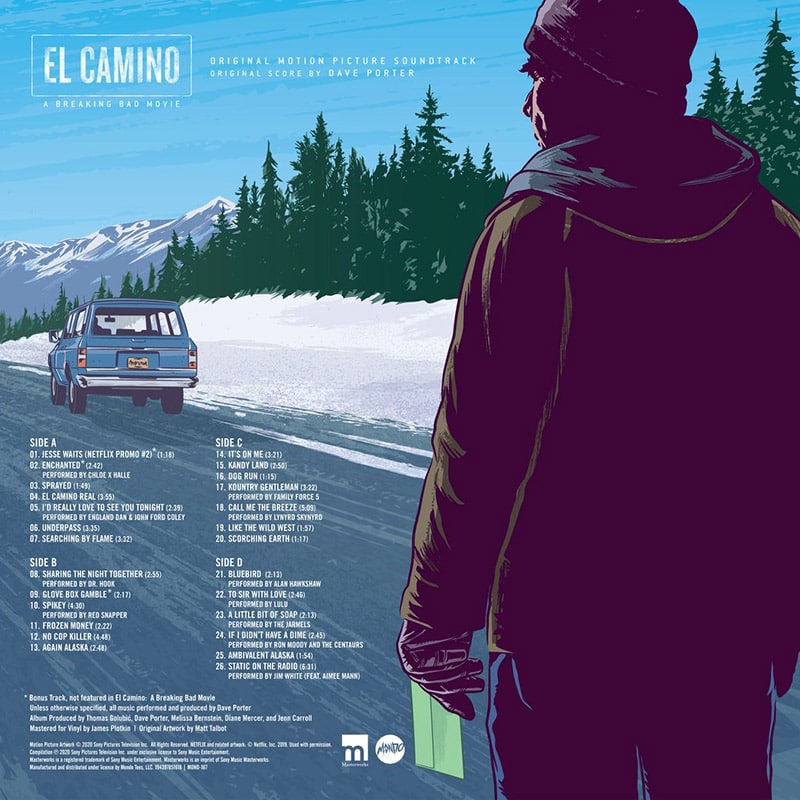 Like some of their other soundtrack releases, Mondo went above and beyond on the artwork for this release. The cover is original artwork by Matt Talbot that uses a brilliant color scheme that captures the tone and feel of the movie and series. The emphasis is on Jesse Pinkman (the primary character of the film) with his images not only on the cover but found on the inner sleeves as well. I found the artwork inside the record album to be amazing! I love when the extra effort is made to make every inch of the release a piece of art.

The pressing itself is cool as well. The disc comes in standard black as well as a green and gold color splatter pattern that is visually appealing… and just cool! There is no price difference between the two-disc versions, so it just comes down to preference. 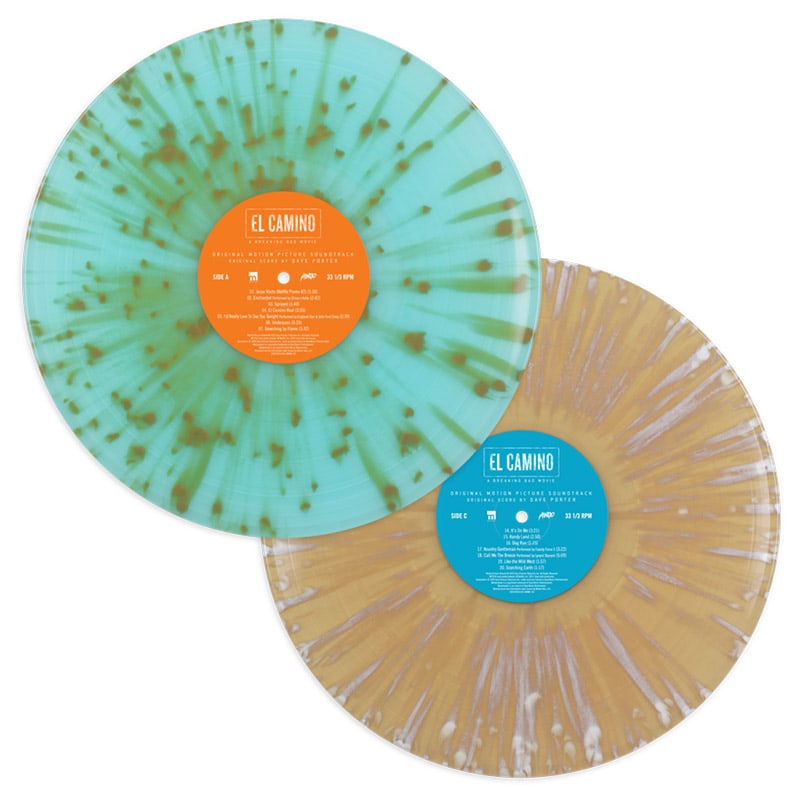 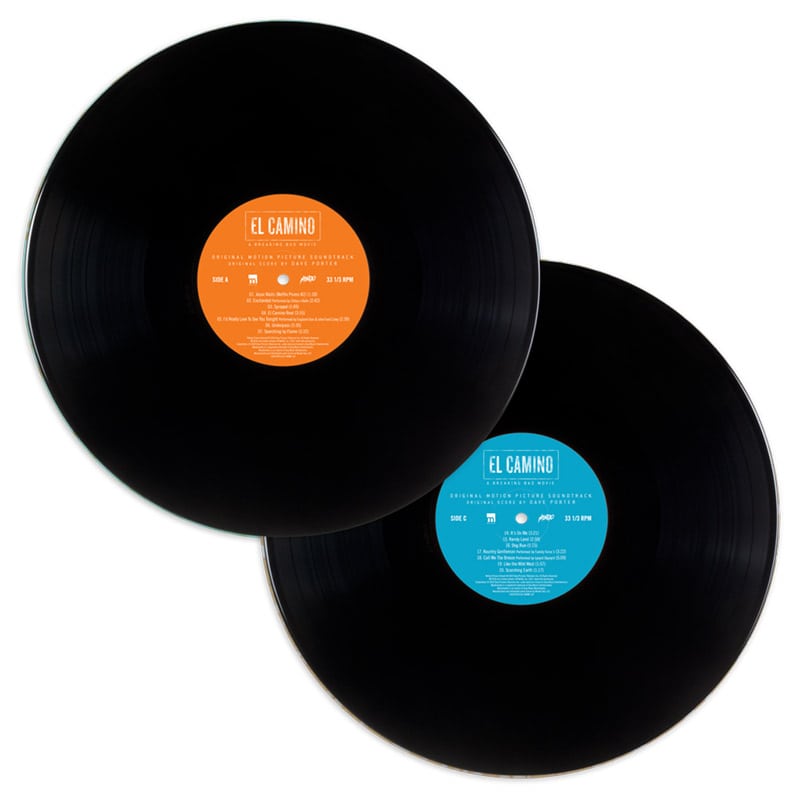 Overall, this is an excellent addition to any record collection. It’s got a cool cover and insert package, and the music will get you pumped up as you listen.