We’ll be picking two winners (to receive a set of each of the DVDs) from the comments below on Wednesday, May 12. So post below – and you’ll hear from us by then if you’ve won!

The Winner will receive an email from us by the end of the day on Wednesday (May 12) requesting your mailing address for the DVD to be shipped to. Be sure to check your spam and promotions folder – and mark our email address ([email protected]) on your whitelist! 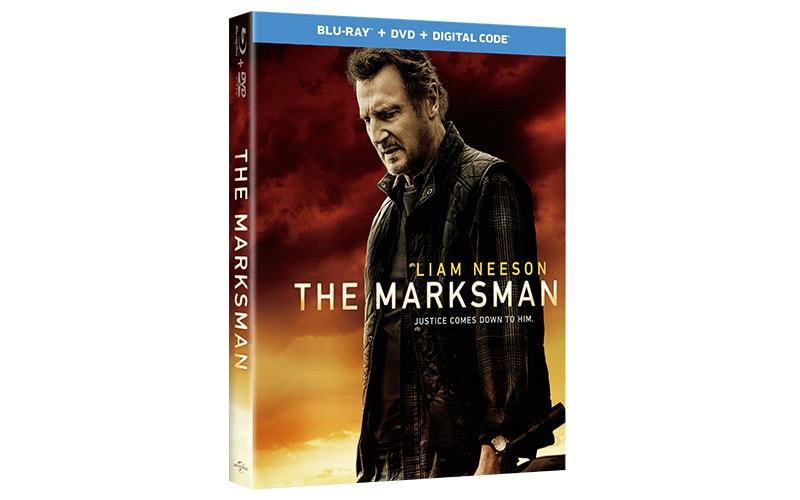 RELEASE DATE
The Marksman becomes available on Digital on April 27th and on Blu-ray and DVD on May 11th!

Ex-Marine and hardened Arizona rancher Jim Hanson (Neeson) simply wants to be left alone as he tries to make a living on an isolated stretch of borderland. But everything changes when he witnesses 11-year-old migrant Miguel (Perez) and his mother (Ruiz) fleeing from a band of assassins sent by a ruthless drug cartel. After being caught in a shoot-out, Miguel’s mother begs Jim to take her son to the safety of their family in Chicago. Defying law-enforcement, Jim and Miguel hit the road and slowly begin to forge an unlikely friendship, while the cartel’s relentless assassins blaze a bloody trail, hot on their heels.