Missing movie screenings? We are too! But we have got good news! We have 25 passes to give away to virtual screening (at-home screening) of Focus Features’ Final Account, which will open in theaters Friday, May 21!

We’ll be giving away (25) passes to the screening (which will take place on Wednesday, May 19 at 7pm EST), and we’ll be picking winners randomly from the comments below. So post below – and you’ll hear from us by Monday, May 17 if you’ve won!

Winners will receive an email from us by end of the day Monday (May 17), on how to access the screening. Email instructions will be sent to the email address you used in signing up for FanBolt. Be sure to check your spam and promotions folder – and mark our email address ([email protected]) on your whitelist! 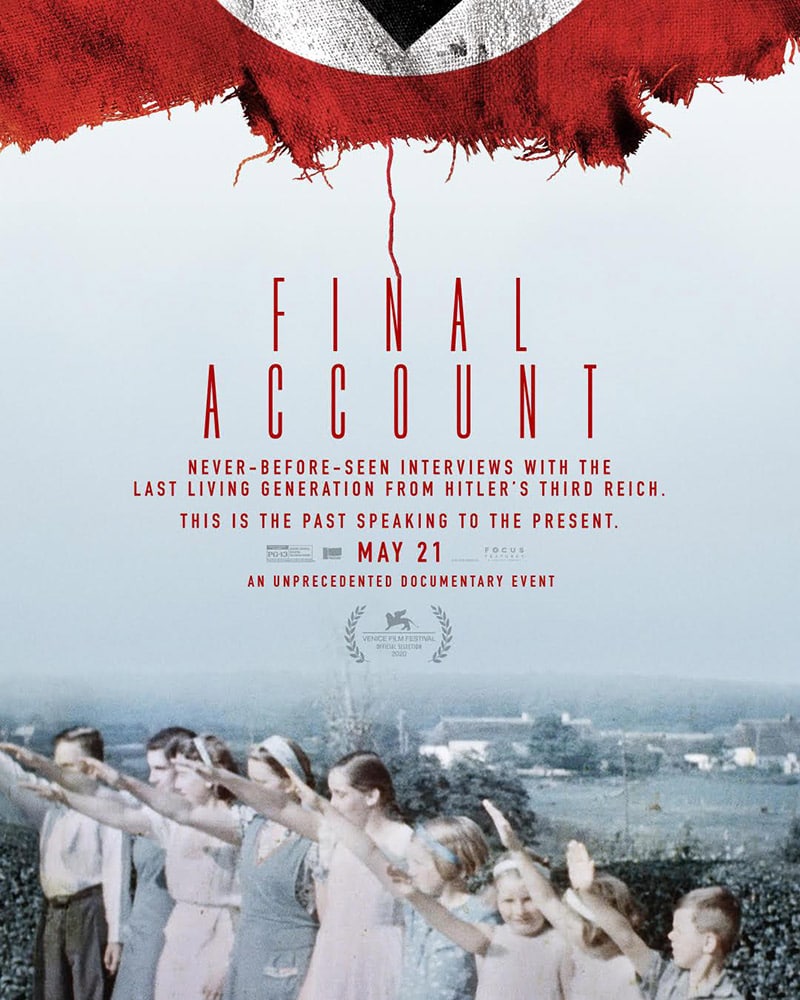 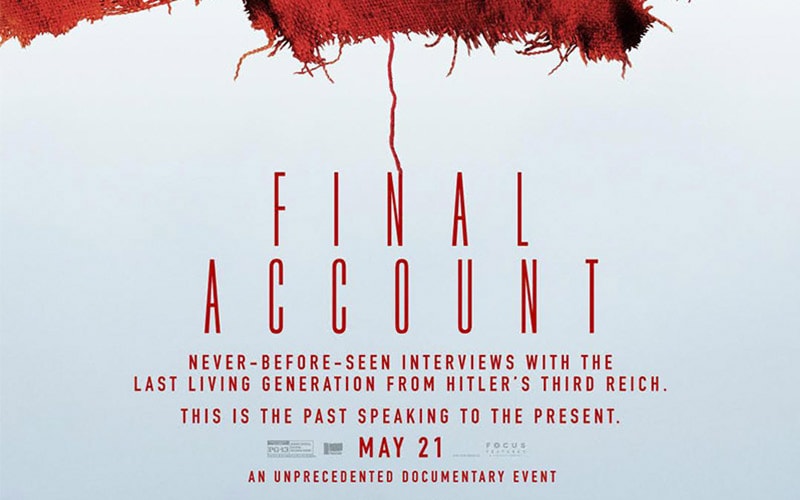 In 2008, British filmmaker Luke Holland began interviewing the last living generation of Germans to have participated in Adolf Hitler’s Third Reich–not the infamously chilling names in history books, but the everyday citizens who carried out the plans made by the architects of mass-scale genocide. These were the young men and women, then just starting their lives, who became SS members, Wehrmacht fighters, concentration camp guards and silent civilian witnesses. More than a decade and 250 interviews later, Holland has created Final Account, a raw and urgent document that reflects, in the most direct and personal way, on the question of how otherwise ordinary, aspirational human beings took part in one of the most extraordinary of all human crimes. As Holland mixes in-depth witness statements, previously unseen archival material and haunting current-day footage, what comes to the fore is a portrait of how rapidly moral norms can evaporate and how myths and denial can fill the vacuum. No two of the film’s subjects have the same response to the reality of the past. In the midst of childhood recollections that quickly turn unsettling–and their attempts to describe the enormity of what they saw, heard, felt and did in the moment—there is both lamentation and justification, reckoning and refusal. At once arresting and troubling in its insistent humanity, Final Account reverberates with themes of our times—examining the perils of authority, conformity, national identity and ideological mythmaking; and laying bare both the dark fog and piercing clarity of human memory.