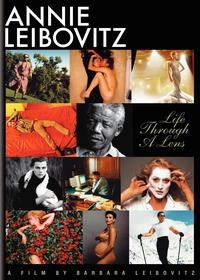 Take a peek into the illustrious career of one of today’s most prolific photographers – Annie Leibovitz. Annie Leibovitz: Life Through a Lens, traces the arc of her photographic life, her aspirations to artistry and the trajectory of her career which has produced some of today’s most recognizable and iconic photos. The film directed by her sister, Barbara Leibovitz, depicts the various phases that shaped her life including childhood, the tumultuous sixties, her transition from Rolling Stone to Vanity Fair magazine and later her most significant personal relationships including motherhood. The film’s highlights center on interviews with her most famous subjects, mentors and colleagues – along with personal insight from Leibovitz herself – to reveal the evolution of inarguably one of today’s most influential visual artists. The film was broadcasted as part of PBS’s award-winning series, American Masters, as the finale for its 20th Anniversary season (2006) and is now available for the first time on DVD.

Review:
As a huge fan of Annie Leibovitz’s work, I was really excited about watching this DVD. Though I wasn’t sure how much more I would learn about her work that I didn’t already know. I was pleasantly surprised by the casual approach to Annie and her work that this DVD took. One of the interviews that is featured took place in Annie’s family station wagon, which she explains is what represents family to her since so much of her childhood took place on the road. She speaks about how she got into photography and why it appealed to her so much.

From behind the scenes of a shoot with Georgie Clooney to a beautiful shoot with Kirsten Dunst, you’re able to get a look at Annie’s work that you haven’t previously been able to see. With interviews from Anna Wintour to Mick Jagger to Hilary Rodham Clinton, a broad range of well-known names speak about Annie’s work and contribution to the field of photography.

You don’t just get a look at Annie Leibovitz’s work with this DVD though; it covers her personal life and family background as well. You see personal photos and home videos from Annie’s childhood accompanied by various interviews with different members of her family. There was a wonderful exhibition going around the country recently featuring Annie’s work, and this DVD seems like it brings that exhibition right into your home. It provides you with a much more in-depth look at her work and her life.

From her work photographing John Lennon to Nixon leaving the White House to her incredible photos of The Rolling Stones, Annie Leibovitz is one of the greatest photographers of all time. If you’re a fan of Annie’s work or a fan of photography in general, this is definitely worth picking up! It contains over an hour of never-before-seen bonus interviews. Also there is a wonderful special feature that allows you to view Annie’s work through five thematic exhibition galleries including: celebrity, commercial work, fashion, photo stores, and work ethic.

I really wish they had a slide show of Annie’s work in each of these galleries, but instead it has more in-depth interviews about these different areas of Annie’s work. Regardless of the special features, it’s a fabulous release that I definitely recommend.