Mary Mouser is an American actress, who is best known for her role as Samantha in the Netflix series, Cobra Kai. She also started as Lacy Flemming in the ABC series Body of Proof from 2011 through 2013.

Having over 50 projects on her resume, Mouser has been working in Hollywood since 2004. So needless to say, Mary Mouser’s popularity has been steadily growing over the last two decades. How have those projects impacted her overall career and net worth? Let’s take a look at Mouser’s career and how success has impacted her.

Mary Matilyn Mouser was born on May 9th, 1996 in Pine Bluff, Arkansas, United States. Her mother is Tina Mouser and her father is Scott Mouser. Mouser has a brother, Aaron Parker Mouser, as well as a sister, Laura Ashley. All three siblings are actors.

Mouser discovered her passion for acting at an early age. The family decided to homeschool her so that she could pursue an acting career while studying. Her mother, who held a Master’s degree in education, took charge of her schooling. And at 16, she earned her high school diploma and started to focus full-time on acting.

When she was 13, Mouser was diagnosed with Type 1 diabetes. Mouser describes the day she received her diagnosis, June 1st, 2009, as a day that changed her life forever. In 2019, she shared a YouTube video talking about the diagnosis and what her journey with it has been like over the last 10 years. While Mouser notes that it’s difficult for her to talk about, she’s hopeful that her story can help others.

Mouser’s first foray into the acting industry took place when she was only 6 years old. It was a very small role as a photo double for Abigail Breslin in the drama film Signs. In 2004, Mouser appeared as a guest star in the CSI TV series, Without a Trace. Mouser was 8 years old at the time.

Soon afterward, her roles began to get bigger. In 2007, the producers of the TV series Life Is Wild chose Mouser to be part of the lead cast. She portrayed the character of Mia Weller for two seasons. Not only was the show successful but it also earned Mouser her first Young Artists Awards nomination.

In the same year, she was selected to play the lead child role in A Stranger’s Heart. This was a made for TV movie on the Hallmark Channel. Once again, she received critical acclaim for her work, and she received another Young Artists Awards nomination for the role. By this point, Mary Mouser’s net worth was slowly starting to increase as she was starting to make a name for herself in Hollywood.

In 2011, she was cast as Lacey Fleming on the ABC series Body of Proof. She also continued taking various roles in TV shows like The Fosters, Criminal Minds, Scandal, and CSI: Cyber. However, it was in 2018 when her acting career really had a turning point. She was picked for the role of Samantha LaRusso in the Netflix series Cobra Kai.

The series has come to life thanks to the creators of The Karate Kid. Set over 30 years after the events of that film, Cobra Kai follows Johnny Lawrence (William Zabka) reopening Cobra Kai dojo and reigniting his rivalry with Daniel LaRusso (Ralph Macchio).

In 2017, Mary was cast as Samantha LaRusso for the (then) YouTube Red series. The show also stars William Zabka as Johnny, Ralph Macchio as Daniel, and Tanner Buchanan as Tommy. And Xolo Mariduena also stars as Miguel Diaz.

Mouser’s performance on the series has been highly praised. She’s earned nominations for a Streamy Award and Gold Derby TV Awards. And in 2018, Mouser also won a Teen Choice Award for Choice Chemistry with her co-star Tanner Buchanan.

In 2005, shortly after she landed her first acting role, Mouser also started doing voice acting work. She was a natural talent, even at a very young age. Among the films she did were Son of the Mask and Final Fantasy VII: Advent Children. She also did voice roles for animated shows like Pom Poko, and Tarzan II, and Nickelodeon’s Holly Hobbie and Friends: Christmas Wishes.

In 2006, she had a big break in voice acting when she was cast to voice the lead character in Eloise. For this role, she received the Outstanding Performance Award at the 2006 Best of Fest Awards. She would go on to lend her voice to the animated series Chowder and the films Bride Wars, The Hole, and Dragon Hunters. 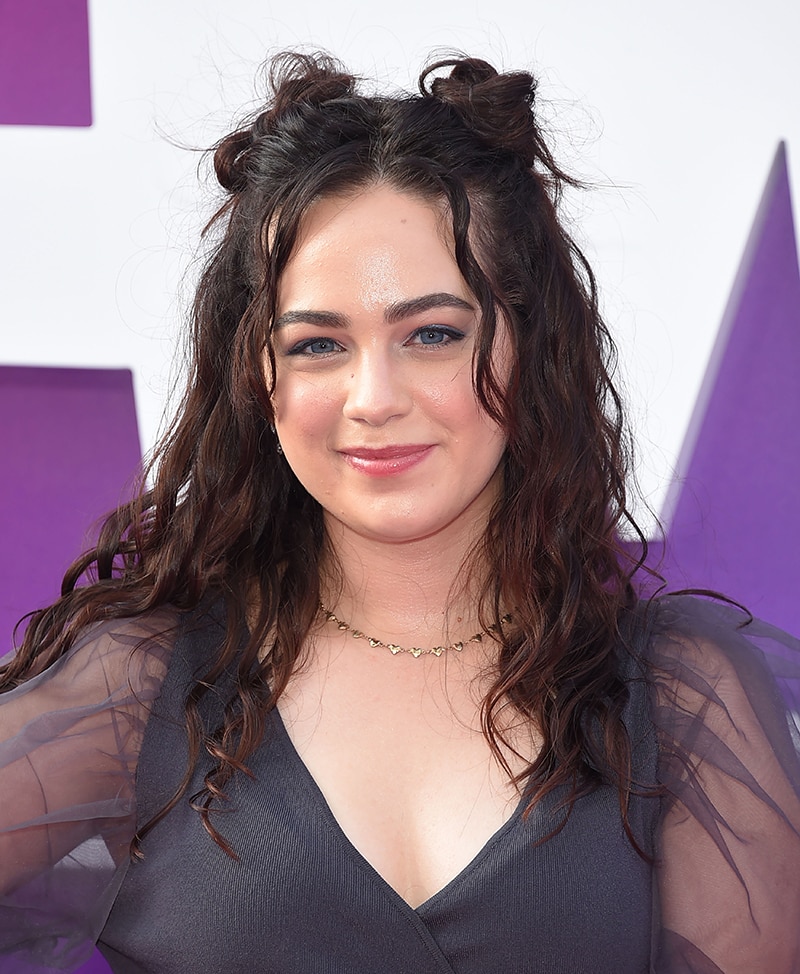 So where does Mouser’s passion for acting originate? The star credits fellow actress Reese Witherspoon with inspiring her to become an actress.

“Honestly, I love Sweet Home Alabama. That was like one of my favorite movies. I think Reese Witherspoon made me really want to act.” Mouser said in an interview with Buzzfeed.

Mouser is currently dating fellow actor Brett Pierce. Pierce is an accomplished choral singer who has performed at Carnegie Hall. He has formal training in film and theater, which he obtained from the University of Southern California. Pierce had appeared in shows such as Grey’s Anatomy, Imaginary Mary, Stuck in the Middle, and Scorpion.

Mouser and Pierce met at a social event in 2015 and instantly hit it off. A month later, they spent an entire day together at Disneyland. And the rest became history, they were officially a couple. The young lovebirds have been together since.

As far as hobbies, when Mouser isn’t working she enjoys spending time painting and playing badminton. She has also mentioned in numerous interviews that she’s a sucker for the fantasy genre and world-building. And she loves escaping into a different realm – especially during 2020 and 2021. (Who could blame her?)

Even though Mary Mouser has been acting for most of her life, her career success only really took off about four years ago. Within that short period, she has become one of the most in-demand young actresses in film and television. Several brands have also taken notice, and this has led to several lucrative endorsement deals as well.

Mouser is still just getting started. Her assets come from combined earnings from movies, TV shows, endorsements, and social media, and with all of that, Mary Mouser’s net worth today is estimated at $2 million.