Anime continues to grow in popularity as an art form and storytelling genre. As more and more continue to be produced, it gets harder and harder to choose the best anime characters, especially with the wide range that anime covers.

Take for example shows like Dragon Ball Z and Death Note are extremely different. However, both are anime.

Here are some of the best strong anime characters to date. 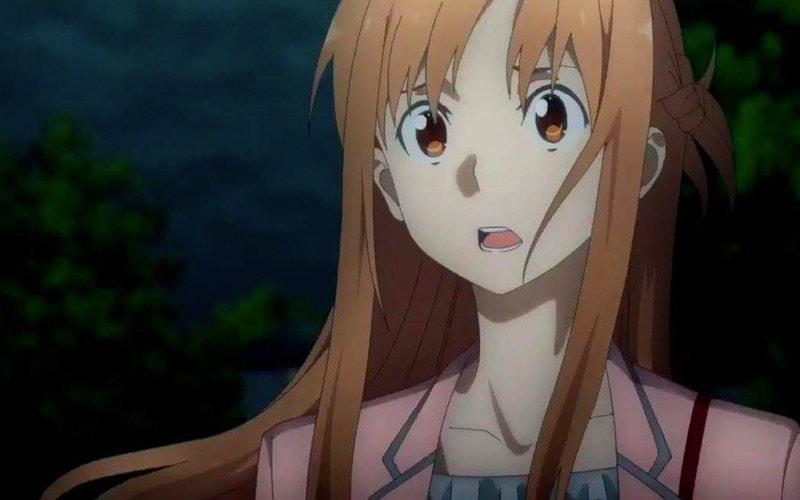 Sword Art Online begins as 10,000 players log on to a virtual reality game with a helmet that connects their brain to the VR space so they can experience the 5 senses in-game. It is revealed after they log in that they cannot log out. In order to survive, they need to beat all 100 levels. If they remove the helmet in real life or die in-game, they die for real.

Asuna is one of the players that log on. Once she meets Kirito, she chooses to survive the game and save as many other players as possible. She is strong, proud, and kind, so while she has a sympathetic heart, she has no problem kicking your butt if you question her.

FMA follows brothers Edward and Alphonse Elric in their journey to become alchemists and regain their bodies after their failed attempt to bring their mother back to life through the taboo art of human transmutation.

After their mother’s death, Ed and Alphonse live with Winry and her family. They reconnect with her after they return to their hometown as adults.

Winry is a training surgeon and mechanical repair specialist and becomes Edward’s personal automail mechanic. She uses her talents to repair Edward’s prosthetic arm and leg whenever it is damaged in battle. She’s incredibly intelligent and strong-willed. And one of our favorite anime characters!

In the Soul Eater universe, a meister works in tandem with a weapon that can turn into a humanoid. By collecting souls, the meister can elevate their humanoid weapon.

Maka is a Scythe Meister at the Death Weapon Meister Academy. She and her weapon, Soul Eater Evans, want to elevate Soul into a Death Scythe.

Maka is a studious teen who is determined to rise the ranks and become the best meister she can be. She is a bookworm, but she lives without fear and has the strength to defend her ideals.

In the Black Clover universe, practically everyone has magic powers. Asta, a young orphan, is born without them, but he is still determined to become the next Wizard King.

Charlotte is a Magic Knight and her job is to protect the Clover Kingdom by leading the Blue Rose Knights as Captain.

As a child, Charlotte was cursed; if she did not find true love, she would lose control of her magic and it would end up killing her and other people. Thinking men were foolish and weak, she vowed to find a cure to the curse on her own. She is quiet, stern, and cold when you first meet her, but she cares deeply for her fellow Magic Knights.

The last of humanity lives inside three gigantic city walls built to keep out the Titans. The series follows Eren Yeager as he works with the military and on his own to end the reign of the Titans after he discovers his magical power.

Mikasa serves in the army, and despite her only wish – to live a peaceful life – she is the best soldier in the 104th Training Corps. Before her parents were murdered, she was cheerful, happy, and innocent. After their deaths, she becomes cool, levelheaded, withdrawn, and strong. Rarely does she panic or desert her logic.

80% of the population is born with superpowers, called “Quirks.” Students with potential are sent to U.A. High School to develop their abilities so they can become Pro Heroes.

Uravity is in Class 1-A and is in training to become one of the Pro Heroes to fight against Villains: those who use their Quirks for evil.

She is bubbly, kind, and fun to be around. And she can be quite blunt without intending to be. She will sometimes burst out in laughter and generally has over-the-top reactions.

Nezuko was turned into a demon by Muzan Kibutsuji. But before she was turned, she was a young girl that was very passionate about her family. And even as a demon, she still protects those she sees as her family.

She does not remember much of her human life. However, she does retain some human emotion. Even though she is generally detached from those around her. Despite all this, she is less vicious than other demons.

Hunters are elite members of humanity who are licensed to track down treasures, rare creatures, and sometimes other people.

The protagonists Gon and Killua meet Bisky as a young girl on Greed Island. In this form, she is a cute anime character.

It’s soon revealed that she is actually a muscled middle-aged woman who becomes their trainer. She helps them refine their nen and search for Gon’s father.

Kirito was one of 1,000 beta testers for Sword Art Online. So when he joins the released game, he has much more experience than the other trapped players.

He becomes a “beater,” a portmanteau of “beta tester” and “cheater” to combat the other beta testers taking advantage of their experience at the expense of new players. His goal is to rescue as many players as possible.

He’s a computer geek and as such, is not great with words. However, he’s incredibly gifted in the game, which is why he bravely uses his skills to rescue others.

These two have to be listed together because the brothers are so dependent on each other. They’ve climbed together through hell and back, never deserting the other.

Edward sacrificed his arm and leg to rescue his brother’s soul after they tried a taboo human transmutation to save their mother. Ed’s journey to become the youngest State Alchemist in history is motivated by his search for the Philosopher’s Stone, the only thing with the ability to restore his brother’s body.

Also known as Captain Levi, Levi is considered humanity’s strongest soldier in the fight against the Titans. He is the squad captain of the Special Operations Squad.

Levi rarely displays his emotion and can come off as blunt. His humor is dark, unsettling, and vulgar. Needless to say, he only listens to those he respects. And Erwin Smith is one of those few people.

Also, he has an obsession with cleanliness, to the point where he will clean a bloody sword on the battlefield.

Growing up with a family of musicians, Soul never wanted to demonstrate his piano skills as he knew his older brother Wes would always sound better. Once he discovered that he was a Demon Weapon, he jumped at his chance to escape the family tradition and pursue the glory of becoming a Death Weapon.

At the Academy, he’s considered cool and laid back. But he also has a fiery temper that rears its ugly head when he gets frustrated.

Bleach follows the story of Ichigo as he becomes the Soul Reaper when the previous Soul Reaper, or “Death God,” could no longer fulfill her duties. And at only 15, he has big shoes to fill as the new Grim Reaper.

After assuming the position, he discovers that his friends also have powers. And they help him on his spirit journey. He’s your typical short-tempered, stubborn, impulsive teen. But with a weighty responsibility on his shoulders.

Gon grows up believing himself to be an orphan. When he discovers that his father is actually a Hunter, he decides that at 12 years old, he too will become a Hunter.

He spent a lot of his childhood in the woods, and he has a way with animals. And in short, he is spirited, curious, adventurous, and friendly. And one of our favorite anime characters!

After his sister Nezuko is turned into a demon, Tanjiro decides to become a Demon Slayer to kill demons, specifically the one who turned his sister. He vows to turn his sister back and is driven by his kindness and the love of his family.

Who Are Your Favorite Anime Characters

So, anime fans: who did we miss? Tell us your favorite anime characters in the comments!

The 16 Best Anime Characters of All Time