It’s time for Breaking Bad fans to finally say goodbye to the character of Jimmy McGill. Better Call Saul Season 6 is the final season of the Breaking Bad prequel (and sequel). And while it’s been fun to discover the origins of Saul Goodman, all good things must come to an end.

So when will the highly anticipated final season premiere? Here’s everything we know so far about what’s to come for the end of the show.

It’s 2004 and Jimmy McGill has officially become Saul Goodman Lawyer, not Saul Goodman Cell Phone Salesman (a play on the words “it’s all good, man). He regains his law license and Howard Hamlin offers him a job at HHM to make up for the bad blood after Chuck McGill’s, Saul’s brother, suicide. Saul refuses the offer in his own way by damaging Howard’s car and disrupting him during business. He chooses instead to pursue his own practice.

After Saul makes an outlandish move in the courthouse without consulting Kim, she insists that they wed so she can have spousal privilege to their legal conversations. Kim and Jimmy get married the next day.

Saul agrees to transport $7 million from a remote site to the courthouse for his client’s bail and it ends with him getting attacked and walking stranded in the desert for two days, leaving him with PTSD.

The season ends with Kim quitting S&C and leaving the Mesa Verde account and helping Jimmy plot how best to get back at Howard by forcing an early settlement in the Sandpiper case.

COVID wasn’t the only setback the Better Call Saul Season 6 production crew faced. After starting shooting in March 2021 in New Mexico, Bob Odenkirk – the star of the show – suffered a heart attack while on set in July.

Once word hit the discussion threads of his collapse, Odenkirk said on social media, “Hi. It’s Bob. Thank you. To my family and friends who have surrounded me this week. And for the outpouring of love from everyone who expressed concern and care for me. It’s overwhelming. But I feel the love and it means so much. I had a small heart attack. But I’m going to be OK, thanks to Rosa Estrada and the doctors who knew how to fix the blockage without surgery… I’m going to take a beat to recover but I’ll be back soon.”

Executive producer Thomas Schnauz explained that following the health scare, production was “moving forward, steady but slow”. And so they didn’t lose too much time, they were “filming scenes that don’t involve Bob right now.”

On November 30, 2021, writer and director Thomas Schnauz tweeted, “I’m leaving the great state of New Mexico today after finishing production on my final episode of #BetterCallSaul.” He directed episodes 1-11, so there were two episodes left to shoot in the 13 episode season at the time of this tweet.

Better Call Saul Season 6 will of course feature the titular character, Saul Goodman, as played by Bob Odenkirk. Odenkirk has been playing this character since 2009 when Goodman joined the cast of Breaking Bad in Season 2.

When asked about his thoughts on his time with this character ending, Odenkirk said, “I have very mixed feelings. I don’t think you can watch the show, and I can’t play this guy, without growing to want him to succeed, liking him, and wanting to be a better version of himself…”

“I’m not sure that’s where he’ll end up, though. I do like him. I think he’s got some good skills. He just doesn’t know where to put them. But also, I’ll be happy to move onto other characters, because I have played him a long time.” Odenkirk continued.

Writer and director Thomas Schnauz told Den of Geek that Odenkirk and Seehorn, “share that indescribable thing when you watch them — when the characters struggle against a system stacked against them, you root for them, but then… when they start ‘breaking bad’ and doing things they shouldn’t, you still root for them! Maybe you’re not rooting for them to succeed in the horrible thing they’re doing, but you’re still with them and shouting, ‘No, turn back! Don’t get caught!'”

Cameos in the New Season

As Season 5 brought us even closer to the beginning of Breaking Bad, some cameos from the original show appeared, such as Hank Schrader played by Dean Norris and Ed Galbraith played by the late Robert Forster.

Bryan Cranston and Aaron Paul said they’d both be happy to make an appearance, as they’re both huge fans of the show, but they’re not sure if it would make sense for the plot. Paul told Digital Spy, “I’m such a big fan of that show. But in the recent seasons, in the flash-forwards, especially now knowing where Jesse is, there’s just no reason for him to be at that place and at that time. I can’t imagine him showing up in Better Call Saul.”

Cranston admitted that he would “be in [Better Call Saul] if Vince Gilligan and Peter Gould, who are co-executive producers on it, wanted me to be in it. I’d do it in a second.” 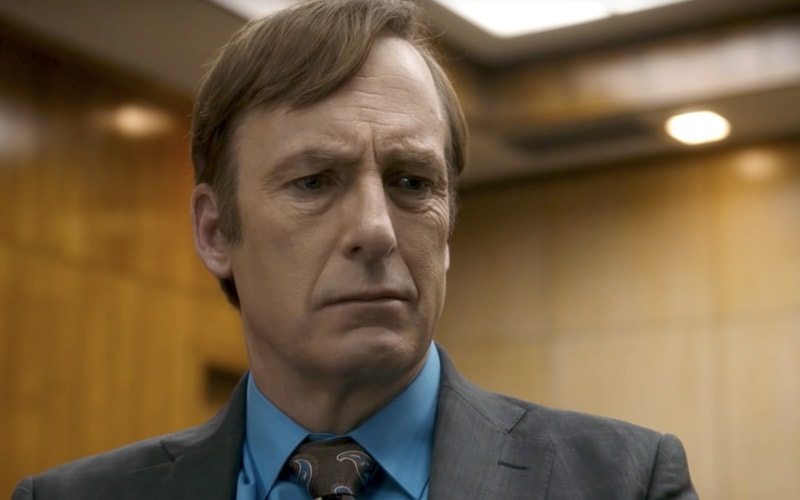 The first five seasons of Better Call Saul were 10 episodes each, but for the sixth and final season, there will be 13 episodes. This will put the length of the show at 63 episodes: 1 more than Breaking Bad’s 62.

On February 10th, 2022, AMC announced the official season 6 release date on Twitter. You can expect the final season to premiere on April 18, 2022. This being noted, the final season will be split into two parts, not unlike the final season of Breaking Bad. After the first seven episodes air, the second half of the season (the last 6 episodes) will premiere on July 11, 2022.

You didn’t see anything.

Are you excited for Better Call Saul Season 6? Sound off with your thoughts in the comment section below!