Dwayne The Rock Johnson has certainly carved a name for himself as one of the most bankable action stars of his generation. But before he entered the world of Hollywood, the actor was a very popular professional wrestler. Alongside all of these, he is also quite the entrepreneur. It is therefore no surprise that Dwayne Johnson’s net worth comes to a pretty impressive amount.

Dwayne Johnson was born on the 2nd of May 1972 in the city of Hayward in California. His father’s name was Rocky Johnson and he was a professional wrestler, which is why Johnson also had an early interest in the sport. They moved around a lot when Dwayne was a child, relocating to New Zealand, then Connecticut, then Hawaii, then Tennessee, where Dwayne attended high school.

As a promising athlete, Johnson received a lot of scholarship offers to play college football. He selected the University of Miami where he enjoyed a full scholarship. He was a key player when the Hurricanes played in the national championship. However, he suffered a series of injuries that ended his college football stint.

Johnson has been married twice. His first wife Dany Garcia is a professional bodybuilder and a highly successful businesswoman. Together, the couple founded the Teremana Tequila brand and established the Project Rock Collection under the clothing brand Under Armor. They have a daughter together named Simone Alexandria.

Although the couple did separate in 2007, it was an amicable parting of ways and they eventually had the divorce finalized in 2018. The two still work together as business partners to this day.

Johnson is currently married to Lauren Hashian, with whom he has two children, Jasmine and Tiana Gia. Lauren is a professional singer who is also now known for her role in Red Notice. The family lives in their home in Los Angeles but they also have properties in Florida and Virginia.

Soon after college, he decided to pursue a career in wrestling. Both his father and grandfather were professional wrestlers during their time.

As a professional wrestler, Johnson was simply known as “The Rock”, a moniker that keeps to this day. He began as Rocky Maivia, a combination of the ring names of his father and grandfather, but decided that “The Rock” had a better appeal to the audience.

Johnson earned quite a huge following during his wrestling career, which spanned nearly a decade. He had a charisma that drew a lot of fans, even if he portrayed a villain character in the ring. In World Wrestling Entertainment, he became the world heavyweight champion a total of nine times.

When he started wrestling, Johnson was paid a measly $40 per match. By 2018, the WWE was paying him a salary of $89.4 million a year, making him the richest WWE wrestler. Today, he still has Rock earnings of $65 million annually.

Johnson’s first stint as an actor was in 1999 in Beyond the Mat, while he was still at the peak of his wrestling career. But it wasn’t until 2001 that his first big break in acting came when he was cast as the Scorpion King in The Mummy Returns. His character was such a hit that they created a spin-off the following year, entitled The Scorpion King, giving Johnson his first starring role, and $5.5 million in salary.

Following the success of his first movies, Johnson soon had a string of other blockbusters, most of which are family-oriented films, like Race to Witch Mountain, G.I. Joe: Retaliation, San Andreas, and Moana.

He has also become famous for his role as Luke Hobbs in the Fast and Furious series. His character was introduced in Fast Five and appeared in the succeeding installments of the franchise. Likewise, the Jumanji films also did very well partly due to the acting prowess and charisma of The Rock. 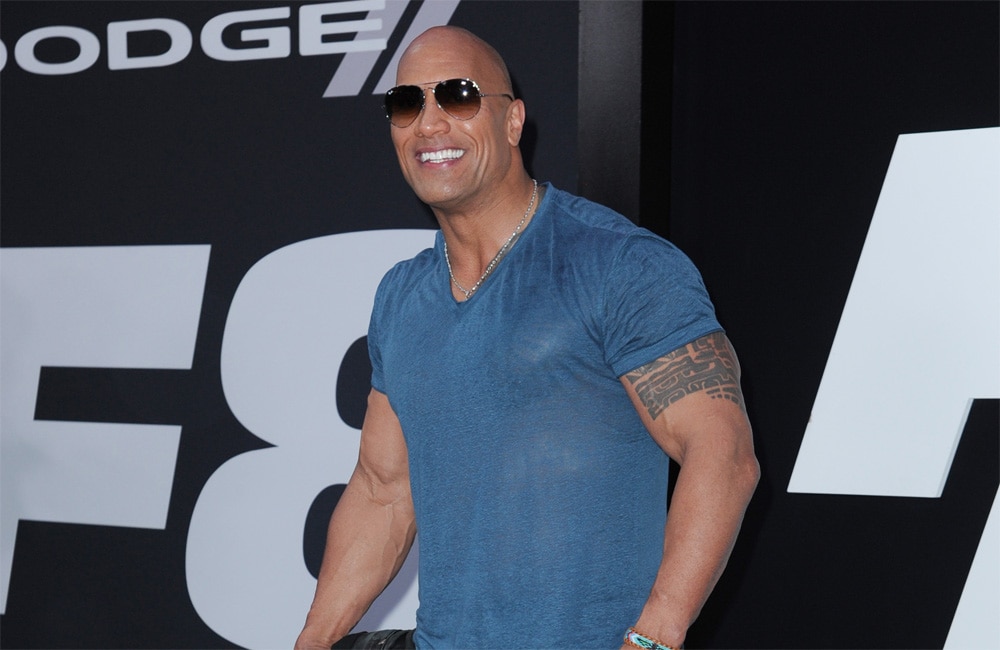 Dwayne Johnson is the Highest-Paid Actor

Johnson has had a very successful career in the movie industry so far. Most of his movies have been blockbusters, including his recent Netflix film, Red Notice, where he reportedly earned $23.5 million for his role as John Hartley. He has also been successful in the sitcom Young Rock, as well as the host for the Titan Games. Johnson now earns at least $20 million for each movie role.

Johnson may not have won Oscars for his portrayals but he has definitely won the hearts of the audience. This is evident in the number of People’s Choice Awards and Kids’ Choice Awards that he has collected over the years from the popular roles that he has portrayed.

In addition to his relentlessly busy schedule making movies, Johnson also has a lot of active business ventures. In 2016, Johnson signed a deal with Under Armor for the launch of Project Rock, which consists of a variety of merchandise including bags, shoes, clothing, and many more. Johnson is also part owner of Voss Water, a Norwegian brand of bottled water.

Johnson has a 40% stake in Teremana Tequila, a tequila company that is valued at about $2 billion. He has co-founded the company with his business partner and now former wife Dany Garcia. The Teremana brand earnings make up a considerable portion of Dwayne Johnson’s net worth.

Being the true blue athlete that he is, and a former football player at that, Johnson had recently acquired the American Football League XFL in 2020.

At the beginning of 2021, Dwayne Johnson’s net worth was valued at $320 million. But today, his net worth has more than doubled to $800 million, and that is not bad at all by any means. Most of his earnings come from what he earns from his continuous movie deals. But a considerable amount also comes from his TV series and the revenue from his merchandise.