Ashton Kutcher is an American actor, model, TV host and investor. He rose to fame with his role on That 70s Show and proceeded to appear in a number of successful films.

While he has earned quite a bit from acting, recently Ashton Kutcher’s net worth comes more from his various technology investments. From acting to investing, read on to learn about Kutcher’s successes and have they’ve impacted his net worth.

Christopher Ashton Kutcher was born on February 7th, 1978, in Cedar Rapids IA. He comes from a mix of German, Czech and Irish ancestry. His father, Larry, worked at a factory. His mother, Diane, was employed by Procter & Gamble.

Kutcher has an older sister who is named Tausha and a fraternal twin brother named Michael. Michael was born with cerebral palsy. And he is one of the spokespersons for Reaching for the Stars, a foundation dedicated to improving the quality of life of people with cerebral palsy.

Kutcher started to attend Washington High School, then moved to Homestead and transferred to Clear Creek Amana High School. He then attended the University of Iowa for a while. But he eventually dropped out. He wanted to become a professional model. So he found himself moving to New York City.

Soon enough, he landed a contract with Next Management modeling agency. This led to some really good modeling stints like campaigns for Calvin Klein and walking runways in Milan and Paris. But then, Kutcher realized he wanted something more. And that was when he moved to Los Angeles to try his hand at acting.

Not long after he arrived, Kutcher was cast as Kelso in That 70s Show. It was a role that would catapult him to international fame. He starred in the show from 1998 to 2006. As the show propelled him to popularity, he became very much in demand both in TV and in film. From almost nothing, Ashton Kutcher net worth was at $20 million by the time the Fox series ended.

During the run of the series, Kutcher starred in a number of commercially successful films. Some of the more notable ones were Dude, Where’s My Car?, Just Married, and Guess Who’s Coming to Dinner. He also took on a few drama roles, like the one in Butterfly Effect. 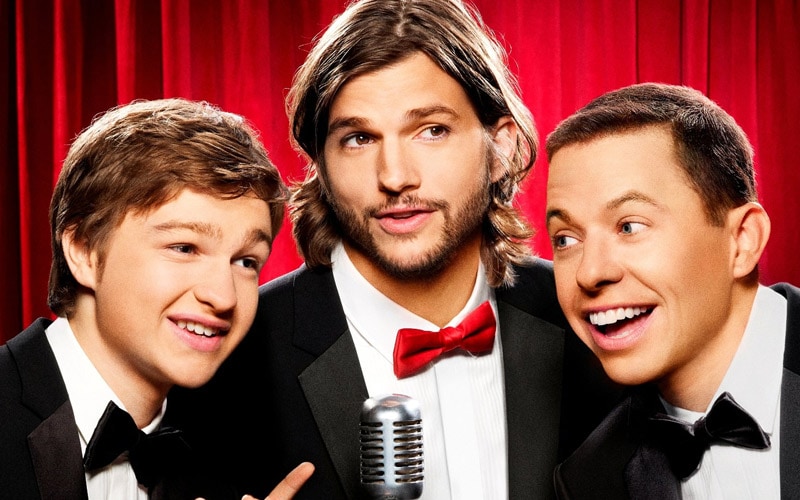 In 2011, Charlie Sheen suddenly left the cast of the CBS sitcom Two and a Half Men, and Kutcher was cast to take over Sheen’s role. It turned out to be a very profitable move for Kutcher. During the peak of the show’s popularity, Ashton Kutcher earned a salary of $800,000 per episode. And with this, Kutcher became the highest paid actor on television at the time.

After Two and a Half Men ended, Kutcher worked on a couple of other TV series. In The Ranch by Netflix, Kutcher appeared in the lead role in all of 80 episodes. He has also done a considerable amount of voice acting for Family Guy. In 2017, he also appeared as a guest (not a contestant, let’s be clear) on The Bachelor.

There is one thing that makes Ashton Kutcher quite different from the rest of the million dollar Hollywood celebrities. He actually makes a considerable amount of money outside of acting. He has embarked on a number of business endeavors and these risks have played out very well.

Kutcher is quite well known today as a venture capitalist. He is not just an ordinary investor either. He is actually one of the founders of venture capital firm A-Grade Investments.

Kutcher started the firm in 2010 with Ron Burkle, a billionaire investor and Guy Oseary, an entertainment manager. This was the time that Ashton Kutcher’s net worth really started to skyrocket.

Over the years, Kutcher has invested in companies, many of which were startups. Some of his more lucrative investments were Airbnb, Uber, Spotify, Soundcloud, Zenreach, Shazam, Neighborly, and Kopari Beauty, among many others.

Reports say that Kutcher started with $30 million. Together with his team, they managed to multiply this into $250 million worth of assets.

In addition to these ventures, Kutcher is also one of the owners of Dolce, an Italian restaurant in Los Angeles. The other owners are his co-stars from That 70s Show Wilmer Valderrama and Danny Masterson.

Kutcher has also been earning a notable amount by flipping real estate properties. For example, in March 2012, he purchased a Hollywood Hills home for approximately $8.5 million. Two years later, he listed it for sale at $12 and eventually sold it at $9.925 million.

Shortly afterward, Kutcher and his wife Kunis bought a $10.2 million estate in Beverly Hills. In 2020, they listed it for sale at $14 million. This is after they had already purchased another home along the beach in the neighborhood of Santa Barbara, CA.

Kutcher has been married to actress Mila Kunis since July 2015. Though the couple had been an on-screen couple on That 70s Show, they had never dated in real life. But as fate would have it, they actually ended up together. They have two children – daughter Wyatt Isabelle was born in 2014 and son Dimitri Portwood was born in 2016.

Previously, Kutcher was married to actress Demi Moore. Moore was 15 years his senior, but after two years of dating, the pair married in September 2005. After 8 years together, Moore and Kutcher filed in 2013.

Since getting his first role two decades ago, Kutcher has earned over $182 million for acting. He has also made over $78 million from investments. And he’s made close to $64 million in endorsements. Adding his other income from producing, guest appearances, hosting, and so on, he has made more than $332 million so far.

Kutcher does have a rather luxurious lifestyle, and his taxes add up as well. But even if we deduct all this from his earnings, Ashton Kutcher’s net worth is still estimated at around $200 million.