‘Once Upon A Time’ Review: Snow Falls 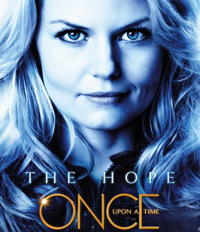 The pilot of Once Upon A Time captured our attention, but last night’s episode had to be the best episode yet. In ‘Snow Falls,’ Henry (Jared Gilmore) is convinced that the comatose ‘John Doe’ (Josh Dallas) is Emma Swan’s (Jennifer Morrison) father, Prince Charming. On Henry’s behalf, Emma convinces Mary Margaret (Ginnifer Goodwin) to read a story to John Doe, and is surprised by the outcome. Meanwhile, back in the fairytale world, the real story of Prince Charming and Snow White is revealed.

First off, let me just say that Ginnifer Goodwin’s performance brought tears to my eyes. She was phenomenal. After her character, Mary Margaret, read to the comatose ‘John Doe,’ a surprising event happened. After not being responsive for years, he touched Mary’s hand. This initially shocked her, but it seemed as though something clicked. This could possibly be the beginning of Snow White and Prince Charming’s memory returning. I know the show just started, but I already want Emma, Mary, and John/David/Prince Charming/James to be reunited as one big happy family.

The next day Henry, Mary, and Emma meet up to discuss the happenings of Mary’s late night story to John Doe. After Mary explains that he was responsive, they rush over to the hospital, only to find a missing John Doe, and Regina’s (Lana Parrilla) smug look slapping them in the face. Not good.

It turns out that he walked out in the middle of the night into the woods.

“His first instinct was to go find something, I guess.” -Dr. Whale (David Anders)

Without Mary’s CPR skills, and the will that drove her to find him, John Doe, the most handsome character on the show, would be dead. It seemed as though she got her hopes up on the soul mate thing. When their lips touched (during the CPR) it was as if it was love at first kiss. The acting in this scene was outstanding, and so heartbreaking.

Just when we think that Snow White and Prince Charming are finally reunited, something unexpected happens. — John’s married! Our dreams are now crushed, and so are Mary’s.

“Not having a happy ending is painful enough, but giving someone unrealistic hope is far worse.” -Emma Swan

Here we thought that the story of Snow White and Prince Charming was simple. They met, fell in love at first sight, she ate a poisoned apple, and went into an eternal sleep until her one true love kissed her. We were WAY off.

“There’s no such thing as love at first sight, or first kiss.” -Snow White

Prince Charming and Snow White met under strange circumstances. What brought them together wasn’t love at first sight, but the fact that she robbed him. In an attempt to get his stolen belonging’s back, some that include a ring he was planning on giving to his fiancee, Snow and Prince Charming begin on a journey through the woods.

On the way, we learn a few things. The first, and most shocking, is that Prince Charming has a name. James. Secondly, we find out that Snow White is on the run from the Evil Queen. It turns out that the Evil Queen wants her heart– Literally.

During their journey, the two take turns saving each other’s lives from trolls and evil knights, while looking extremely adorable while doing it. It’s official, Snow White and Prince Charming need to get their memory back N-O-W!

This episode was flawless. I honestly enjoyed every minute of it, and I was disappointed when it ended. There is always a point in a television series where you realize that it’s amazing, and it’s going to be a hit. ‘Snow Falls’ was that episode.

<span style="font-size: 9.0pt; font-family: 'Helvetica','sans-serif'; mso-fareast-font-family: Calibri; mso-fareast-theme-font: minor-latin; color: black; mso-ansi-language: EN-US; mso-fareast-language: EN-US; mso-bidi-language: AR-SA;">Dhalyn is a contributing writer for FanBolt. She lives for writing, TV, fashion, and social media, as well as traveling the world. With that said, Dhalyn tries greatly to infuse her passion and interests into what she posts on the site. Currently for FanBolt, Dhalyn is writing reviews, updating on celebrity news, interviewing, etc.</span>