Mark Wahlberg is an American-born actor best known for his roles in Boogie Nights, The Departed, and Ted. Having started in Hollywood in the early 1990s, Wahlberg has more than 75 movies and television series.

However, it’s not just his work on screen that has contributed to his financial success. Mark Wahlberg’s net worth is also impacted by his work as a producer, the burger chain he owns with his brothers, a bottled water company he co-owns, and more. Read on to discover Wahlberg’s most successful projects and trace his career from his early days until now.

Mark Robert Michael Wahlberg was born on June 5, 1971, in Boston, Massachusetts. His mother, Alma Elaine Donnelly, worked as a nurse’s aide and a bank clerk. His father, Donald Edmond Wahlberg Sr., was a driver and a soldier. Wahlberg is the youngest of a brood of nine, including actor Robert Wahlberg and singer Donnie Wahlberg.

When Wahlberg was 11 years old, his parents got divorced. So he spent his time alternating between both of them. He attended Copley Square High School in Boston, but unfortunately, he got involved in drugs and did not graduate.

In 2013, at 42 years of age, Wahlberg officially graduated from high school and received his diploma.

Long before Wahlberg became one of Hollywood’s richest actors, he had a thriving music career. He began as one of the original New Kids on the Block alongside his brother Donnie. However, he quit the group after just a few months.

In 1990, Wahlberg formed the group Marky Mark and the Funky Bunch with Scottie Gee, Hector the Booty Inspector, Ashley Ace, and DJ-T. Their debut album, Music for the People, included the hit song “Good Vibrations.” It shot to the top of the Billboard Hot 100 and was later certified as platinum.

Wahlberg’s first venture into professional acting was in the TV movie The Substitute in 1993. The following year marked his big screen debut in the Danny Devito film Renaissance Man.

Unfortunately, the film wasn’t financially successful, only earning $24 million worldwide on its budget of $40 million.

It was in 1995 that critics started taking notice of Wahlberg. That year, he starred in The Basketball Diaries alongside Leonardo DiCaprio. It’s reported that he was paid $60,000 for the performance.

A year later, he was cast in his first starring role as David McCall in Fear. His salary had a notable increase as it’s reported that he received $250,000 for the part.

In 1997, Mark Wahlberg’s net worth got its first big boost from the big screen. He received his first 7-digit paycheck for Boogie Nights, where he played Dirk Diggler. It’s reported that he was paid $1 million for the role.

The Paul Thomas Anderson-written-and-directed film also starred Burt Reynolds and Julianne Moore. It was moderately successful, making $43.1 million over a budget of $15 million.

Over the next few years, he starred in more films, such as The Big Hit, The Corruptor, and Three Kings, for which he reportedly received a salary of $2 million.

In 2000, Wahlberg starred opposite George Clooney in the disaster flick The Perfect Storm. It more than doubled its budget of $140 million with global box office earnings of $328.7 million. Wahlberg reportedly received a salary of $1 million for the film.

Planet of the Apes

The movie grossed $362 million in worldwide ticket sales against its budget of $100 million.

The next major role to impact Mark Wahlberg’s net worth was 2006’s The Departed, where he took on the role of Staff Sergeant Sean Dignam.

Starring alongside Leonardo DiCaprio, Matt Damon, and Jack Nicholson, Wahlberg gave an award-worthy performance. The film earned him his first Best Supporting Actor nomination for both the Academy Awards and the Golden Globe Awards.

The Martin Scorsese-directed film made $291.5 million at the worldwide box office on a budget of $90 million. And Wahlberg reportedly received a salary of $5 million for the project.

Earlier in the same year, Wahlberg also received another $5 million paycheck for his performance in Invincible.

In 2010, Wahlberg starred in another box office hit, The Fighter, alongside Christian Bale and Amy Adams. With a budget of $25 million, this film raked in more than $129 million in theaters worldwide.

Wahlberg’s salary was a little smaller for this film at $500,000. However, he got his second Golden Globe nomination for this role, this time in the Best Actor category.

In 2012, Wahlberg starred in Ted. The movie tells the story of John Bennett, played by Wahlberg, whose childhood wish of bringing his teddy bear to life came true. Fast forward a few decades, and now Bennett has to choose between the relationship with his bear, Ted, and his girlfriend, played by Mila Kunis.

With a budget of $50 million, which included Wahlberg’s reported salary of $7.5 million, the film recouped all expenses on opening weekend alone, making $54.4 million. Its total global box office sales amounted to a whopping $549.4 million.

The movie’s success paved the way for the 2015 sequel, Ted 2. With a budget of $68 million for the project, the film made $215 million worldwide.

As of 2022, this is Wahlberg’s third-highest-grossing movie.

Another significant boost to Mark Wahlberg’s net worth came in 2014 with Transformers: Age of Extinction. Wahlberg was reportedly paid $17 million for the job. And, like the previous Transformers movies, this fourth installment of the franchise earned a massive $1.1 billion at the global box office against a budget of $210 million.

As of 2022, this is Wahlberg’s highest-grossing film.

In 2019, Wahlberg reprised his role as Cade Yeager in Transformers: The Last Knight. He reportedly got paid $40 million for the part.

The film was another success for Paramount Pictures, bringing in $605.4 million on a budget of $217 million.

As of 2022, this is Wahlberg’s second-highest-grossing movie. 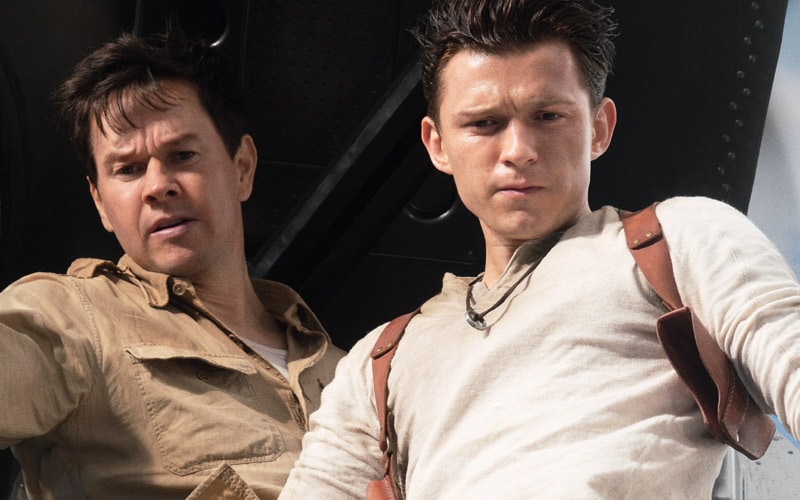 In spring 2022, Wahlberg starred opposite Tom Holland in Uncharted. The film, which is based on the video game of the same name, was a success at the box office, grossing $401 million against its budget of $120 million.

As an actor-producer, Wahlberg has been increasingly busy in recent years doing work for both film and television. Some of the notable films that he both produced and starred in were Patriots Day, Mile 22, and most recently, Father Stu and Me Time in 2022.

Together with his brothers Donnie and Paul, Mark owns the burger chain Wahlburgers. The chain even led to a reality series, Wahlburgers, which aired from 2014 until 2019 and featured the Wahlberg family.

Each year, Mark Wahlberg’s net worth gets a significant boost from the burger chain’s revenues.  And today, the 49 Wahlburger outlets across the country generate more than $100 million in yearly sales.

Wahlberg has a knack for making profitable investments. In 2013, he acquired partial ownership of a cricket team in Barbados. And in 2015, Wahlberg invested in Aquahydrate, a bottled water company, along with Sean “Diddy” Combs and Ron Burkle.

In 2018, Wahlberg purchased an Ohio Chevy dealership with Jay Feldman and renamed it, Mark Wahlberg Chevrolet. Then, in 2019, he invested in F45 fitness, buying 2.2 million shares in his name.

He also owns an additional 5.8 million shares through a company called MWIG, which he co-owns. As of today, Wahlberg’s stake in the franchise is valued at $36 million.

Through the years, Wahlberg has had plenty of endorsement deals, starting with his renowned partnership with Calvin Klein in 1992. Additionally, he has been the brand ambassador for GNC, promoting their sports nutrition supplements called Marked.

In 2017, he signed a $10 million deal with AT&T to be the brand’s official spokesperson.

Much of Mark Wahlberg’s net worth comes from his real estate investments over the years. Early in 2022, he listed his luxurious 30,500 sq. ft. Beverly Hills property on the market for an astonishing $87.5 million. He had purchased the massive estate in 2009 for just $8.25 million.

In 2020, Wahlberg acquired 2.5 acres of real estate in the Summit Club of Las Vegas for $15.6 million. While the construction of a luxury home is ongoing on the property, he bought a second home in the neighborhood for $14.5 million.

In 2001, Wahlberg started dating model Rhea Durham. Within the first seven years of being together, the couple had three children – Ella Rae, Michael, and Brendan Joseph.

Wahlberg and Durham married in 2009 at the Good Shepherd Catholic Church in Beverly Hills. Soon after, they had their youngest daughter, Grace Margaret.

As of 2022, Mark Wahlberg’s net worth is valued at $400 million. While a sizable amount of his net worth comes from his acting career, even more comes from his work as a producer and entrepreneur – along with his real estate investments.

Fans of Wahlberg can see him next in Netflix’s thriller, Our Man from Jersey, where he’ll star opposite J.K. Simmons and Halle Berry. He’ll also star in Arthur the King, The Six Billion Dollar Man, and The Family Plan.

And if that wasn’t enough to keep him busy, he also has more than 12 additional projects in the works, each in various stages of development.