Best Lines From ‘The Vampire Diaries’

by Emma Loggins
in Emma's Blog 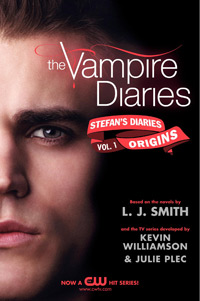 In promotion of Season 1 of The Vampire Diaries being released on this last Tuesday, I wanted to take a poll of your favorite quotes from Season 1 of the series. What witty dialog had you smiling?

While there were plenty quotable moments from Season 1, none of them top my favorite line courtesy of Damon – “What’s so special about this Bella girl? Edward is so whipped.”

It always seems (to me) that the villains have the best lines, and I actually challenge you to find a great quote from a scene that doesn’t include Damon. Besides the super sweet and sappy “Today I met a girl. We talked. It was epic, then the sun came up and reality set in…”

Can’t get enough of The Vampire Diaries? Find out why the love of a dangerous girl turned brothers Stefan and Damon Salvatore into deadly enemies in The Vampire Diaries: Stefan’s Diaries #1: Origins – hitting book shelves soon from Harper Collins.

I have been hired by Warner Bros WBWord division to raise awareness for The Vampire Diaries: The Complete First Season – which arrives on Blu-ray/DVD on August 31. Discover which vampire is your love type by taking this matchmaking quiz: http://bit.ly/aPyuq2!