by FanBolt
in Music, Music News 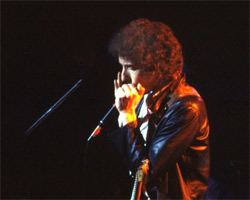 At first called “Dylan’s God-Awful Gospel” by his most loyal fans, Bob Dylan’s Jesus Years are today regarded as among the best of his career. How did a Jewish folk singer from the Midwest come to Jesus? Finally, here is an insider’s view of Bob Dylan’s “Born Again” transformation, and its effect on his life and music.

In late 1978, Bob Dylan fell into the Arms of the Lord through the Vineyard Christian Fellowship Church. In his first-ever interview, Dylan’s Bible class teacher, Pastor Bill Dwyer, details Bob Dylan’s embrace of Jesus Christ and Christianity. Dylan then made three Gospel albums, winning a Grammy for Gotta Serve Somebody. However, Dylan’s radical new direction alienated fans and enraged critics as he preached apocalyptic messages from the Book of Revelation.