Forza 5 feels like buying the latest model of a beautiful brand-new car. It’s a car that’s familiar to its fans in a lot of ways, but it’s got a shiny new coat that has everyone falling in love with it all over again.

Forza 5 is familiar, but it’s got a gorgeous new look with the enhanced visuals brought on by the Xbox One. It’s beautiful seeing the detail on some of the tracks, but especially so with the details in the distance. That’s what stood out more than anything, the details that surround the course. While the game is certainly beautiful, I still found myself thinking a few courses looked rather plain in some areas.

Let me mention that I’ve played GRID 2 all year on PC and just recently finished enjoying Need for Speed Rivals, two games that are absolutely stunning – especially Rivals. For those who haven’t played the game, there is a ton of debris flying around everywhere that adds to its visual presentation. I’m fairly certain that’s what’s causing me to think that some of these courses look rather plain. Anyway – moving on! 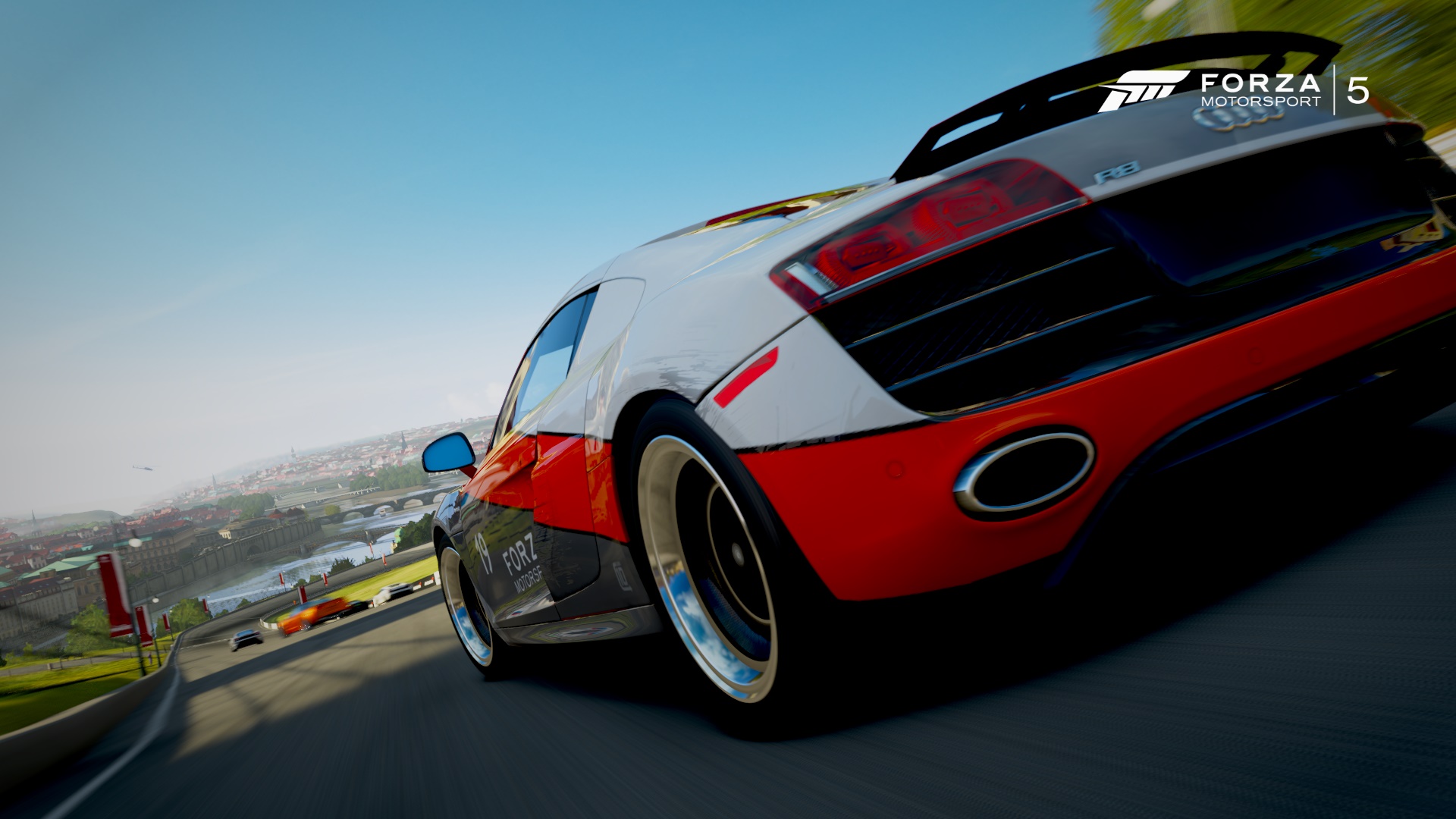 The presentation of Forza 5 is absolutely beautiful as well. It’s got inspiring classical music playing in the background as players tune up their current vehicle and prepare for their next race. The menus are very nice as well and the female voice presentation that introduces each track just gives it all a nice touch. This of course wears off after some time, but it’s still appreciated no matter how many laps players have raced.

The game is broken down into multiple circuits based on car type, so players can choose what type of circuit to race depending on available cash. If players partake in a few of the beginner’s circuits with the average sports cars, they’ll be able to earn some cash and hopefully save enough to eventually purchase one of the modern and high-end sports cars. Cash is needed, but it’s nice that players can easily bounce around between different types of circuits instead of gradually working their way up from slowest to most powerful cars.

Each circuit is based on a license rating, so when players purchase a vehicle it’ll automatically be upgraded to the highest potential for that license. Of course, what I and most people spend a great chunk of time doing is tuning their vehicle properly to their liking. While all vehicles may be rated 600 on the A license, there is still going to be a difference depending on drivers who like to have strong brakes and more control compared to those who want more horsepower. No matter what I always like going for good horsepower so I can get off the line quickly.

Each race in each individual circuit has a time leaderboard for that track and license, so players can always see how they rank compared to their friends with similar vehicles. Before the race begins, players can check out the leaderboard to see what they need to get in order to beat a friend’s time. I always enjoy challenging my friends on leaderboards, so I’m happy to say that I’ve beaten their lap times on large number of occasions.

Instead of players racing computer opponents named Kevin and Morgan, they’ll be racing against their friend’s drivatars. A drivatar takes racing performance data from a player’s racing style each and every race. So when I begin a race and see my friends’ names next to me, their drivatar can race similar to how they perform in their races. It’s a unique feature that I think works really well. I see more random events during each race than I remember seeing previously. Usually computer opponents raced a tough race but would never cross a line or make a big mistake. I’ve see some cars go flying off the road and into the dirt and I’m sure it’s because of drivatar.

I wonder if my aggressive style shows up when my friends race against me. Hmm! 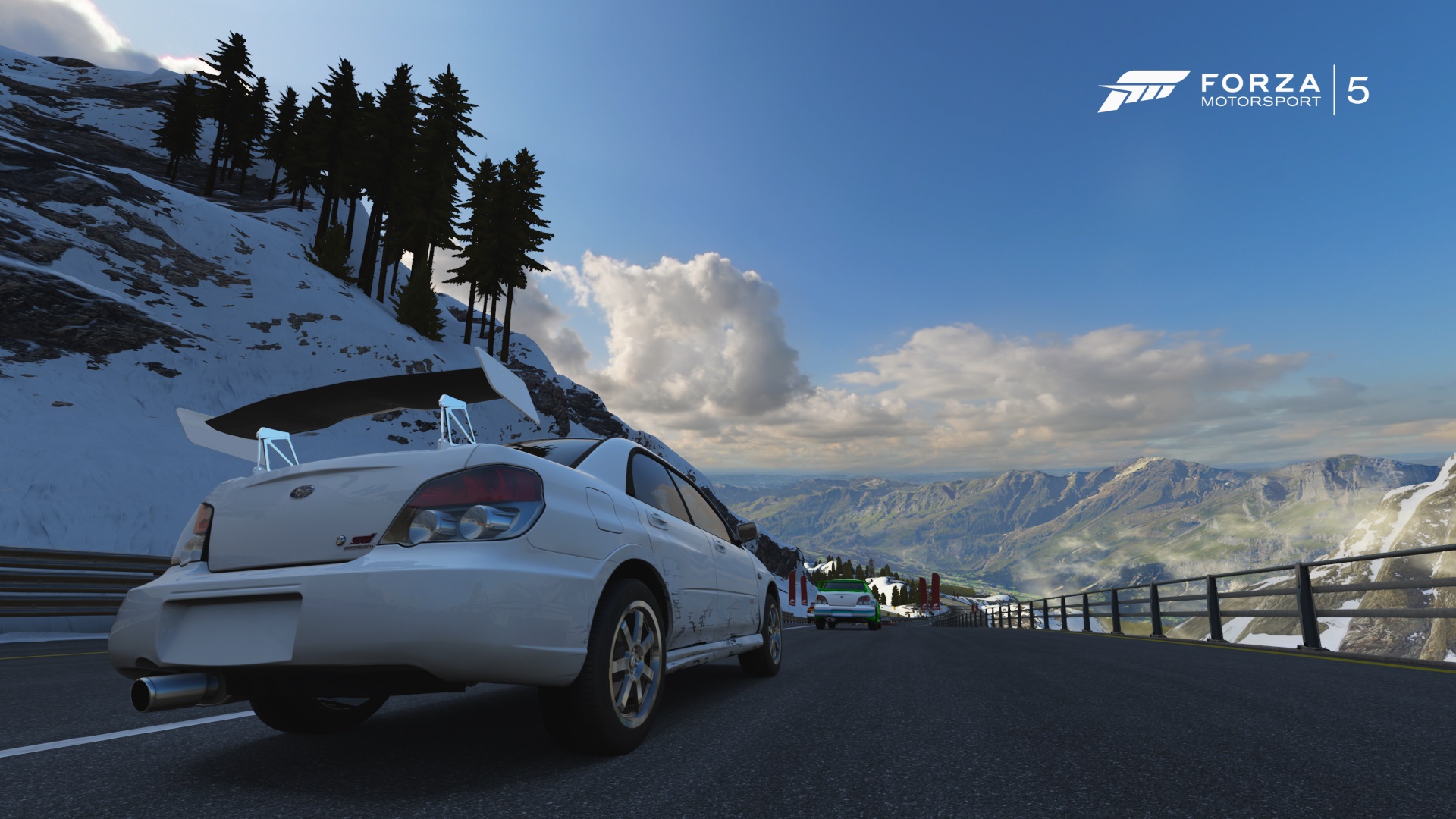 One thing about the drivatar system is that there is still a difficulty level to adjust. So drivatars can be as easy or tough as the player likes it. Of course, the harder the difficulty, the more money players can earn. Same goes for other difficulty adjustments.

Forza 5 handles beautifully and has photographic moments for players to appreciate as they race in the latest model of this video game series. It does seem to grow a little bit old at times when playing it for too long as I’ve visited some of these tracks far too many times. Even so, the Forza series is off to a strong start on the Xbox One.

Speaking of photographic moments – I had so much fun taking pictures in this game that I had to write a separate article for it! Check it out!