Developer Crystal Dynamics received favorable coverage of their first two Tomb Raider games, but their 2013 origin story stood out above the rest. Tomb Raider was one of the top-rated games of 2013, earning praise from critics and fans for a successful reboot of the franchise. The game also sold extremely well, posting 3 million copies in under one month. Despite all of this, the game failed to meet Square Enix’s lofty expectations.

Fast forward to today, and what we’ve got is an updated version of the game on next generation consoles. Some cried foul at the ‘waste’ of resources that could have been spent on a sequel. I’m not always in favor of remasters, especially if they’re nothing more than a cash grab – and priced at a full MSRP of $59.99, it seemed like Tomb Raider: Definitive Edition was set to be exactly that.

My only gripe about Tomb Raider in its original form was more of a gripe about aging hardware. It was pretty clear to me that the project was being limited by the PlayStation 3 and Xbox 360. Even though it was a quality game, I couldn’t help but feel like it had the potential to look and run a lot better than it did. 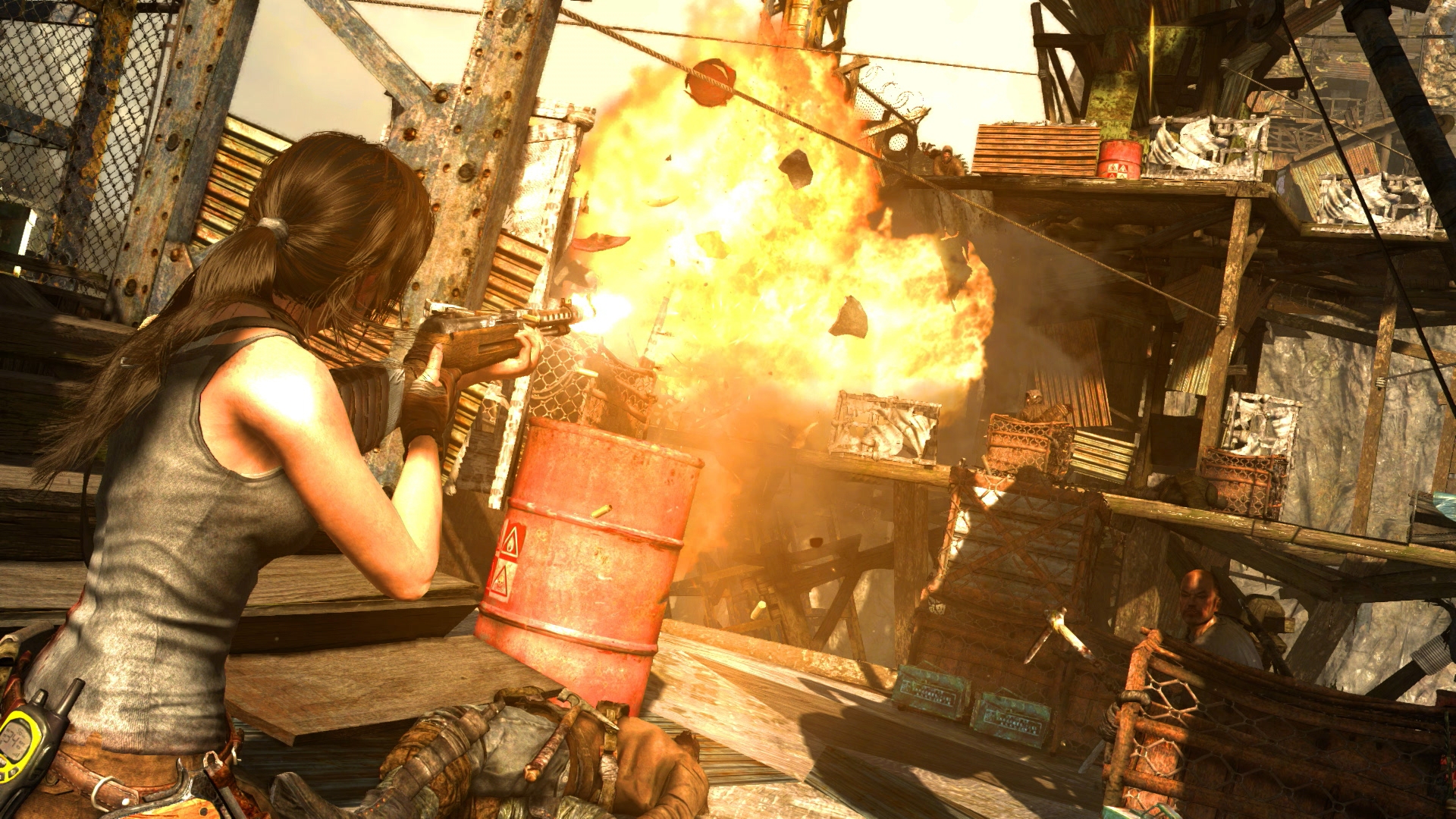 The Definitive Edition takes advantage of the step up in hardware. It’s apparent that Crystal Dynamics wasn’t interested in releasing a shallow port with updated resolution; the texture work has seen dramatic improvements; the environments are much more detailed and full of life; Lara’s character model has been completely redesigned with the PC versions hair effects. And, of course, the performance of the game is improved even with the additions.

To me, this is the way the game was meant to played.

It looks great, it runs smoothly, it’s fun to play, and it tells a good story. My enjoyment of the game was definitely hampered by inadequate hardware last year, but now its full potential has been realized. Not all games from the late half of the generation past would benefit from a facelift like this, but Tomb Raider definitely does.

But the question remains – is it worth $60? To me, that largely depends on your history with the game and your desperation for things to play on the PlayStation 4. If you own the original game and feel like you got your fill, there’s really no reason to invest again. But if you loved the game and would love to play a much improved version of it… it’s still hard to recommend buying it again at full price, even considering that actual effort went into the port. Maybe if you’ve already beaten everything the PS4 has to offer, sure. Or if you’re in that small minority of people that got addicted to the forgettable multiplayer, it’s intact here – with all of the DLC included to boot.

But newcomers? Do no hesitate, do not pass go, and give them your $60. This is a fantastic game, and the PS4 is the best way to experience it.