Liberation was certainly the best spinoff in the series. Benefitting from the Vita’s mostly-standard controls and dual analog sticks, it really felt like an authentic Assassin’s Creed title. And it felt fresh, too, boasting the wilderness-based free-running of it’s console companion, as well as a system that allowed players to switch ‘personas’ in order to approach the game in different ways. That said, it was a far cry from the more polished console games. General bugginess in combat, free-running, and interacting with the environment helped to remind us that the game was made by a smaller studio on a smaller budget.

The story was mostly forgettable (I didn’t recall a lot the events until playing through the remaster myself), but a lot of things were done right. As expected, the recreation of the period New Orleans was organic and believable. And Aveline’s character was a refreshing change of pace for the series which has, thus far, featured gruff, older men. It’s just a shame that the narrative couldn’t capitalize on the rich potential of the world and protagonist.

Originally, I said that Liberation was worthwhile for fans of the series. It’s not really a good entry point for new players, especially given the difficulty of the combat. As is usual these days with Assassin’s Creed, tutorials are minimal in nature. Disarming enemies can take some practice or even be frustrating for newcomers. But longtime fans of the franchise will feel right at home, and will probably enjoy the game despite its shortcomings. 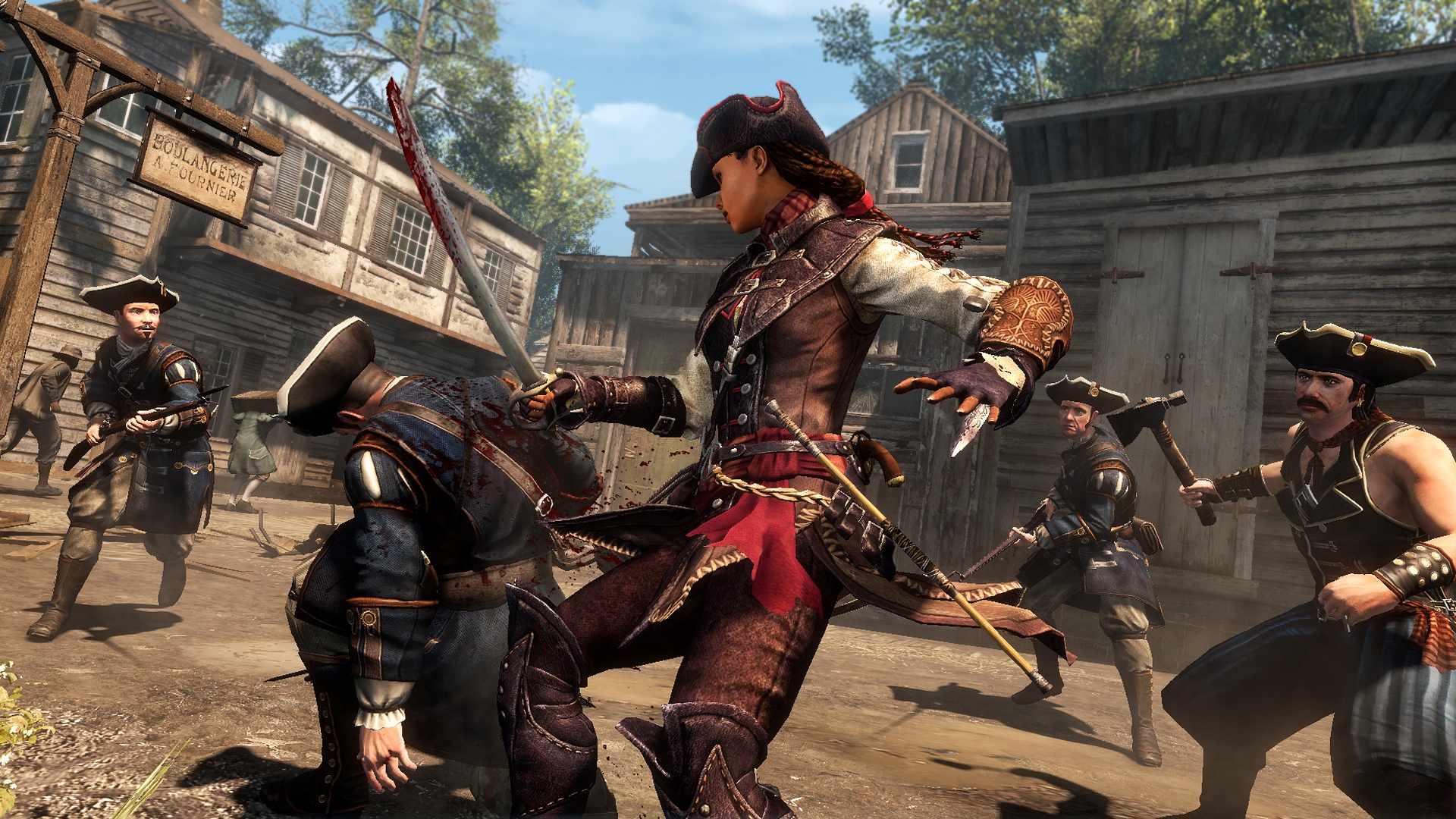 Today, what we have is nothing more than a remastered port. There are not many updates to be had other than visuals, but even those updates are rather minimal – textures are improved in some places, but not others. Liberation HD, I don’t think, is really intended for Vita owners who have already played the game. Instead, this is simply an effort to get the game into the hands of some of the millions of people that own a gaming platform other than the Vita.

The biggest problem here is that the game is following the release of Assassin’s Creed IV: Black Flag. All of the improvements that have been made over the past two entries are absent. Free-running and combat take a step backwards. The exciting boat combat is almost parodied by the canoe travel in Liberation. Folks that have already played Black Flag will probably find Liberation to be lacking and archaic by franchise standards.

Despite all of this, the game’s main draw is that it is budget-priced. At $20, I don’t really have a problem recommending the game to diehard fans of the franchise that do not own a PlayStation Vita. For that price, it’s worth it to get another link in the chain, especially when the story crosses that of Assassin’s Creed III itself.