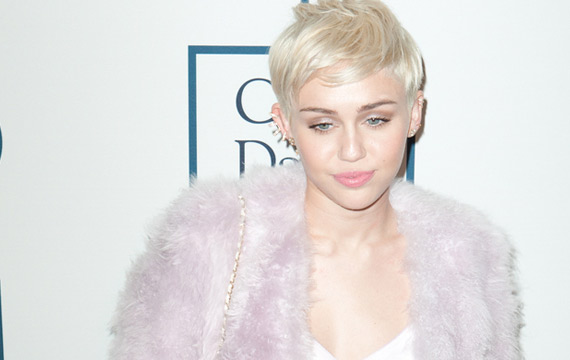 Miley Cyrus missed a second show tonight after doctors decided to keep her in hospital.

The Wrecking Ball hitmaker axed a concert in Kansas City, Missouri on Tuesday night after she was admitted to a medical facility and diagnosed with an allergic reaction to antibiotics.

She was due to perform at the Scottrade Center in St. Louis, Missouri tonight, but Cyrus has now confirmed she is not well enough to be discharged from hospital and urged fans not to travel to the venue.

Cyrus writes in a series of posts on Twitter.com, “I can’t get a hold of my team because it is so early so I want to be the one to tell my fans especially the ones trekking to get there… The hospital is sayin (sic) I won’t b (be) released today… therefore I’m not going 2 (to) make it 2 St Louis. I’m so sorry but somethings are outta my control.”

The star made the announcement after a female fan revealed she was about to set off on a long journey to get to the show in St. Louis, prompting Cyrus to reply, “Babe as of right now I’m still in the hospital… I just don’t want any of my fans to (be) p**sed off or disappointed.”

The concert in St. Louis marks the third cancellation on Cyrus’ Bangerz tour since it kicked off in February.

Cyrus also hasn’t taken kindly to critics that mentioned her cancellations. In a furious post tonight, Cyrus tweets, “humans can b so selfish. if any1 (anyone) thinks id rather b layin n a (be laying in a) hospital bed than doing what i love on stage theyre f**kin LAME. im miserable (sic).”

Maya Rudolph to Return to TV with Star-Studded Variety Show

FX Orders Season 3 of 'The Americans'