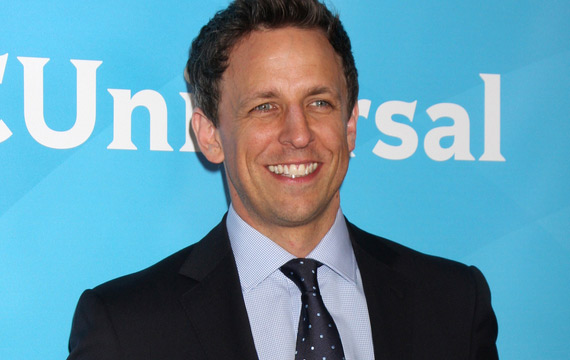 Seth Meyers will be the host for the 2014 Emmy Awards.

Just months after kicking off his own U.S. late night talk show, the former Saturday Night Live star has more to celebrate as he was chosen to serve as presenter for the annual television award show on Thursday.

This marks Meyers’ first time as host of the Emmys, but he has previously compered the 2010 and 2011 ESPY Awards and the 2011 White House Correspondents Dinner.

Meyers, who was named one of Time magazine’s 100 most influential people on Thursday morning, follows in the footsteps of fellow comedians and former Late Night hosts Jimmy Fallon and Conan O’Brien, who have previously hosted the Emmys.

The 66th Primetime Emmys will be broadcast live from Los Angeles on August 25th.

Lindsay Lohan Tried to Hide Her Drinking on Her Reality Series