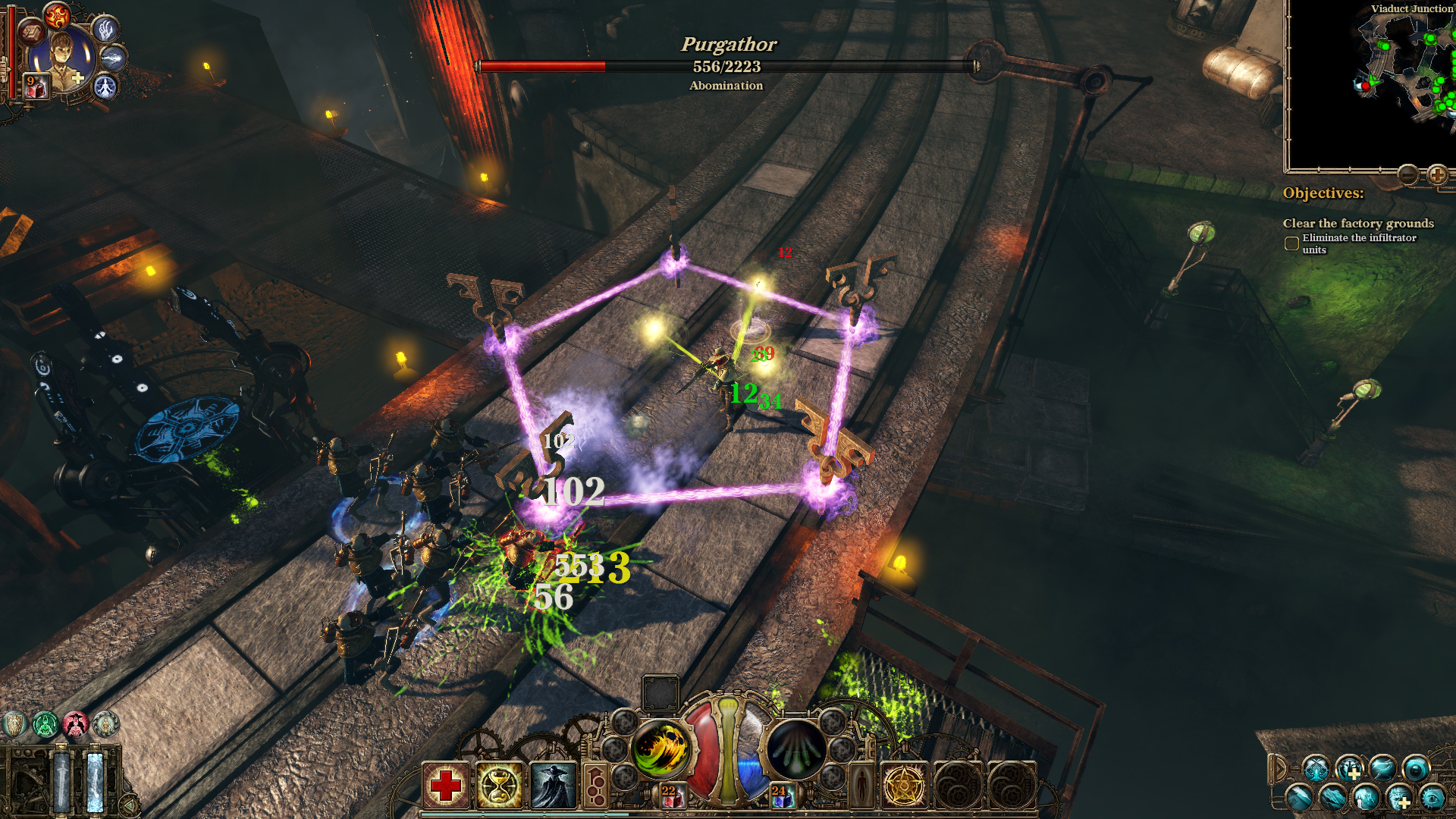 I recently had the opportunity to go through one level of Van Helsing II, playing with one of five different classes that all start at level 31. Classes include: The Blade, a close up fighter who excels at melee; The Gunslinger, who is your go-to ranged fighter; The Spellkeeper, a very fragile spell-slinger who uses AOE (Area Of Effect) attacks, your typical glass cannon; The Adeptus, a spell-slinger who uses direct attacks and tricks to confuse the enemies; The Bombardier, a Steampunk Mechanic who has medium and long range attacks but is very weak in melee. There is one more, the Contraptionist, but wasn’t available in the preview.

Gameplay is identical to the first game, which picks up right where you left off, fighting in Borgova alongside your companion; Katarina, the Ghost. She has her sharp wit and claws to help you fight the myriad of enemies that will swarm you time and again. In addition, there is also a new companion known as Prisoner 7. Who is Prisoner 7 you ask? Well, he’s a mysterious being who can travel The Ink at will. He’s also spying on your behalf, and reports back regularly about what is going on in the town. Where he came from is slowly revealed as he pops in and out of the story. He also helps keep the story moving along by inserting plot points at key times in the game.

A current issue is the isometric, or 3/4 perspective view, which hides your character and enemies behind tall buildings. I did experiment with running beyond the buildings so I could see and fight the hidden enemies, but that also put me right in front of another mob of enemies. This left me in a really bad, and very dead situation. Speaking of which, I died so often during my preview that I expected to get a Steam Achievement out of it. Maybe they’ll read this and add one, just for me. Thanks!

The preview also displayed plenty of quests and side quests, but really there is nothing new about that. Katarina kept me company throughout and didn’t hesitate to whip out a sassy comment or two while helping out in a fight. It’s still important to upgrade her gear while upgrading your character’s gear since she appears to be your mighty tank, especially if you’re gonna play anything other than the Blade. There are also upgradeable skills for her, so keep an eye on that. 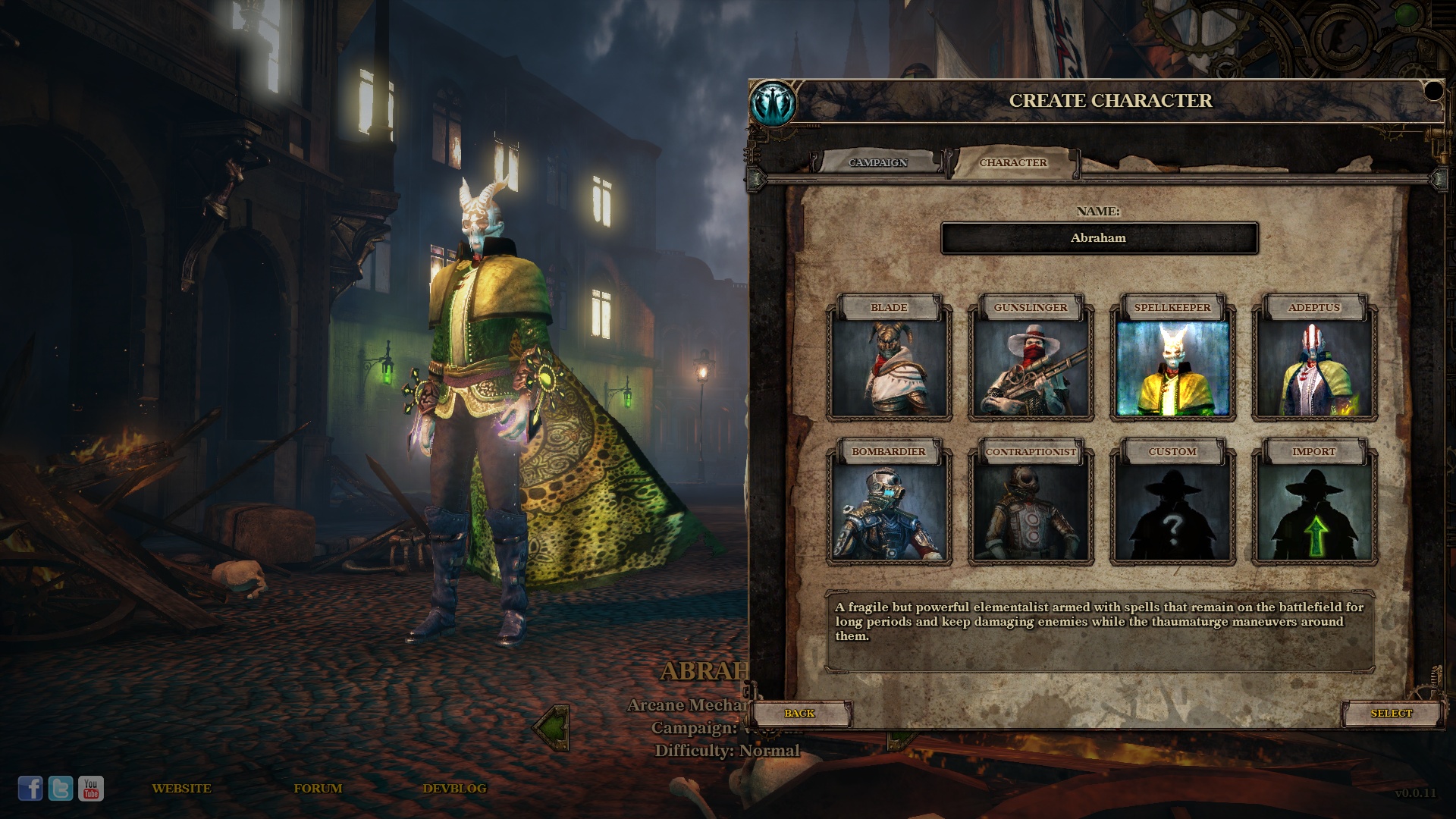 While there is plenty of speculation about what will be in the final release, and plenty of teasers from Neocore Games, I’ve yet to witness much of it. I did notice that there are a lot more items available compared to the original. In fact, there are so many that I think they might have taken a page out of Borderlands 2’s book, it’s just daunting to see how many garbage items you can collect. I didn’t really pick up anything that was better than what I had on the default character I started with. I’m not sure if the drops are randomized or planned, but I didn’t come across much that I wanted to keep.

I certainly can’t wait to get my hands on the full game which is set to release on May 22nd. Keep an eye out for our full review!

'Parks and Recreation' To End After Seventh Season