A gaming trend that started a few years ago is taking older games and re-releasing them with ‘High Definition’ visuals in an attempt to bring the game to both older fans and newcomers who missed the game the first time around. The latest game to receive this treatment is Cel Damage HD for the PlayStation 4, PlayStation 3, and PlayStation Vita. Originally released for the GameCube, Xbox, and PlayStation 2 in the early 2000s, developer Finish Line Games decided to brush the dust off this cartoony car combat game, bringing Cross-Buy and Cross-Save functionality for all three platforms along with it. However, Cel Damage is a game that probably could have benefited from a little more time on the drawing board.

Gameplay in Cel Damage centers around taking control of one of ten animated-cartoon-styled characters and pummeling each other with weapons in fast-paced car combat. Players have access to three game modes and twelve maps to play with them on. Smack Attack mode requires you to build up smacks by hitting your opponents repeatedly with special weapons. Flag Relay mode has contestants picking up and stealing flags from each other in order to bring them to the flag post to earn points. Finally, Gate Relay turns each map into a gate-based 8 lap race. 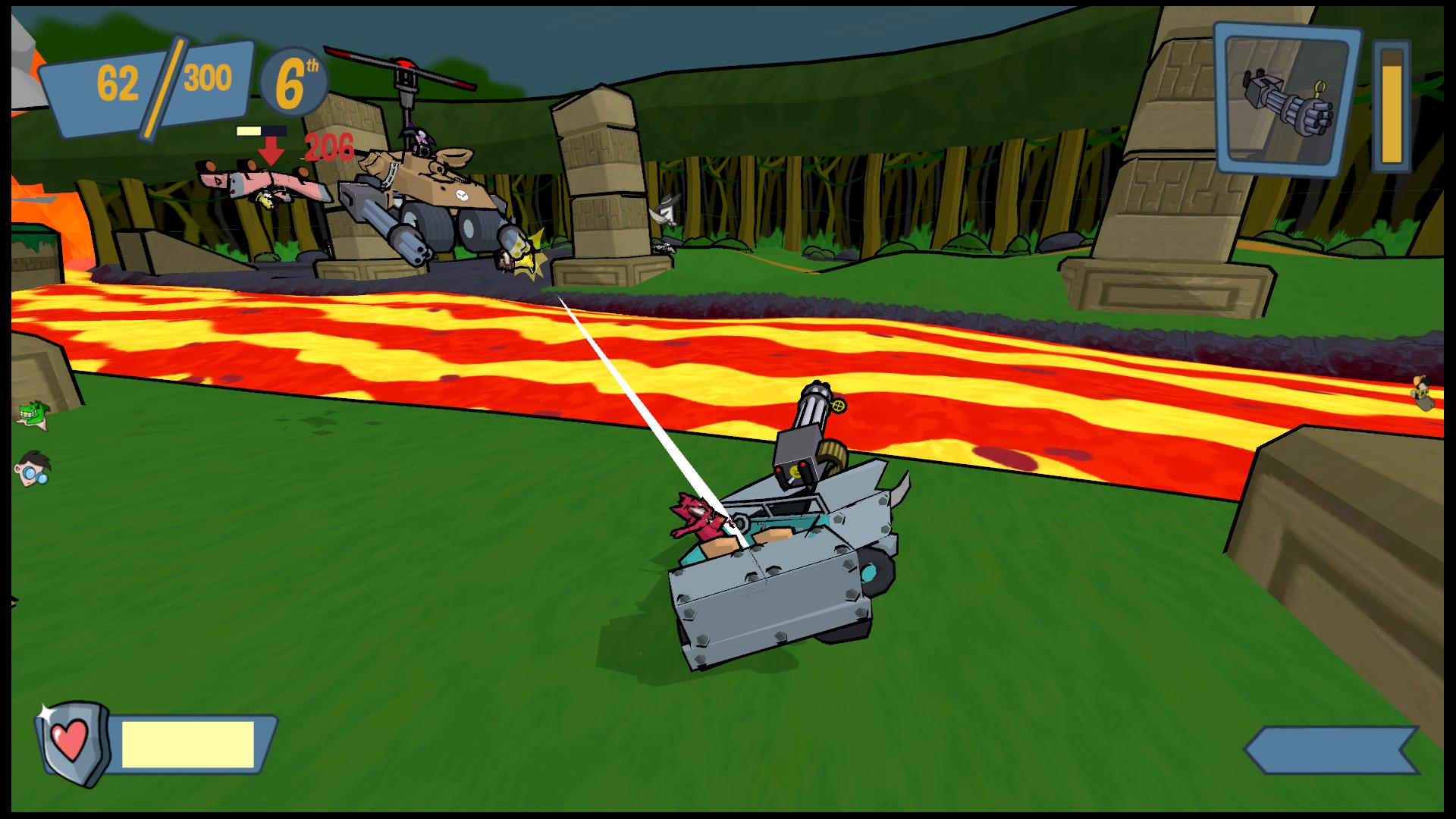 In terms of weapons themselves, all players have a standard projectile at all times to keep them fighting. However, special weapons are scattered in boxes all around each of the maps. There are multiple types of special weapons like grenades, explosive sheep, several melee weapons, a woodchipper, and even the ability to briefly turn your car into a helicopter with mounted guns, among others. The resulting gameplay is enjoyable, especially with friends.

While playing the game is mostly fun, there are some issues that are present. For starters, the AI can make things more annoying than it should be at times. With the amount of combatants involved, the AI can turn a simple Flag Rally match into a long and drawn out tug of war. It’s also worth noting there are no major alterations to the maps across each game mode. With the exception of checkpoint gates in Gate Relay or the flag post in Flag Rally, it’s just the same map. As a result, some maps work better in some modes than they do in others. 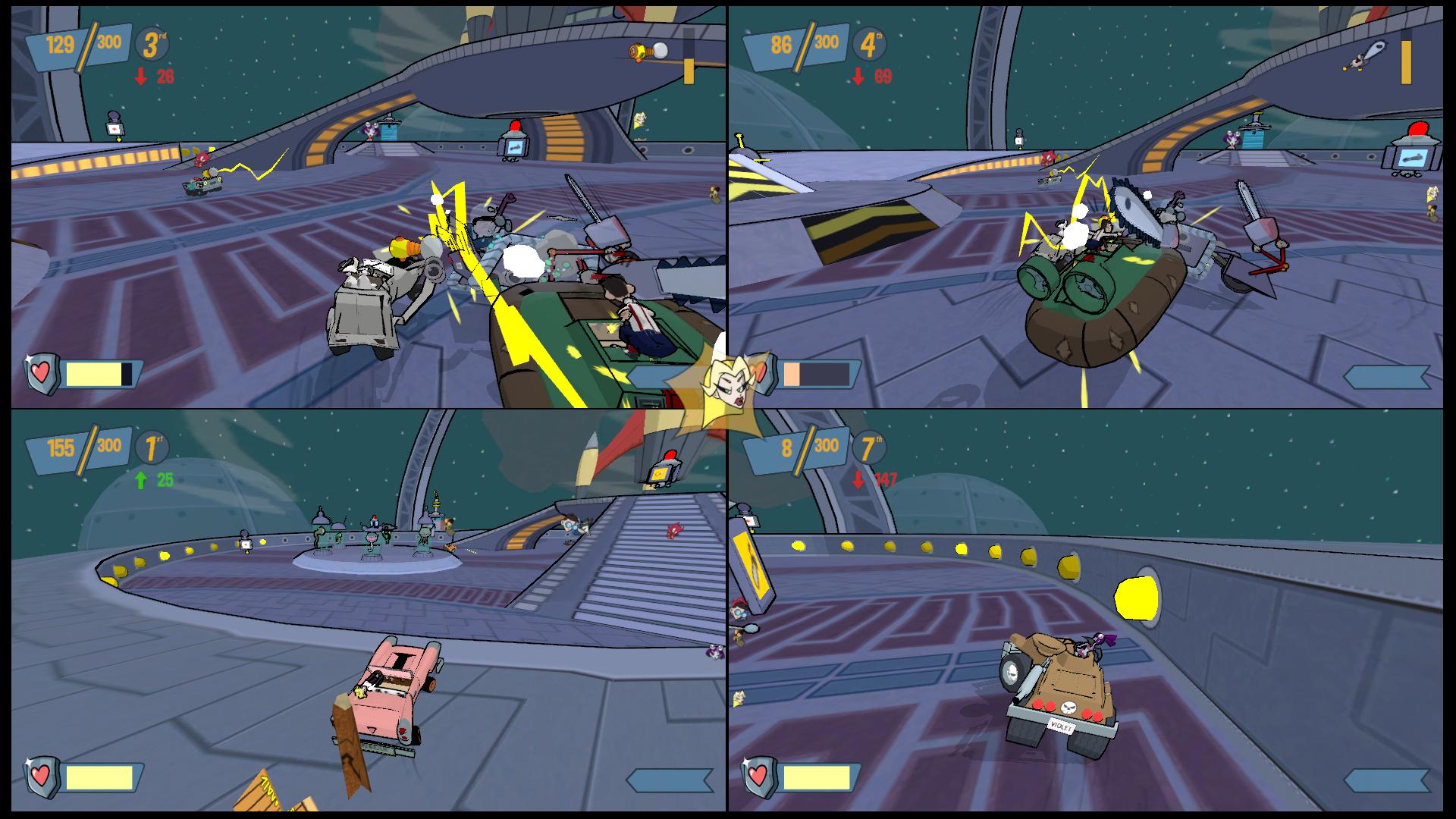 Another thing to keep in mind is that there is no online multiplayer for this HD port. Consoles are limited to just splitscreen, while the Vita is even more of a bummer in this regard — it’s single player only. The graphics, while cel-shaded and matching the cartoon feel aimed for in development, don’t exactly look like they’ve aged too well between the original release and now. Finally, the game itself is pretty short. With only 3 game modes it won’t take you long to clear all the maps in each mode and get the 4 unlockable characters.

Cel Damage HD is a fun but short ride. It won’t take you long to have played a majority of the game, and the limited multiplayer options between no online on console and none at all on Vita are a bit disappointing. However for the low entry price of just $10, get some friends on the couch and get ready for some car smashing fun.

Cel Damage HD Review - Back to the Drawing Board