Last year, Sony came out guns blazing during their press conference at E3 2013. It seemed like they were just one step ahead of their main competitor, which got the crowd – and the web – fired up in a way that we honestly haven’t seen from Sony in a long time. They came baring a new console and a firm vision for the future of PlayStation, setting the tone for what would be a spectacular launch for the PlayStation 4.

Unfortunately for Sony, setting that kind of precedent will make this year’s show more difficult for them. They’re coming in on top, but to stay there they’ll have to continue to stay one step ahead of Microsoft. Many are expecting the company to continue to dominate with a flurry of big announcements. But do they have enough compelling software ready to make it happen?

Below are our best guesses as to what you’ll see at Sony’s press conference this year, which will air online and in select theaters on June 9th at 9PM Eastern. 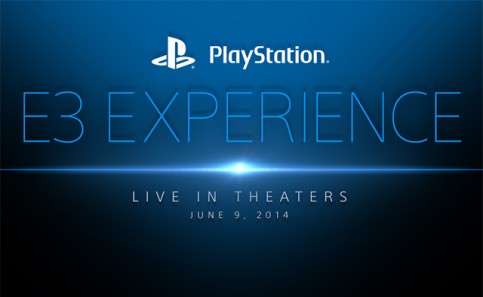 It’s almost guaranteed that Sony will tout their upcoming streaming and rental service that was revealed last year. The service has been in Beta for several months now on the PlayStation 3 and has recently arrived on the PlayStation 4. Beta testers have been treated to over a dozen games – both retail and downloadable size – that can currently be streamed free of charge.

So far, we have few details about how the service will play out. Rentals come in one, seven, and thirty day varieties. There will also be a subscription service that allows subscribers to play a “range of titles.” Pricing and further details have been kept under wraps. The service is supposed to launch in the US this summer, so expect all of these details to be divulged on stage.

Destiny may be a multiplatform game, but it certainly isn’t being advertised as one. Bungie, who was released from an exclusive publishing deal with Microsoft in 2007, more recently signed on with Activision. Taking advantage of the very open publishing deal, Bungie has formed a “strategic partnership” with Sony for Destiny. The game was a big part of Sony’s press conference last year, showcasing lengthy, live gameplay. Additionally, a large portion of the game’s exorbitant 500 million dollar budget has gone into television advertisements that bare the PlayStation branding at the end of each commercial. And finally, the PlayStation owners will receive exclusive content and first access to the beta.

It’s safe to say that Sony is putting a lot of stock into this partnership. They want PlayStation to be THE place to play Destiny and its three planned sequels. Expect Destiny to have a huge presence at the conference, as we rapidly approach its September release.

It’s no secret that Sony’s studios are working on a slew of PlayStation 4 games. Sony themselves have confirmed that all of their first party studios – that’s over a dozen of them – are working on PS4 titles. And that’s not even including the additional dozen second party studios that are likely working on new games as well. We know about a few of them, but many projects have been kept tightly under wraps. They questions to ask are what are they, and how close are they to being done?

The release date for Driveclub was announced just a month ago. Expect them to show new footage or perhaps a live demo for the game on stage – it’s the only big first party game lined up for the fall that we’re aware of. They will probably also delve into the PS+ Edition and reconfirm those details. And even though The Order: 1886 was delayed to 2015, it will probably still have a decent plug at the show.

Those are the only two games that have been revealed up to this point. But we still haven’t heard from Sony Santa Monica (God of War), Polyphony (Gran Turismo), Media Molecule (LittleBigPlanet), Bend (Syphon Filter, Uncharted Vita), Guerilla (Killzone), Cambridge (Killzone Mercenary), San Diego (The Show, Modnation Racers), etc. And it’s almost assured that second-party devs Tarsier, Double Eleven, and Quantic Dream have projects in the works as well.

Any of these developers could reveal their projects at any time, and some probably will at E3. Keep in mind that Tokyo Game Show and Gamescom are also big events for Sony, so some of these games may be held for later.

If we’re being honest, Sony won’t be able to fill up their fall lineup without multiplatform games and indies. Though they have many first party games in development, many of them will be relegated to a 2015 and beyond release date. The only confirmed title for 2014 is Driveclub. Sony may have a big surprise reveal with a shotgun launch, but that’s not the norm

for them. If anything, they may have some small, internally-created downloadable games for this year, but most of the retail games will be for later.

Instead, expect indies to be showcased in a big way, just as they were last year. Minecraft finally has a release window of August on PS4 and Vita, with huge incentive for existing customers in terms of pricing. Previously-revealed games like Hohokum, Murasaki Baby, The Witness, and Hotline Miami 2 will receive considerable coverage on the floor if not at the show. Unannounced games and ports from the PC world will also be revealed.

Naughty Dog is working on Uncharted 4. The game has already been teased, but it has also been shrouded in doubt and controversy after the departures of many key people related to the franchise, including creator Amy Hennig. We have no idea how far along the game is. It could be very far along, or they could be starting over. No one knows.

Since the game has already been revealed, it’s likely that Sony will mention it to whet the appetite of the fans, like Nintendo did after their premature reveal of the latest Smash Bros. Don’t expect story or gameplay. A tech demo would be best-case scenario in light of the commotion. Teaser or passing mention is more likely.

The PlayStation Vita is struggling in North America. Thankfully, the console is doing well in Japan thanks to a fair number of niche third party and monster hunting games that have released in the past year. But Sony’s own support for the system has been rather low in all territories as the focus has shifted to the PlayStation 4.

Last year, Sony’s studios released two major Vita games – Killzone: Mercenary and Tearaway. Both of these games were revealed at Gamescom 2012, not E3. Last year at Gamescom, Sony revealed the Vita’s price drop and the Vita version of Borderlands 2. If the trend continues, Gamescom will continue to be the destination for major Vita announcements – we’re hoping for a North American Freedom Wars release date.

Expect the Vita to be mentioned in terms of remote play and cross-buy with indie titles, but don’t expect anything big.

E3 2014: What to expect from Sony's Press Conference