Today, another batch of games were announced for release across several systems. Among them are next-gen Terraria, Harvest Moon 3D: The Lost Valley, and Hunt: Horrors of the Gilded Age. Each of these three games are set to be showcased on the floor at E3 next week.

Terraria was originally a PC game that was later ported to the Xbox 360 and PlayStation 3, and even later to the PlayStation Vita. In the wake of the reveal of Minecraft‘s next-gen debut, it’s no surprise that Terraria is following suit. The game will release on both the Xbox One and the PlayStation 4 in 2014. Developer 505 Games confirmed via the game’s official forums that the PS4 version will be shown “behind closed doors” at E3, sporting cross-save and cross-play with the Vita version of the game. Minecraft is confirmed to support cross-save between the PS3 and Vita version of the game, but not cross-play. 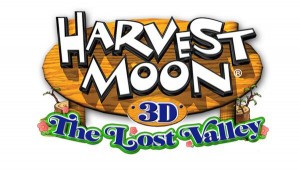 Harvest Moon 3D: The Lost Valley is coming to the Nintendo 3DS this year. Natsume, longtime publisher for the series in North America, is taking their first crack at developing the game in-house. The game will also be presented in a “three dimensional setting for the first time,” according to the press release. Casual observers may be confused by this announcement, since longtime developer Marvelous AQL recently announced that Story of Seasons will be hitting the same system this winter. Marvelous will be publishing the game without the Harvest Moon branding through their own American branch, popularly known as XSEED Games. Basically, there are two Harvest Moon games coming our way this year. 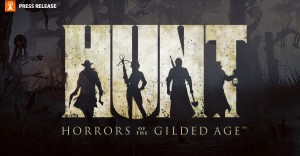 Finally, following up their announcement of Homefront: The Revolution from yesterday, Crytek has announced that they also have a new IP in the works. Titled HUNT: Horrors of the Gilded Age, the game is set to be a four-player co-op, third-person action game. Crytek’s press release states that the game takes place in the “late 1800s”. Sound familiar? It looks like Ready at Dawn’s The Order 1886 has some competition. The game is set to enter beta on PC later this year, with a likely 2015 projected release. Crytek says that the game will be coming to “consoles,” with no word on exactly which ones. You can find the teaser for the game below.