Ascension: Chronicle of the Godslayer on iOS was my first real exposure to deck building games, and as such I have a pretty big affinity for it. The idea of drafting cards and optimizing my deck was completely new to me, and I absolutely loved it; and yet I’d never played the physical game so much as once. Then I stumbled upon Ascension: Apprentice Edition.

There are several differences between the core set and Ascension: Apprentice Edition, but they’re all minor. The core set comes with a nice game board, fancy-looking counters to keep track of Honor, and lots of illustrated cards. The Apprentice Edition comes with a simple fold-out play mat board, cardboard Honor tokens, and lots of illustrated cards that aren’t quite as numerous in the core set but (in my opinion) have some vastly-improved artwork. So basically it’s a more compact and travel-friendly version of the original that has a very slightly different card selection and supports a maximum of two players. 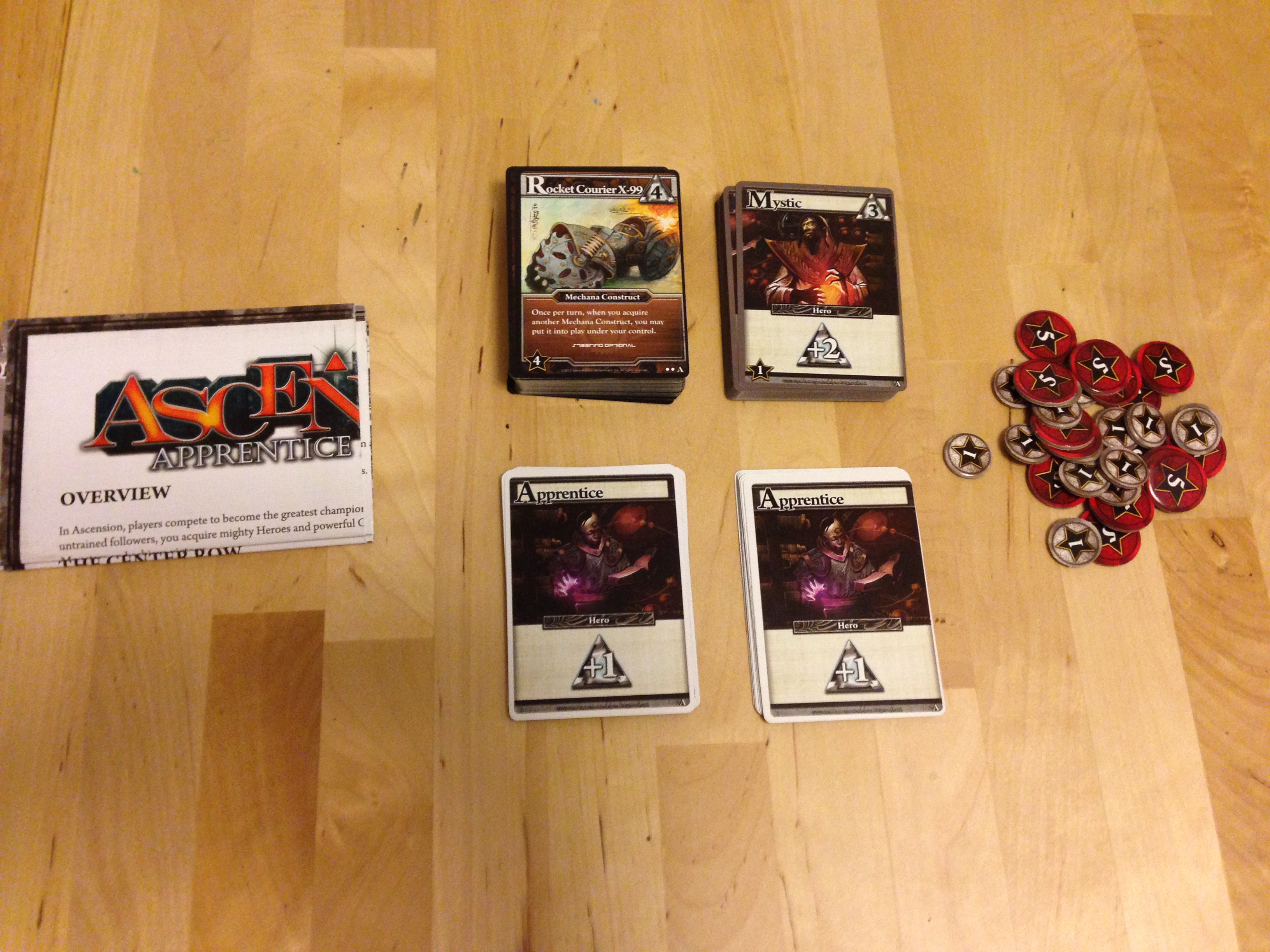 This flip-side to this more affordable introduction is that it’s not quite as nice to look at. The cards are absolutely fantastic, don’t get me wrong, but the play mat is just folded paper and the tokens are simple cardboard disks. They get the job done but pale in comparison to the more study board and fancy beads included in the basic set. I don’t even mind the cardboard tokens all that much but the play mat is difficult to keep level and cards tend to slide around on it a lot. Of course you can also fold it up and pack it into a compact box along with all the other components, so it can be a real toss-up. 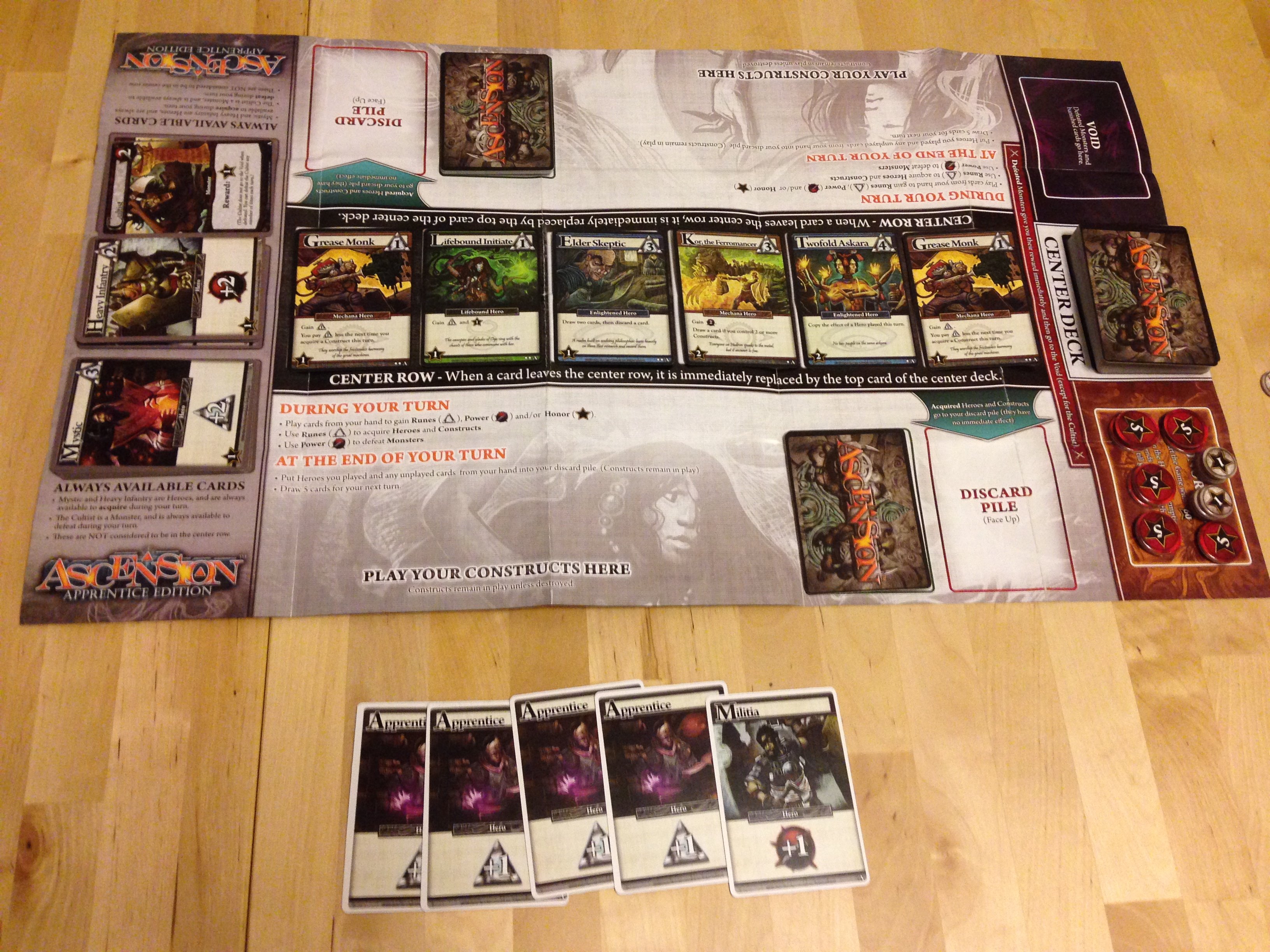 Playing the Apprentice Edition is exactly the same as the base game. You use cards from your basic starting deck to buy more cards that are worth Honor at the end of the game from the constantly-refreshing center row, spend other cards to defeat monsters that might be in the center row to acquire Honor, then add everything up at the end to see who wins. There’s a lot of strategy to such a simple idea, though. Will you fill your deck with high-value cards? Should you focus more on attack strength so you’ll be ready if and when strong monsters appear in the center row? Or maybe you’d rather buy up all the Constructs you can in order to take advantage of their persistent effects? Pretty much anything goes.

Ascension: Apprentice Edition isn’t necessary for a veteran player’s collection, but it’s a fantastic place to start for newcomers. It’s extremely affordable, includes just enough to keep two players busy for quite some time, and acts as the perfect gateway into the series (and to deck builders in general). 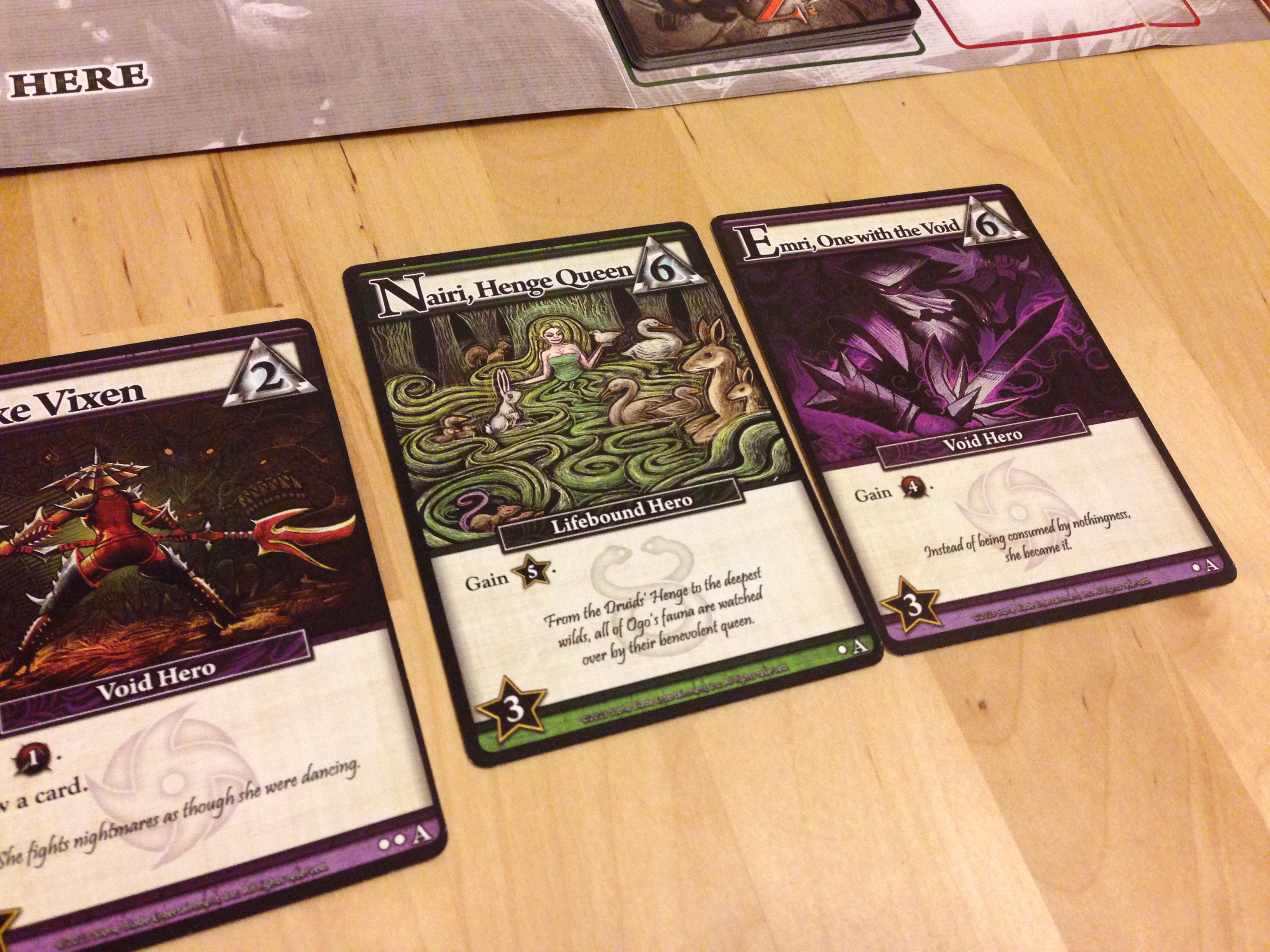