One of the biggest surprises at Sony’s Press Conference was the reveal of LittleBigPlanet 3 for the PlayStation 4. With Media Molecule announcing that they would not be present at the event, and the notion that they’ve presumably moved on to something new, the fate of the franchise was left up to the gaming gods. They’ve chosen yay.

LittleBigPlanet 3 not only received an announcement, but also a full, playable stage demo accompanied by a release window for this holiday season – November, specifically. This is exactly the kind of announcement that Sony needed to help pad their relatively bare lineup of first party titles in the Fall. LBP3 joins #Driveclub as the only known first party exclusives for late 2014 on the platform.

The stage demo revealed that the game will sport multiple playable characters in addition to Sackboy. While Sackboy remains relatively unchanged, save for the new ability to climb, the other characters have a host of new powers and methods of traversing the levels, from wall-hanging to flying to shapeshifting. Players will have to work together to make it from one end to the next. You can see the adorable characters in the trailer above.

Sony also revealed that, on day one, players will be able to access the millions of user created levels from both LBP and LBP2. No word on compatibility with the Vita installment of the game. We’re big fans of LittleBigPlanet here at Fanbolt, so you’ll be sure to find a lot of features on the game here in t 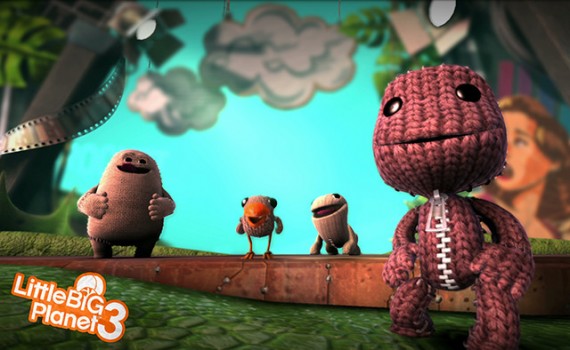