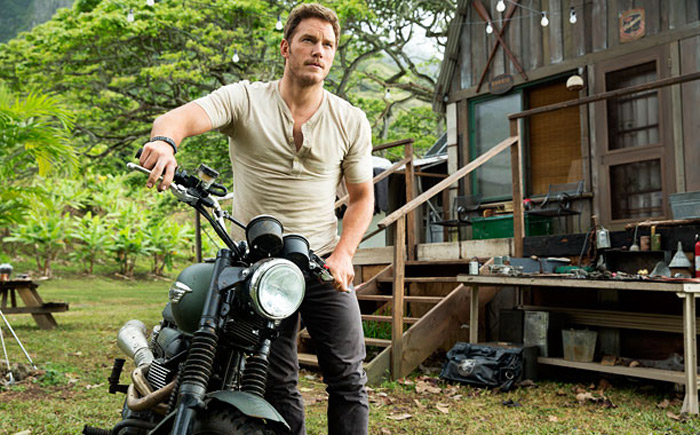 From Chris Pratt’s starring role as Peter Quill/Star-Lord in Guardians of the Galaxy to his starring role in Jurassic World, it’s clear to see that this young talent  isn’t going to allow his light to dim with the end of his most recognizable role thus far, Andy Dwyer of Parks and Recreation. Pratt has certainly kept himself busy, and we must say, we don’t mind it one bit.

In the first set of official photos released for the film, we see a buff Pratt straddling a motorcycle in one picture and talking to a stern-looking Bryce Dallas Howard in another. We also have the obligatory “kids who will need to be saved from being eaten at some point” that have been a staple of all Jurassic films. Although not many plot details have been released, we know that it will involve a fully operational theme park and will be set 22 years after the original film.

Jurassic World is set to premiere in theaters June 12, 2015.

Below are the official images from the film:

Mona Scott-Young's 'Sorority Sisters' May Not Happen... and That's a Good Thing