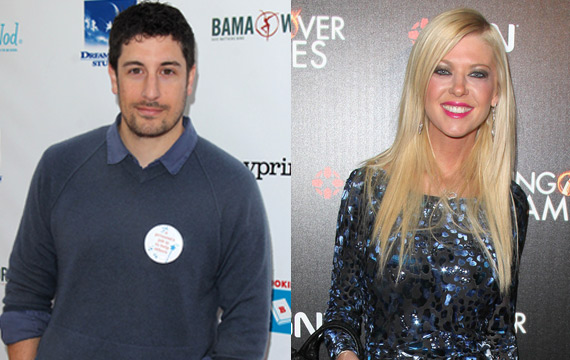 Jason Biggs has risked upsetting his American Pie co-star Tara Reid again by poking fun at her body in a webcast.

The actor was forced to apologize to Reid last year when she targeted him on Twitter for calling her a “hot mess” during a TV interview, and now he’s having fun at her expense again.

During a recently taped edition of Joan Rivers’ web show, In Bed With Joan, Biggs was asked who he would save and who he would kill if he was stranded with Reid and Lindsay Lohan.

The comment appeared to be a dig at Reid’s plastic surgery enhancements.

The actress is sure to respond – after Biggs poked fun at her on Watch What Happens Live last year, she tweeted, “@JasonBiggs it’s really sad I just landed in LA and the first thing I read about you that you are calling me a hot mess. I’ve supported u!”

Biggs later tweeted, “@TaraReid I love u Tara, it was a joke! Didnt (sic) mean to offend, Totally kidding around! it was a game!”

Mona Scott-Young's 'Sorority Sisters' May Not Happen... and That's a Good Thing