Ubisoft is marketing the new assassin Arno Dorian from the upcoming Assassin’s Creed Unity game as the deadliest assassins yet. Is this rooted in reality gameplay wise, or are his skills being exaggerated as a sales pitch?

While I’m all for the new introduction of new Assassins that all bring something bigger and better to the table in terms of combat, parkour and stealth skills, I’m not all convinced that Arno is any better or deadlier than his playable ancestors. Arno reminds us what it means to be hidden in plain sight, becoming a hidden blade in the crowd that’s very reminiscent of the old days with Altair. But does that make him any better than ANY assassin that predates the French Revolution as Ubisoft suggests? 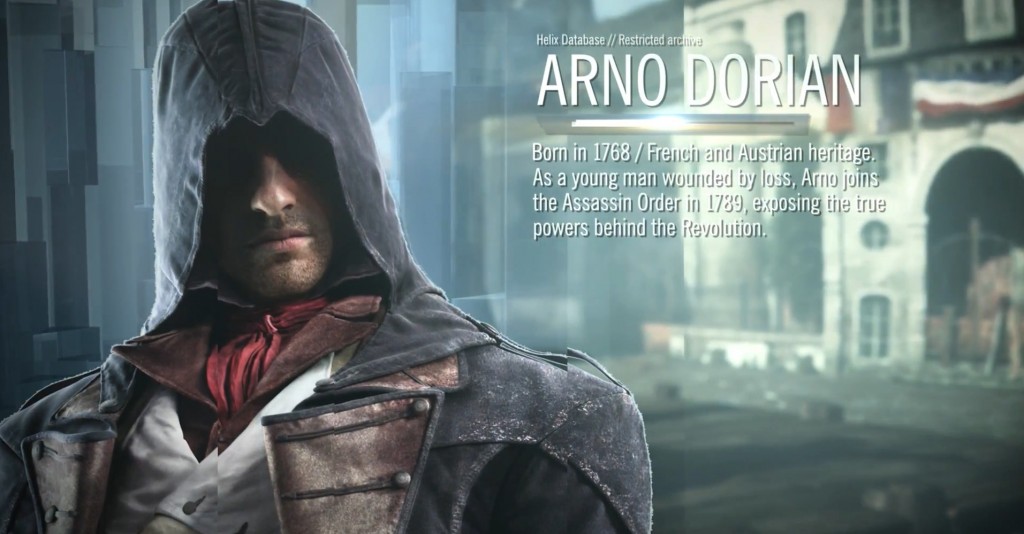 Sure Arno’s a force to be reckoned with, introducing a new fencing fighting style that cuts down foes in a flashy, classy and efficient manner, but what about Ezio? For every stab that finds it’s mark from Arno’s rapier, Ezio delivered an equally impressive and calculative killing blow from his hidden pistol. Also Ezio could horse assassinate people and pretty much introduced the double air assault. We haven’t even seen Arno pull of the iconic air assassination yet, but somehow he’s deadlier.

How can Arno be a deadlier match than the brutal animal that was Connor? In an interview with the lead game designer Alex Pedneault, which is posted on the Ubisoft website, he stated that if Arno went up against more than 3 enemies, his skills would be pushed to the limit and often running and hiding turns out to be the best option. Also the overpowered “counter kill” has been removed, rendering one hit kills much harder for Arno to accomplish. While I love the more focused emphasis on stealth, these tweaks to combat do not make Arno’s combat skills superior to those of Altair, Ezio, Edward and most certainly Connor.

“It is much harder to kill NPC’s right away,” said Pedneault. “Gone are the days where you can take on an entire army!”

I remember killing troves of British Templars with Connor’s tomahawk and rope-dart, filling the streets and lining the trees with bodies. Then there’s Arno, who judging by the co-op gameplay, needs three of his buddies to help him accomplish half of the savagery that Connor was able to pull off alone.

But wait! Arno sports a new weapon, the Phantom Blade, the likes of which are allegedly brand new in the Assassin’s Creed Universe. Wrong again. So Arno has a long range stealth weapon in the form of a wrist mounted crossbow. How is that better than Ezio crossbow, or Edward’s blow-dart? Heck, Altair could silently kills a guard with a knife thrown from a rooftop away. And that’s with his bare hands, un-aided by some fancy wrist mechanism. 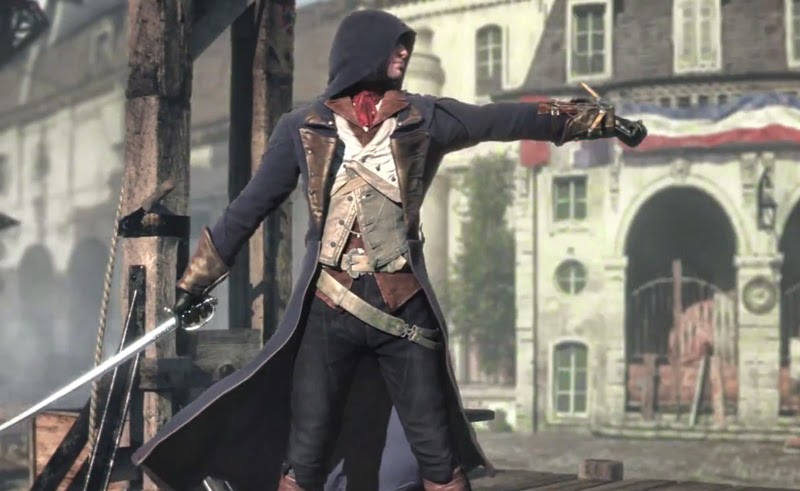 Arno is also being described as more clever, brash and charismatic than anybody before. What were Ezio and Edward then, socially inept half-wits? I’m pretty sure Edwards puzzle solving skills and Ezio’s womanizing personality would give Arno a run for his money. Maybe if Arno actually had a French accent he could swoon as many women as the smooth Italian drawl of Ezio.

The only area and skill set I foresee Arno excelling at is his parkour. Hailing from France, the perfectors of the acrobatic point a-to-b traversal style, Arno seems to be the most agile assassin yet. Arno’s climbing abilities don’t seem to be plagued by moments I had with Ezio that included missing a leap of faith and falling to my death. Capable of wall jumps and an athletically mind-blowing method of controlled descent, Arno might have been able to outrun our previous assassins, but certainly not kill them without a long struggle that might end in failure. Keep your smoke bombs handy assassins, playing as Arno, you might actually need them.

So what do you guys think? Judging by the most recent E3 trailers and demos, is Arno really our deadliest assassin yet, or is this just an exaggerated sales pitch from Ubisoft, intending to increase hype for the upcoming game? Let us know in the comments below, or on Twitter @FrancisFlisiuk and @Fanbolt.