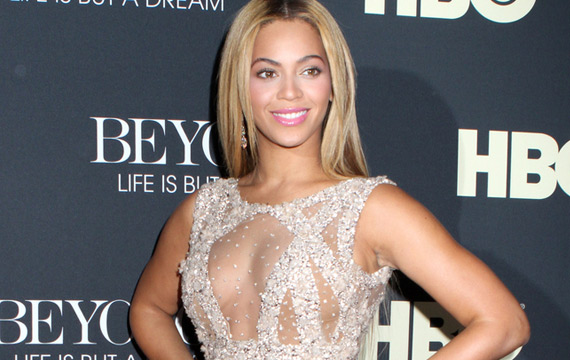 Beyoncé was the toast of the 2014 BET Awards after scooping three top prizes and closing the show with a taped performance of “Partition” from her On The Run tour with husband Jay-Z.

The “Partition” hitmaker picked up Best Female R&B/Pop Artist, the FANdemonium Award, and Best Collaboration for Drunk in Love with her rapper partner.

Pharrell Williams kicked off the proceedings with his Miley Cyrus collaboration “Come Get It Bae,” but instead of performing with Miley herself, he had a little help from reclusive rap superstar Missy Elliott. The pair then burst into a rendition of her 2003 hit “Pass That Dutch.”

The pair received a rapturous welcome from the crowd, and Williams went on to be named the winner in the Best Male R&B/ Pop Artist category and Video of the Year for “Happy.”

Oscar-winning drama 12 Years A Slave swept the board in the movie categories, being named Best Film, while its stars Lupita Nyong’o and Chiwetel Ejiofor won the top acting prizes.

Chris Brown surprised the crowd with a performance of his new track “Loyal.” He was joined by Lil Wayne and Tyga for his first high-profile post-prison show. Other performers to wow the crowd included T.I. and Iggy Azalea, Robin Thicke, Usher, Jennifer Hudson, Nicki Minaj, John Legend and Lionel Richie, who performed a medley of hits after being presented with the Lifetime Achievement Award.

Although they couldn’t be there in person, Beyoncé and Jay-Z closed the show with a pre-recorded performance from their collaborative tour.

Chris Rock acted as host. The full list of winners is as follows:

Jessica Chastain and Chiwetel Ejiofor to Receive Honors in Italy