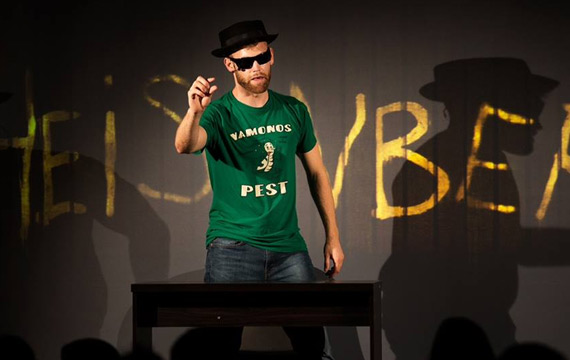 Miles Allen is set to star in a one-man show based on U.S. TV series Breaking Bad.

The Super Apartment Bros. star will act out all five seasons of the hit drug drama in an hour-long performance at the Edinburgh Festival Fringe in Scotland next month.

Allen’s stage show will include impressions of Bryan Cranston and Aaron Paul’s characters from the hit series.

A description of the show reads, “Sixty Episodes in 60 Minutes. LA actor Miles Allen has had over a million hits on YouTube, displaying both his acting and his incredible mimicking abilities.”

Jessica Simpson Adopted Vegan Diet to Prepare for Her Wedding

Beyonce Is the Subject of a New College Course