Katie Holmes is embracing her sexy side by going topless in the new issue of Glamour.

Holmes, who is known for her more conservative fashion sense, is featured posing seductively on the cover of Glamour, wearing a pair of jeans and a denim shirt, which is unbuttoned down to her breasts.

Another photo inside the magazine shows Holmes without the shirt, with her arms crossed over her chest to preserve her modesty.

In the accompanying interview, Tom Cruise’s ex-wife gushes about life with the former couple’s eight-year-old daughter Suri, saying, “Motherhood is the greatest gift. When I became a mother, my life completely changed.

“But the biggest change? I think you don’t know – I didn’t know how much love I had in me. It’s overwhelming. Every day I discover more about this spectacular human being I get to be the mother of.”

And Holmes admits she is so busy juggling her parenting responsibilities with work, she is not currently interested in dating, stating, “I am really focused on motherhood and work right now.”

Cruise and Holmes split in 2012 after six years of marriage. 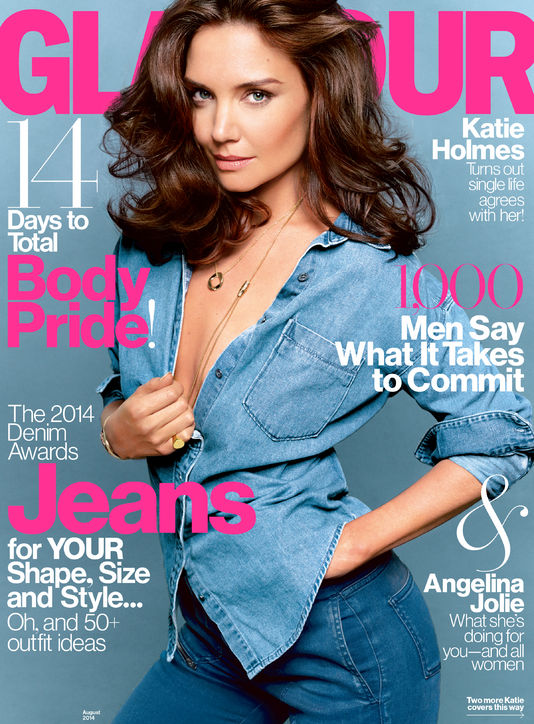