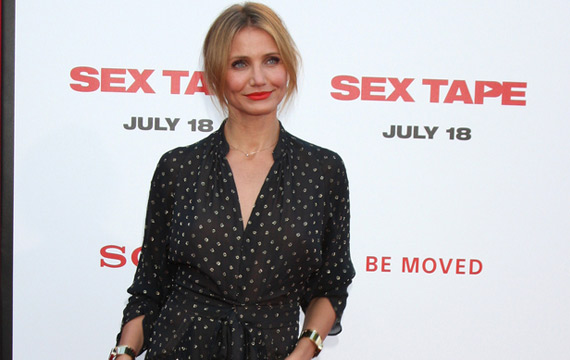 Cameron Diaz ranted at an Australian radio host and ended the interview early after the presenter made comments about her friend Drew Barrymore’s past drug problems.

The actress and her Sex Tape co-star Jason Segel were guests on Australian radio station KIIS 1065’s “The Kyle and Jackie O Show” on Monday to promote their new movie.

However, the interview took a turn for the worse when host Kyle Sandilands brought up Diaz’s Charlie’s Angels co-star Barrymore, and mentioned that she had suffered drug addiction in the past.

After letting Segel answer the next question, Diaz cut back into the conversation to cut the interview short, concluding, “We’re having to go now, sorry. They’re wrapping us up.”

After the interview concluded, Sandilands’ co-host Jackie O scolded the star for upsetting their interviewee by bringing up Barrymore’s issues and mentioning Diaz’s rumored boyfriend Benji Madden, saying, “Good one Kyle… You ruined that interview. The two things that would have got her off-side, you went there.”