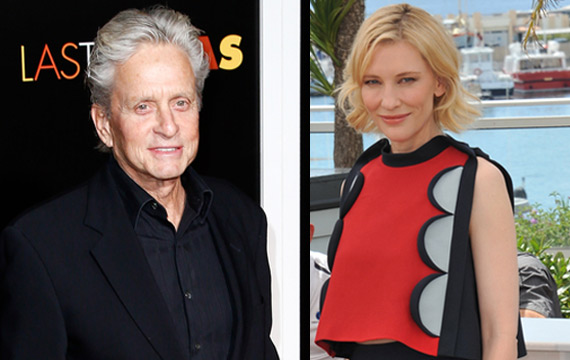 Michael Douglas, Cate Blanchett and Sir Michael Caine are among the celebrities who have signed a petition urging the Italian Prime Minister to ban cruise ships from passing near Venice.

The actors are among 63 film stars, royals and artists joining the ongoing debate over whether large cruise liners should be allowed to travel in a shallow lagoon near the historical water-filled city.

The petition, also signed by Jane Fonda, Don Johnson and British actress Julie Christie, has been sent to Italy’s Prime Minister Matteo Renzi and heritage minister Dario Franceschini urging them to do more to protect Venice.

“For more than 13 centuries Venice has survived flooding, disease and war… But now, in a period of peace, the Queen of the Adriatic (nickname for Venice)… risks being overwhelmed by these enormous cruise ships, which enter the lagoon on a daily basis, indifferent to the dangers that they bring.”

The debate has raged for many years and in 2013, a proposed ban of giant vessels was overturned at a regional tribunal because the threats posed by the ships had not been sufficiently proved.

Which Request Made Zach Braff Regret Offering 'Wish I Was Here' Crowdfunding Incentives?