The film takes place during a post-Christmas play date when the gang finds themselves in uncharted territory. Unfortunately the coolest set of action figures ever turn out to be dangerously delusional. It’s all up to Trixie, the triceratops, if the gang hopes to return home safely. The special was originally slated to be a 6 minute short, but execs loved it so much, it was expanded to a 30 minute special.

When asked about the new characters that are being introduced in the special, like the Battlesaurs, Susman told the crowd, “It’s really fun when you’re creating a new character to think that maybe this one will become part of the legacy.”

Schaal, who was quite outgoing and funny during the panel, voiced her thoughts on voicing Trixie saying, “It’s very exciting to be back n the world of Toy Story,” calling it an “honor.” She also let fans know that they’ll get to see a battle-geared out Trixie, which should be equal parts awesome and adorable.

Back to voice their iconic Toy Story characters are Tom Hanks, Tim Allen, Joan Cusack and Wallace Shawn. As far as Hanks and Allen working together on the project again, Purcell commented that,”They’re always a total joy to work with. […] They bring a whole lot of history and knowledge to the table.” 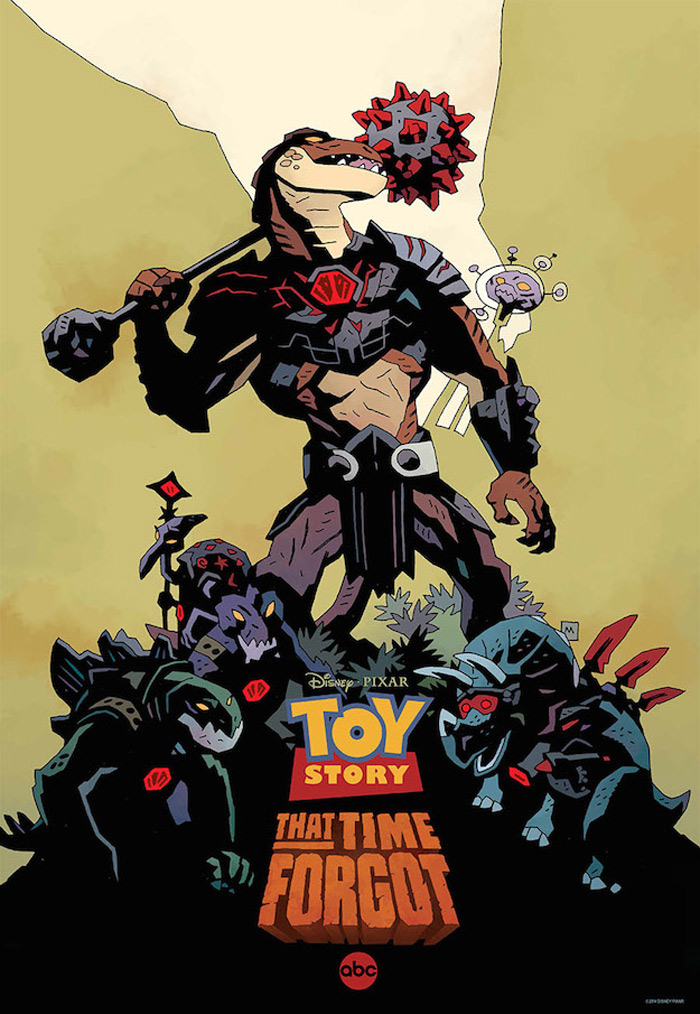