Fandoms collided at Comic-Con 2014 today (as they oftentimes do) when Orlando Bloom, of The Hobbit/ The Lord of the Rings films fame, met Arrow’s Stephen Amell and Paul Blackthorne.

The Arrow cast in attendance at the Con in addition to Amell and Blackthorne are John Barrowman, Willa Holland, David Ramsey and Colton Haynes and producers Greg Berlanti, Marc Guggenheim and Andrew Kreisberg.

We’ve got a look at the meeting of the heroes below! 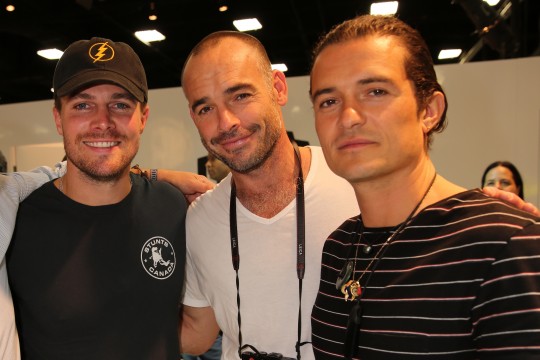 Do you think the Green Arrow and Legolas exchanged archery tips? Let us know in the comments!