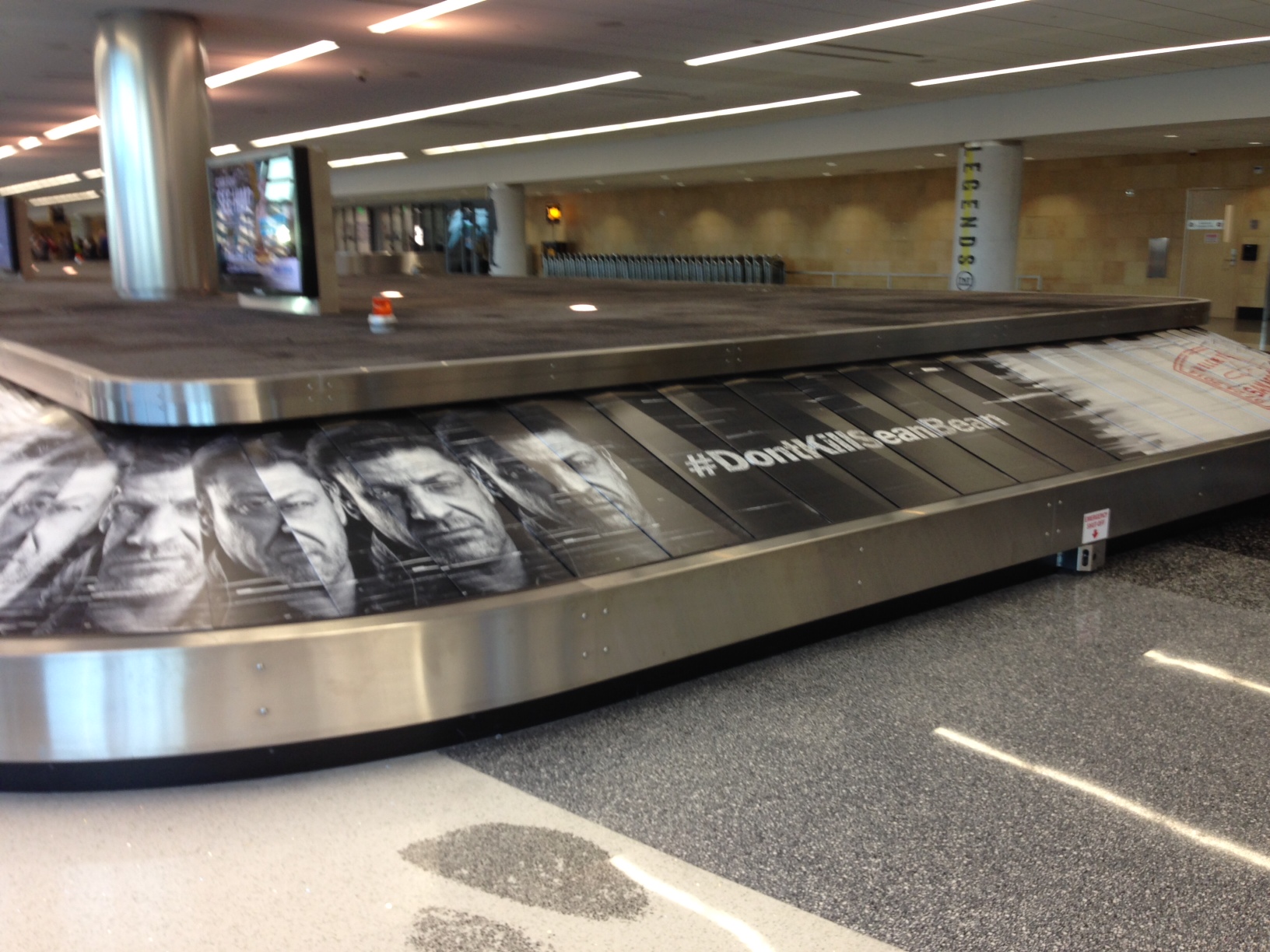 A new social media campaign has launched to keep British actor Sean Bean’s character from dying in his new series Legends. The promotional campaign has gone viral, likely because of the heavy promotion at last week’s San Diego Comic-Con, as fans desperately try to convince producers to keep him alive.

We don’t think Bean’s character is in danger of dying on Legends, since he is the lead of the series, but the response to the marketing campaign has been fierce. Fans have acknowledge that the Game of Thrones star has died onscreen more than 20 times throughout his career and in multiple gory ways, including beheadings, shootings, drownings, impalings and even being torn apart by horses.

The #DontKillSeanBean hashtag was launched on social networks by producers at TNT, the cable channel set to broadcast Legends, and more than 600 fans have already shown their support.

Billboards have displayed the hashtag and Bean himself has been pictured wearing a shirt featuring it, but so far TNT executives have not confirmed whether the star will survive the show.

Bean is fully behind the campaign, saying, “I’ve died a lot of different deaths. Maybe it’s the quality of my death people are fascinated by.”

Take a look at some of the promotional items FanBolt saw for this campaign below at Comic-Con 2014!

'Constantine' News and Highlights from Comic-Con 2014