Quentin Tarantino Confirms He Will Direct ‘The Hateful Eight’ 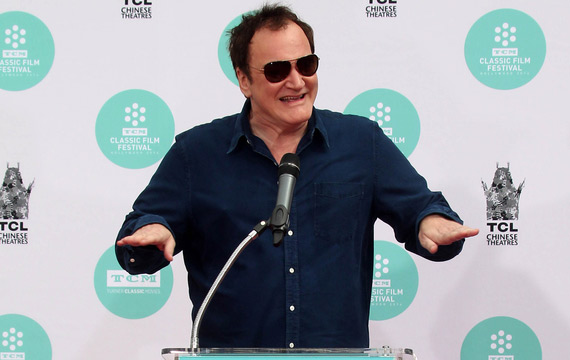 Quentin Tarantino has confirmed he will direct The Hateful Eight despite planning to scrap the project when an early draft of the screenplay was leaked.

The Pulp Fiction filmmaker filed a $1 million copyright infringement lawsuit against editors at Gawker.com, accusing them of facilitating the leak after publishing a report about the script drama, but he withdrew the legal papers in May.

With the court battle behind him, Tarantino used an appearance at San Diego’s 2014 Comic-Con yesterday to tell fans the film is moving forward.

During a panel for the comic book Django Meets Zorro, a fan asked Tarantino if The Hateful Eight will be his next feature, and he replied, “Yeah – we’re going to be doing The Hateful Eight.”

Chris Pratt Sick of Soundtrack for 'Guardians of the Galaxy'