So Orlando Bloom Threw a Punch at Justin Bieber Today 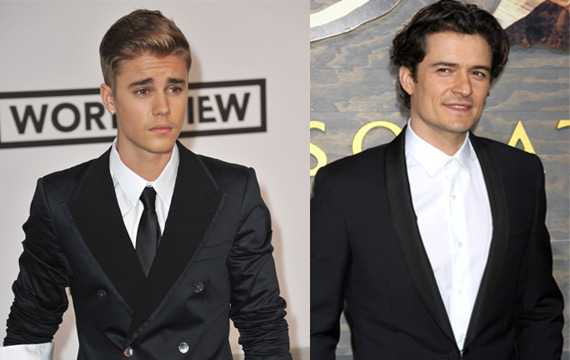 Orlando Bloom threw a punch at Justin Bieber a party in Ibiza, Spain early on this morning and I’m pretty sure no one blamed him for doing it. Now usually FanBolt avoids Beiber-related news, oversaturation and whatnot, but this was just too good to ignore!

Bloom and the Biebs were at a star-studded event at Cipriani restaurant when the two were caught on camera nearly coming to blows.

In footage obtained by TMZ, Bieber and Bloom get involved in an altercation that soon turns into a shoving match, and a voice which editors claim to be the singer is heard yelling, “What’s up, b**ch?” in an attempt to egg Bloom on.

It is not known what sparked the clash. In 2012, rumours surfaced that Bieber was getting “too close” to Bloom’s then-wife, model Miranda Kerr after a Victoria’s Secret fashion show in New York City, and earlier this year, Bloom was spotted spending time with Bieber’s ex-girlfriend Selena Gomez.

Justin also reportedly (and briefly) attempted to fuel the fire by uploading a picture of Kerr to his Instagram page, before quickly taking it down. The Biebs has certainly had his fair share of legal and personal troubles lately, with many wondering if he’s headed down the same troubled path as many child stars before him, like Lindsay Lohan, Britney Spears, Shia LaBeouf and countless others. Hopefully he gets himself together before it’s too late.

Let us know your thoughts on the surprising incident between Bloom and Bieber below!

Zac Efron Opens Up to Bear Grylls About Past Drug Abuse