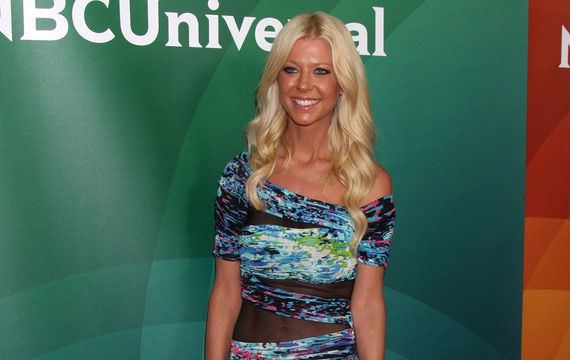 Sharknado star Tara Reid has launched a new perfume which coincides with the premiere of cult movie sequel Sharknado 2: The Second One.

“Shark by Tara” has gone on sale on the star’s own website, and is described as “a light and refreshing perfume perfect for day-to-day wear”.

Reid recently admitted she was embarrassed by the first Sharknado, telling Access Hollywood Live, “When I first did it, it was called Dark Skies, so I thought, ‘OK, it’s not gonna sound so bad on my resume… it’ll be fine.’ And then all of a sudden… they’re like, ‘We’re changing the name to Sharknado.’ I said, ‘Oh my God, this is it! My career is over…’ I begged them to change the name. It was horrible. They said, ‘Trust us… It’ll work’.”

And work it did! Reid’s new perfume arrives in the wake of the Sharknado sequel’s premiere on Syfy last Wednesday which smashed network viewing records. The pop culture hit became the channel’s most watched original movie ever with 3.9 million total viewers and 1.6 million Adults 18-49. The movie also averaged 1.8 million Adults 25-54.

If you missed it the first time, or want to re-watch, Syfy is airing Sharknado 2 again tonight at 9PM (ET/PT).

Marvel's 'Guardians of the Galaxy' Takes #1 Spot at Box Office

Celebrity Style: How to Do a Smokey Eye with NARSissist Smokey Eye Kit