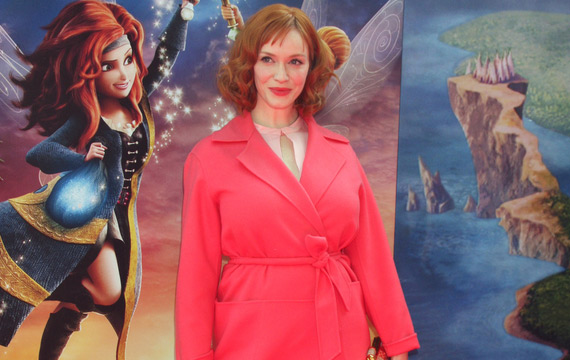 Christina Hendricks was dropped by her talent agents after accepting her now-famous role on period drama Mad Men, because they were convinced the show would be a big flop.

The 39-year-old reveals she was advised against taking on the part of Joan Harris on the program, set in the 1960s advertising world, but she decided to ignore her agents’ concerns and follow her heart.

She tells Britain’s The Guardian newspaper, “(My agency) said, ‘It’s a period piece, it’s never going to go anywhere. We need you to make money and this isn’t going to make money.’ They ended up dropping me.”

Hendricks’ instincts proved to be correct – Mad Men, co-starring Jon Hamm, John Slattery and Elisabeth Moss, became a critical and commercial hit upon its premiere in 2007 and her role has earned her five Emmy Award nominations to date.

She adds, “I had been on several shows that were meant to be the big ones, that would go on forever, and they didn’t. So there was no sure bet and I’d already taken a chance on them, and I felt, why not do the one you’re in love with and take a chance on that?”