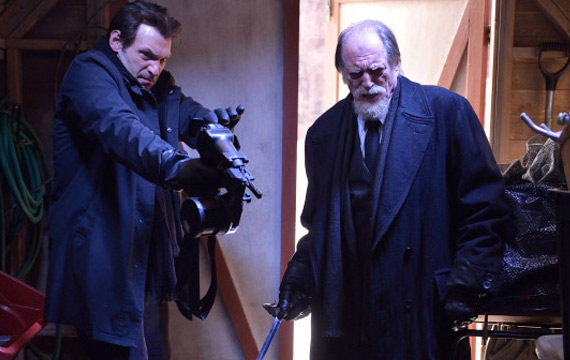 A new episode of FX’s The Strain airs tonight as Eph and Setrakian join forces to continue trying to hunt down the source of the plane incident.

Last week we were treated to a pretty gnarly vampire autopsy, we checked in on Ansel Barbour (who isn’t doing so well…he ate the family dog and chained himself in a toolshed), and saw what became of the youngest vampire from the plane, Emma.

Keep reading to find out all you’ll need to know before tonight’s episode!

Bonus Video! Inside The Strain: From Infection to Dissection

The Strain airs tonight at 10:00 PM ET/PT only on FX.
Photo Credit: FX

'Ray Donovan' Star Vinessa Shaw: Something 'Shocking' Is Ahead