As we get closer to the Japanese console release of Persona 4 Arena Ultimax, Atlus has recently given out an official release date for when gamers in America can expect to get their hands on it. The Arc System Works developed fighter will be releasing on the PlayStation 3 and Xbox 360 on September 30, according to a tweet sent out by Atlus U.S.A.. In addition, multiple DLC characters will be made available to players who wish to expand their roster a little bit. 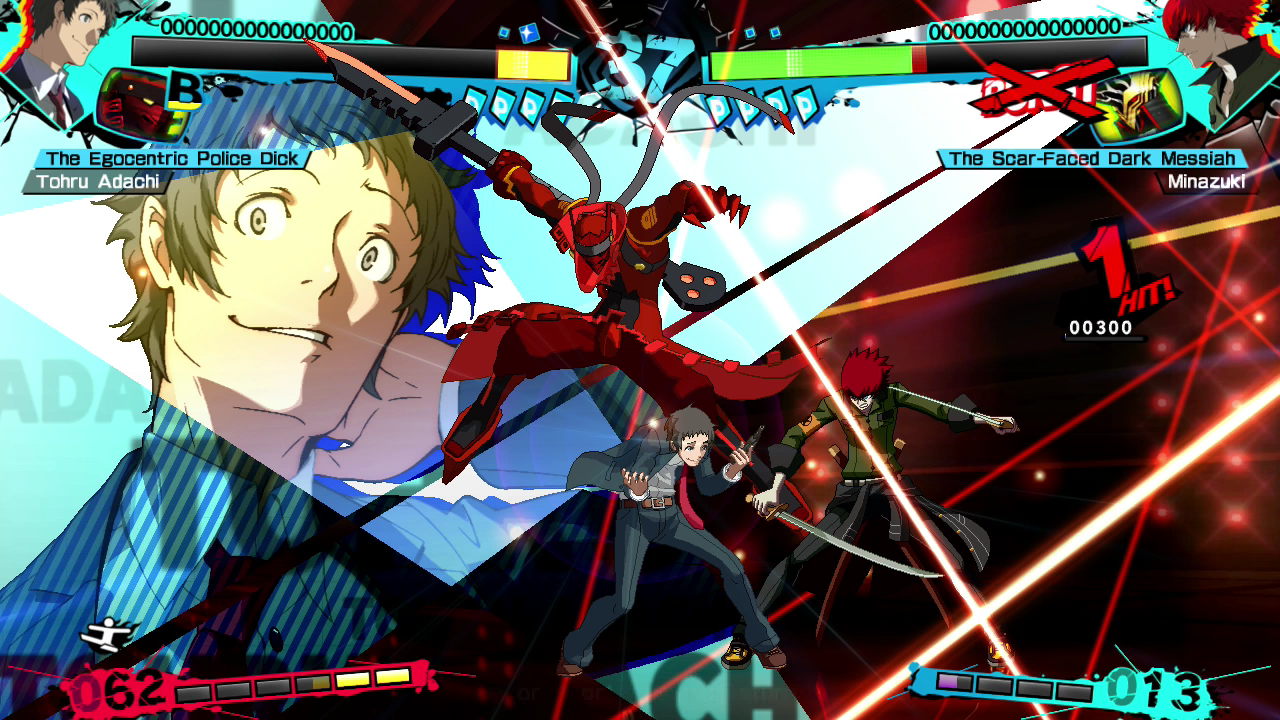 The last time I wrote about Ultimax, there was one character whom I only mentioned briefly. That character, Tohru Adachi from Shin Megami Tensei: Persona 4, was the first of these announced DLC fighters. Dubbed as “The Egocentric Police Dick”, Adachi steps into the ring with his Persona, Magatsu-Izanagi. According to the official website for the game, “He messes with his opponent’s mind using his tricky moves. He can power himself up and cause his opponents various ailments to get an edge in the fight.” In addition Adachi and his Persona both seem to have a ruthless style to their combat as illustrated by his original debut trailer. As a bonus, downloading Adachi grants players access to a new story mode scenario focusing around him. Joining him as the second announced DLC fighter is Marie from Persona 4 Golden, the Vita-exclusive enhanced port of Persona 4. Marie appears to fight by utilizing items within her bag alongside her Persona, Kaguya. Continuing the trend of character specific mechanics in Arc System Works games, Marie appears to be able to control the weather during the fight for interesting effects. For example when raining it appears Marie will be able to recover HP. Both Adachi and Marie will be available to download as free DLC for the first week of the game’s release in the States. 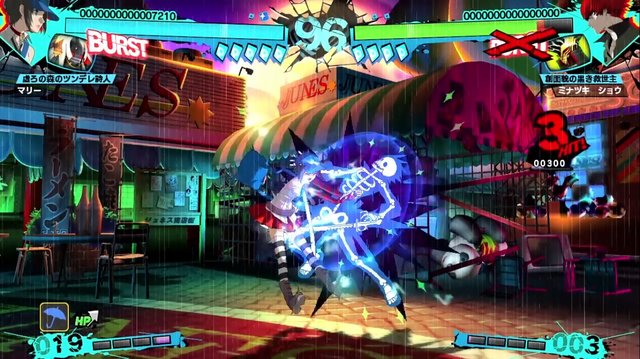 In addition to these two, a new character was just announced a few days ago. Also joining from Persona 4 is Margaret, a resident of the Velvet Room as well as returning fighter Elizabeth’s sister. Confirmed through a couple of articles from Famitsu, Margaret has a couple of very interesting traits that no other fighter in this game has. For starters, Margaret appears to have the largest amount of Persona Cards in the game, with a whopping 9 cards. For a basic idea of how Persona cards function for people who might not know, they act something like a health bar for your Persona. The number of cards corresponds to how many times your Persona can get hit, and once it gets hit one of these cards will break. When they all break, they need to reload before you can summon your Persona again, and more cards means a longer reload time. The most Persona cards for one character in Ultimax before Margaret was 6 cards, so that’s quite the increase. That said, some of the screenshots also show her with just 5 Persona cards, so it’s possible one of these sets of images was from an earlier point in development. The other interesting observation about Margaret is that she fights with more than one Persona. Yoshitsune, Ardha, and Cu Chulainn all appear to be incorporated in her moveset in some way, and Helel appears for her Instant Kill attack. Given that she has a seems to have a large amount of Persona cards as well as three Personas at her disposal during the fight, Margaret is possibly going to be extremely dependent on her Personas. There hasn’t been any confirmation on an official US release for Margaret just yet, unlike the first two characters, but those two were also announced for Japan first before America so expect official US confirmation at some point in the future.