Best to get the giggling over the title out of the way now. You all done? Good.

Pocket Rockets (*snicker* son of a-) is the kind of game I affectionately refer to as “small” – meaning both that it doesn’t take up a lot of space, and that it’s quick and easy to learn and play. It only takes a couple of minutes to set up, maybe a few more to teach to a new player, and then its off to the races! Or rather the construction yard.

You see, every player in Pocket Rockets is an astronaut trying to construct and fuel as many rocket ships as possible – before anyone else beats them to it. The play area is made up of a series of cards signifying different stations on an assembly line: the arrow indicates the direction astronauts have to move, the refueling station is for topping off the tank in completed rockets, gears indicate locations where you can place like-colored cards, etc. 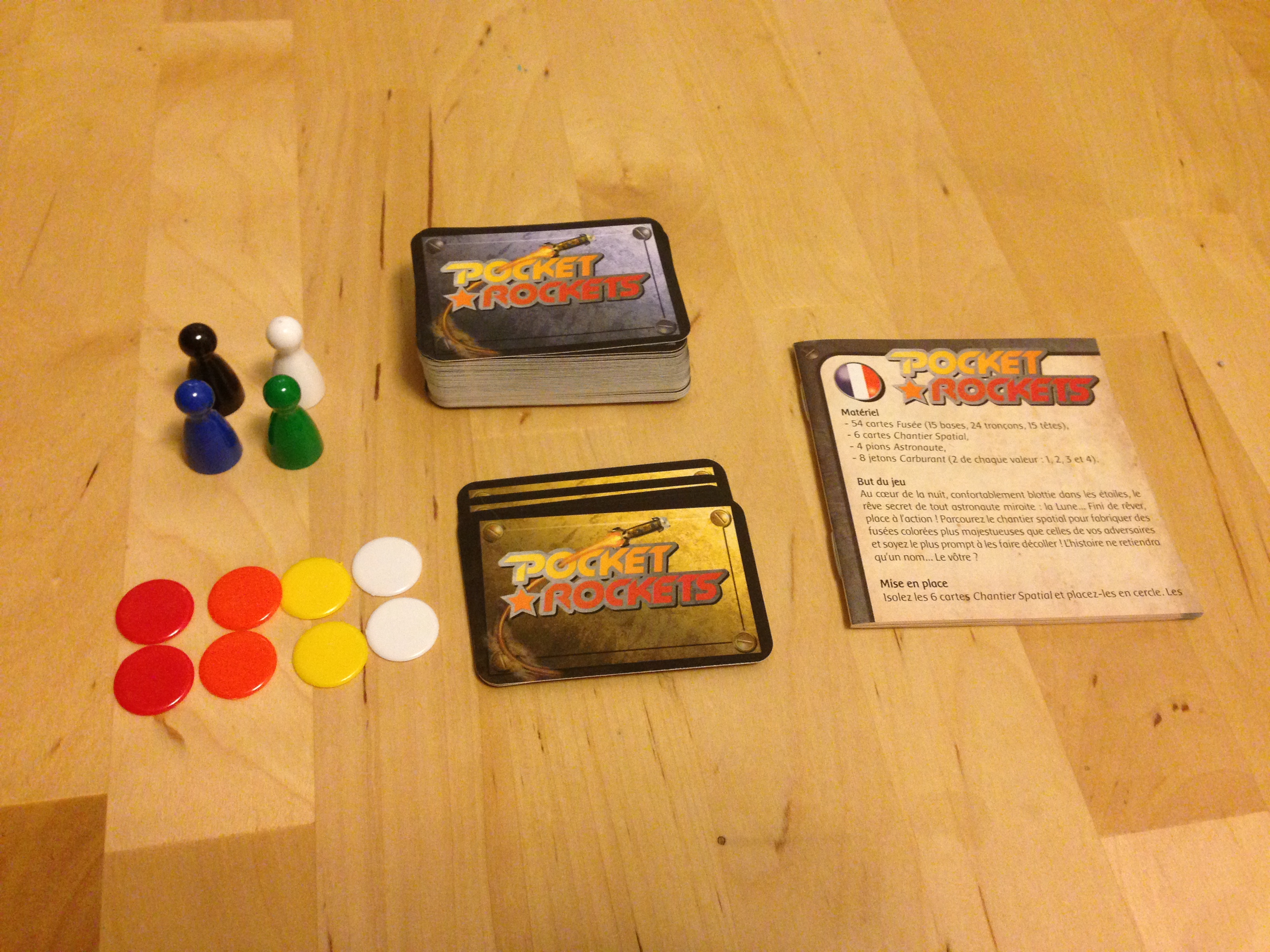 Players are only allowed four actions per turn. These actions include moving, drawing a card, changing the direction of the conveyor belt, grabbing fuel, placing a card, and using the recycling plant to get rid of unwanted cards. Any of these actions can be performed up to four times in one turn (so long as you’re in the right spot).

Of course there are a few complications thrown into the mix. For starters, you can only move in the direction indicated by the card with the arrow on it, so even if you’re one space away from the station you want to use you might still have to spend two turns to reach it. When you want to use a card from your hand to start, add to, or complete a rocket you have to make sure you’re standing on an assembly card that matches the component’s color (red, gold, grey). You may only have up to three cards in your hand at a time, and you can only add fuel to a completed rocket. 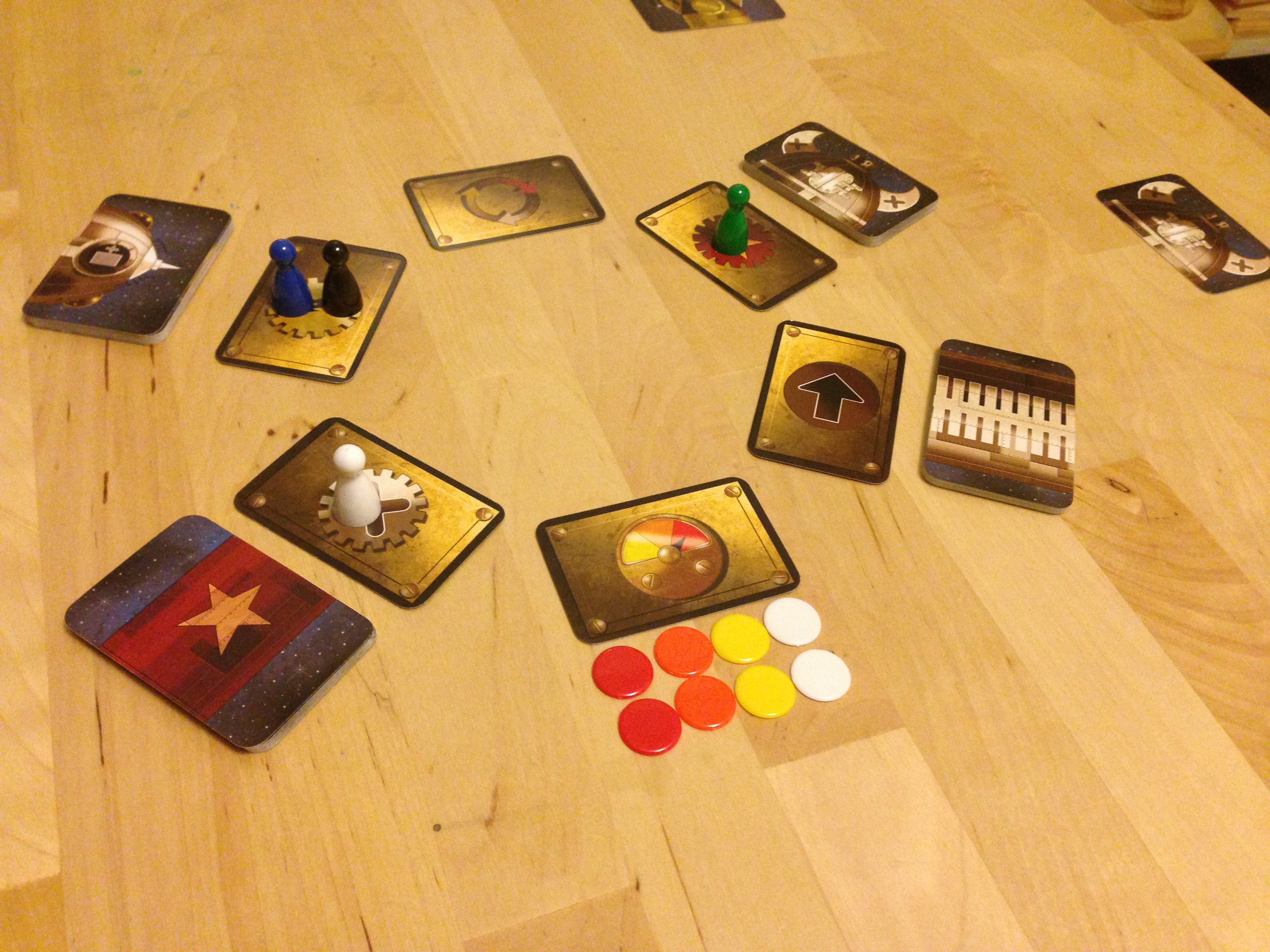 Still with me? Good, because that’e pretty much it. That’s Pocket Rockets. Some nosecones for completed rockets will grant you bonuses like a fifth action in a turn or being able to move in either direction you please, but the basics are incredibly straightforward. Ultimately you just want to construct more rockets than everyone else – or build a few really big ones – in order to rack up the most points.

Aside from being so easy to pick up and play, I also love just how tiny Pocket Rockets is. The entire game – box and all – can fit in a pocket (get it??), and it doesn’t need a heck of a lot of table space to play. So not only is it ideal for a quick game or two (or filler between playing meatier titles); it’s also a cinch to carry around. 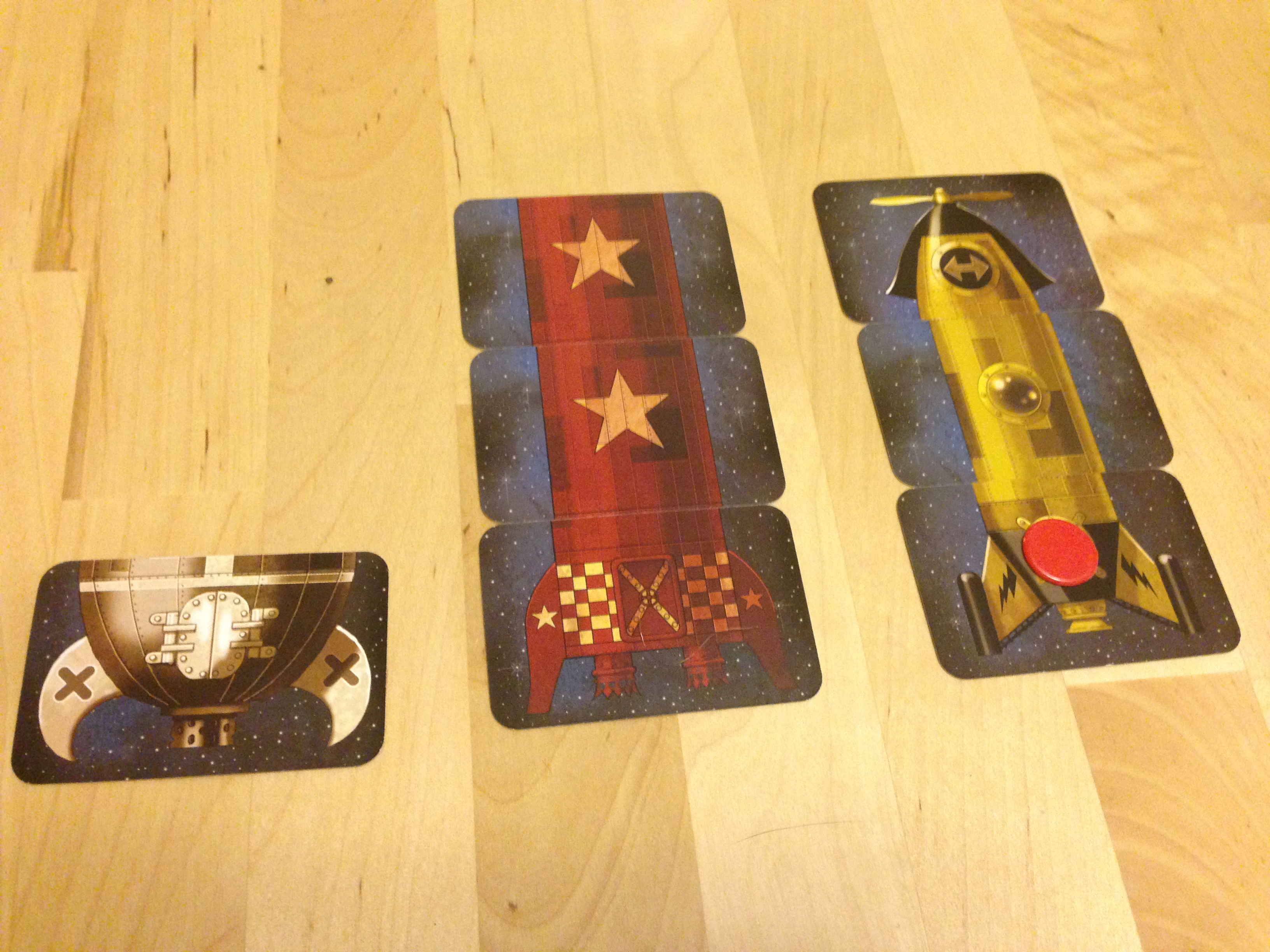 You really can’t go wrong with Pocket Rockets. It’s a great little intro/filler game that barely takes up any space in a collection (or on a shelf for that matter) but supplies plenty of fun. The only problem might be finding a copy right now as it seems to be out of print.