As it turns out, Robinson Crusoe wasn’t the intrepid adventurer that he’s made himself out to be. In fact, he’s actually completely inept. Friday was actually the brains behind the operation the whole time.

No really; play Friedemann Friese’s Friday if you don’t believe me.

Friday is a strictly solitaire game that places you in the role of Friday as he attempts to keep Robinson Crusoe alive long enough to get halfway decent at fighting and (hopefully) chase off some nasty pirates. You’ll begin with a set deck of cards and a specific amount of health, then start going on all sorts of encounters. Well, they’re not really “encounters” so much as “life or death situations.” 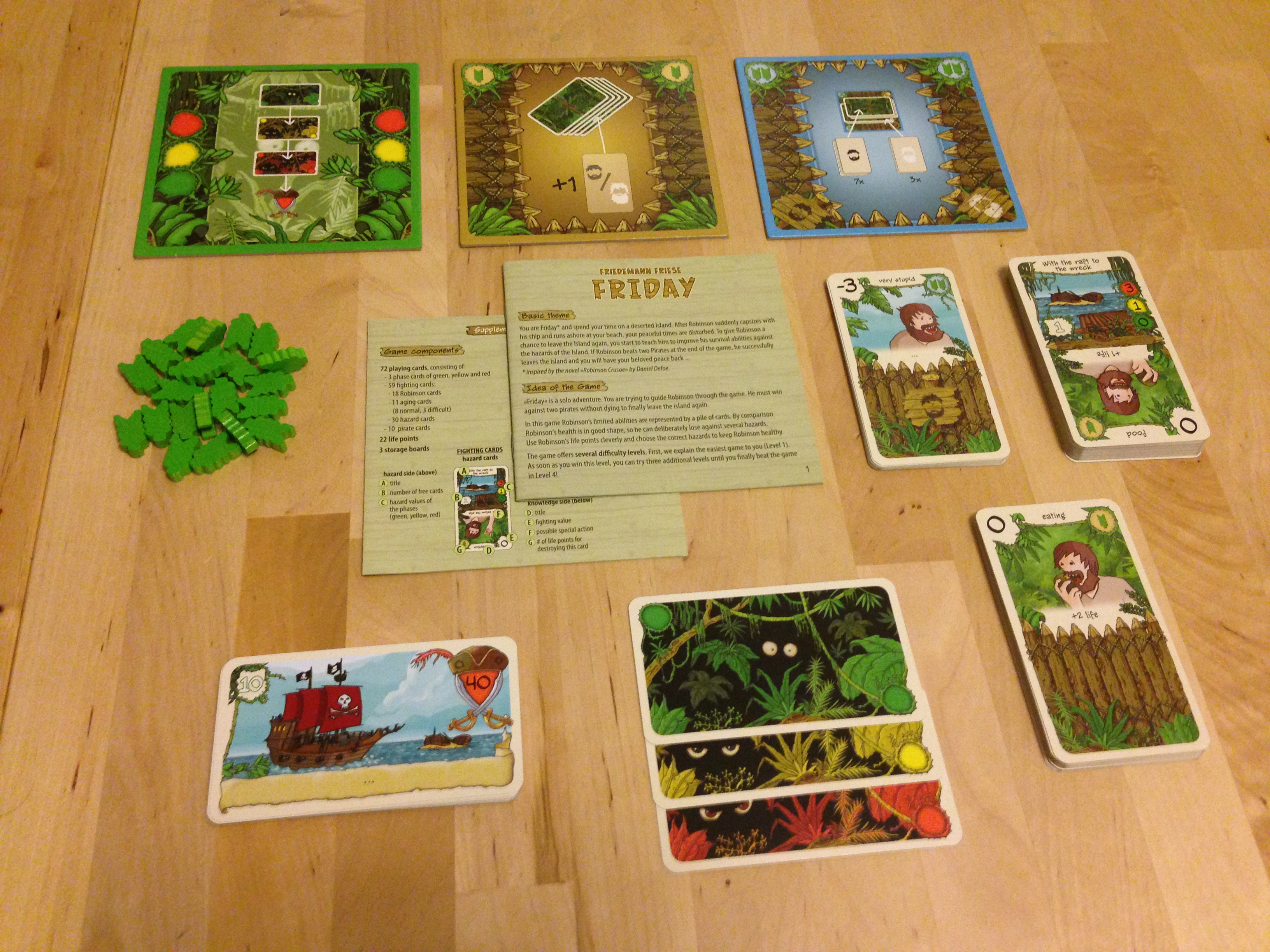 Each encounter has three difficulties, which is determined by the current phase – Green, Yellow, Red. As time passes (i.e. every time you run out of cards and have to reshuffle the encounter deck), the phase will change and everything will get deadlier. Similarly, as time passes for Robinson (i.e. when you run out of cards in the Robinson deck and have to reshuffle), you’ll have to shuffle in “aging” cards that make our – ahem – hero even less adept.

As encounters are successfully resolved they’ll be added to your discard pile – and by extension the Robinson pile – as more effective survival abilities. So in other words, the more you succeed the more formidable Robinson becomes. Which is great because once you run out of encounter cards in the Red phase you’ll have to face-off against two separate groups of pirates. And these pirates don’t mess around. 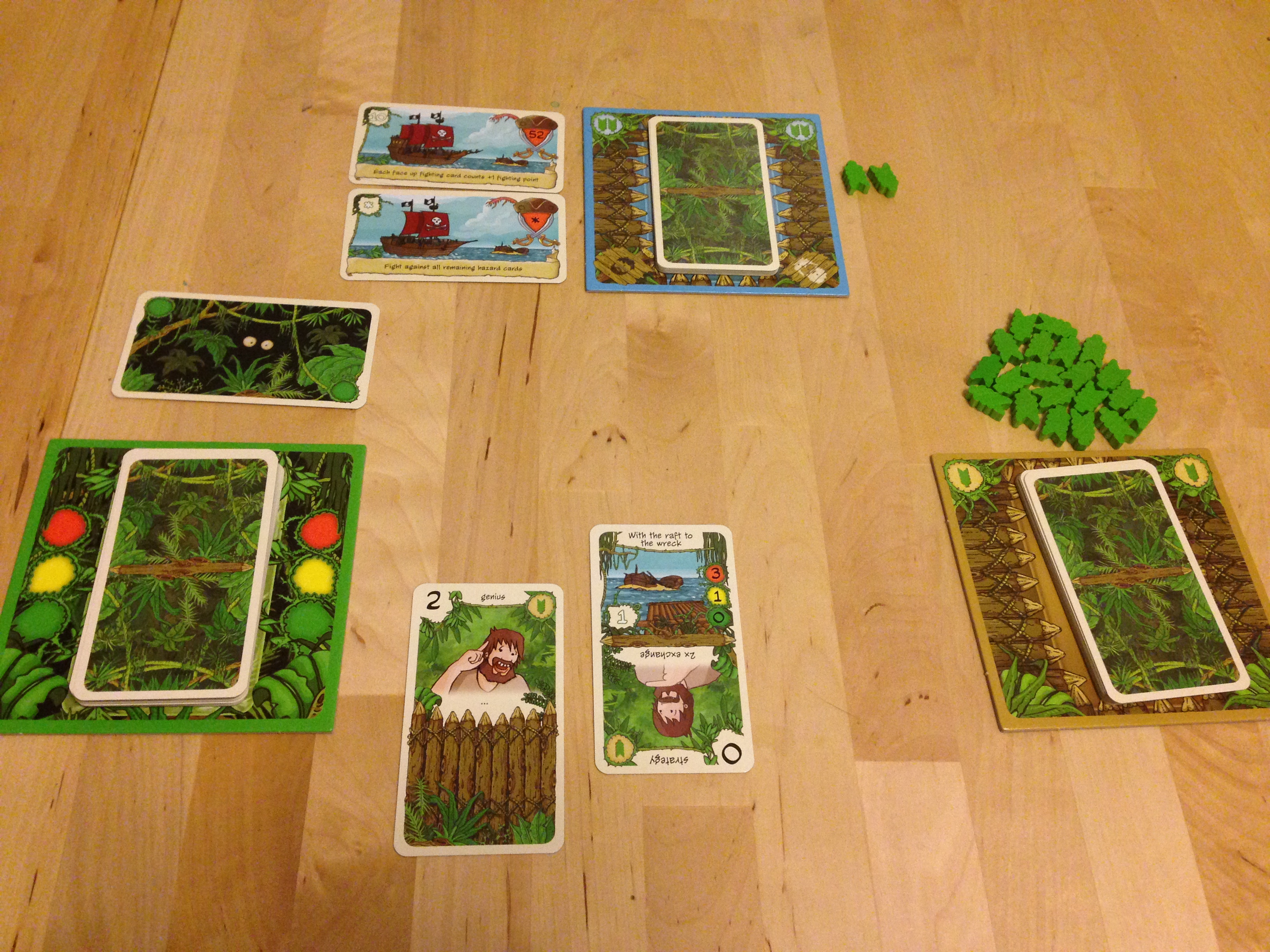 I’m going to be honest with you: this isn’t something you’re likely to accomplish within your first few attempts. Friday is a tough game. I mean really tough. You wouldn’t think it to look at Robinson’s scruffy deep face but it really, really is. And that’s what makes it so great.

It’s not hopeless, however. You may remove Robinson cards from the game when you fail an encounter by sacrificing some health tokens. There are limits to how many you can take out at a time, of course, but it’s a great way to get rid of useless and even harmful cards to give Robinson more of a fighting chance. 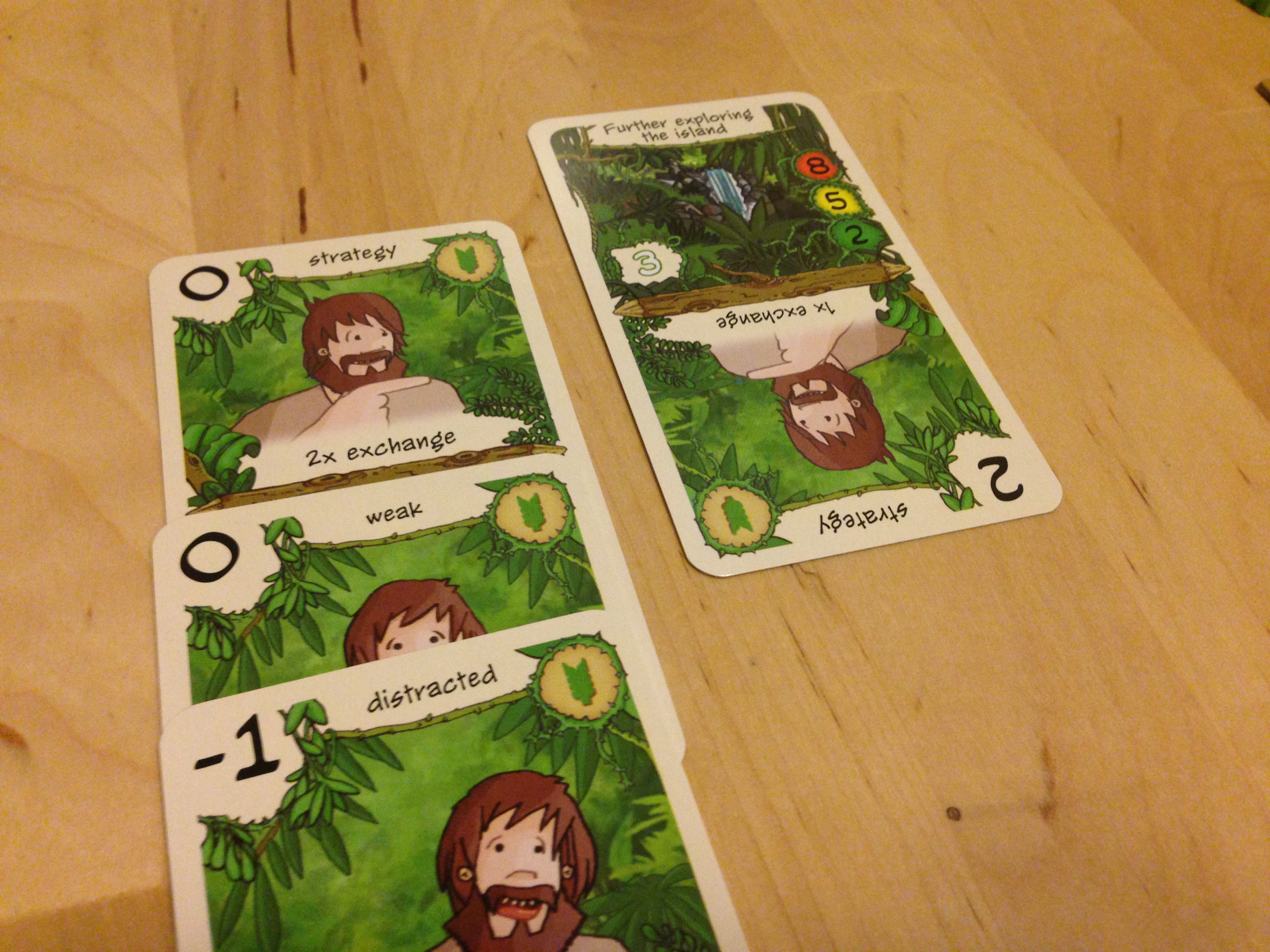 At the same time, many of the encounter cards you’ll be adding to the Robinson deck aren’t simply more powerful; many of them also have special abilities that will allow you to heal, trash unwanted cards, draw more cards during and encounter, and so on. It’ll take a few attempts before you start to pick up on the nuanced strategy of it all, but once you do you’ll find yourself balancing Robinson’s health on a knife’s edge while you intentionally fail an encounter just so you can remove a particularly nasty aging card.

Friday is definitely not the sort of game you’ll be playing over and over again in an attempt to beat a high score – simply completing the game in the first place is something of a monumental task. But that’s a big part of why I enjoy it so much. It’s incredibly challenging, to the point that just surviving long enough to see a pirate flag on the horizon is never guaranteed, but it’s incredibly satisfying and far more strategic than it appears to be.