Downton Abbey stars are making light of a recent embarrassing blunder by posing for a charity photograph while clutching water bottles.

Show bosses were left red-faced last week when a modern-day water bottle was spotted in a promotional photo of actors Hugh Bonneville and Laura Carmichael dressed in character for the period drama. 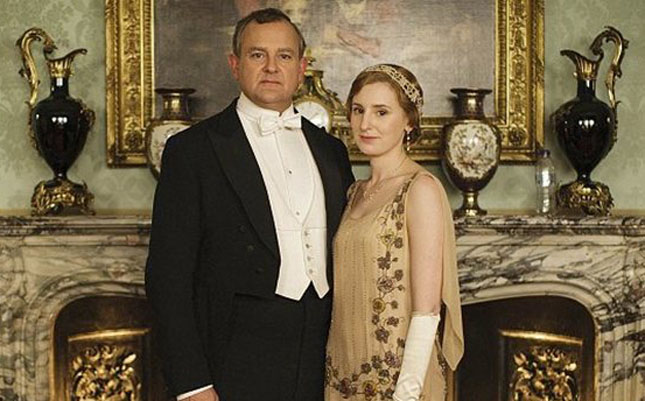 The snap went viral online, prompting producers of the drama to remove it from the Downton Abbey website, but now the stars of the show have responded with a new photo to help promote a charity campaign.

The image features 17 of the cast dressed in modern clothes, looking suitably embarrassed and holding bottles of water.

A caption alongside the snap reads, “The cast of #Downton embraced ‘water bottle-gate’ today.”

The post on Twitter contains a link to WaterAid UK, a safe water and sanitation charity, and in a statement the organisation’s bosses reveal the Downton Abbey stars had suggested the fundraising stunt.

A spokesman writes, “After seeing the reaction the picture caused earlier this week, the cast and crew came up with the idea of turning some of this attention towards an issue around water that really matters. They hope that by posing for this picture they will be able to raise awareness and amplify the work of international charity WaterAid.”