This morning, in a Japanese Nintendo Direct broadcast, Nintendo revealed their 3DS revision – the New 3DS (and the New 3DS XL). A la the iPad a few years ago, Nintendo is not calling this new model anything but a new model. That said, it does add some very nice features to the system. The New 3DS sports a sleek 3DS XL-like form factor, but comes in normal size and XL size. The normal size allows you to customize it with some faceplates (named Cover plates) with various designs from Mario, Zelda, Animal Crossing, and more.

Both models of the New 3DS sport a new second analog stick. While it isn’t big, it allows games such as Xenoblade Chronicles, which is being ported exclusively to the New 3DS and New 3DS XL, to be played. The system’s new ZL and ZR bumpers also open it up to games that need more control.

The New 3DS also has improved battery life that is supposed to last up to seven hours, which is an hour or two better than the original and XL versions of the 3DS. It also will sport better 3D, though the specifics of that are not currently clear, other than the 3D experience now being “Super-Stable”.

Finally, there are a few other smaller changes to the system. The face buttons are now colored, the volume slider is now on the top half of the device, the game card slot now rests at the bottom, and SD cards are no longer usable – only MicroSD. Amiibo support has now been added with built-in NFC functionality. Finally, the CPU has been improved, making the system faster overall.

Currently, the New 3DS has only been announced for Japan, and is said to not be coming to the West this year. However, it’s very unlikely it won’t come over to the states. 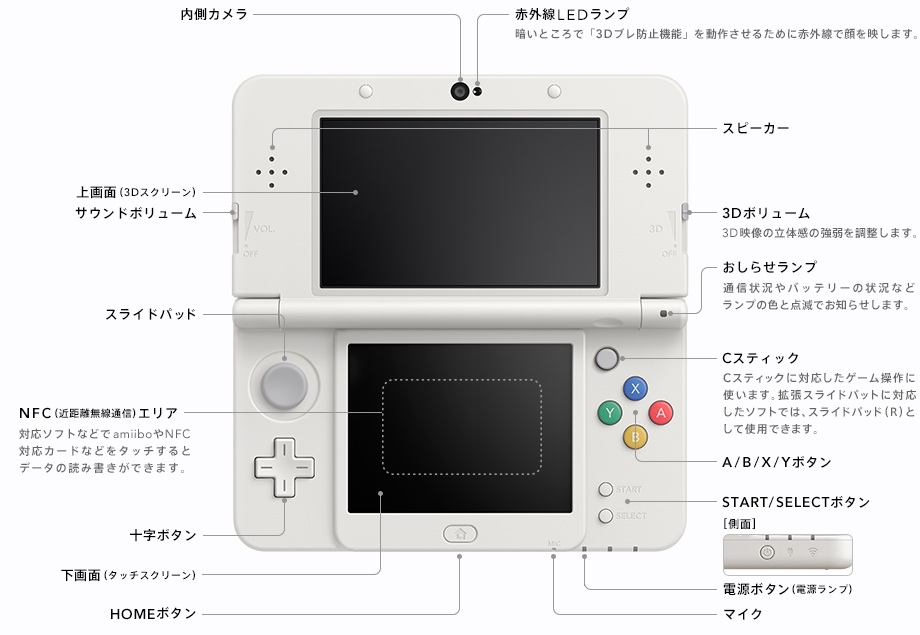