Get Exposed to ‘The Strain’ with Star Sean Astin 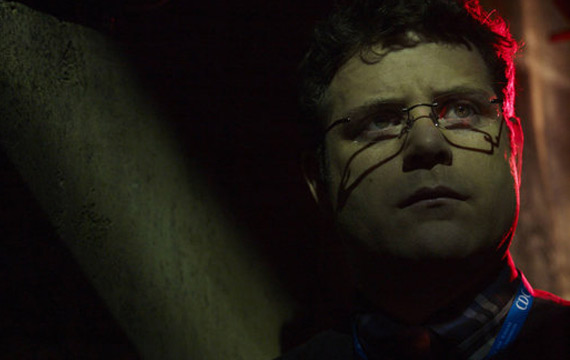 If you aren’t caught up with The Strain, I’d advise you to click away now lest you be spoiled! We had the opportunity to speak with the recently deceased Jim Kent himself, Sean Astin.

Jim Kent met his untimely demise in last week’s episode, but the death didn’t come as that much of a shock for Sean. The star relayed, “The one thing I would say for everybody is that I knew that I was going to die, but I didn’t know how and when I got the script for it, which was only a few weeks I think beforehand, I loved it. Before that I had been a little bit kind of sullen over the fact that I was just getting to know everybody and enjoy everything and I knew I wasn’t going to be around very long. But when I saw how cool the episode was with this kind of “Butch and Sundance” battle royale out of a convenience store and then like the way that it was discovered on me and how the relationship is resolved and stuff, I absolutely felt like you couldn’t have asked for a better send-off. I was pretty happy with that.”

When it comes to working with the monster mastermind Guillermo del Toro, Sean was more than up for to the task sharing that, “Working with Guillermo is a unique experience for most people who are working on these shows, I would say one of the most exciting things about it is spending time with Guillermo. He’s just so full of life and creativity and his imagination and you always feel like he’s both incredibly well prepared and in the moment and able to be spontaneous, so that’s pretty great.”

Astin’s character Jim came off as a morally ambiguous character to the audience, to say the least, and Sean saw him that way as well. “Jim is basically a morally compromised guy and I think he has the occasional quips that he has, comedic quips reveals some kind of personality that it might be fun to interact with, but his wife is suffering and so he’s a compromised guy basically the way I see him.”

Although he won’t be appearing in the show anymore, having the opportunity to sign on to The Strain in the first place meant a lot to the star. He revealed that, “Since being in Lord of the Rings this wave, this pop cultural wave of franchise inclusion has swept the globe where people—these comic book franchises, bestselling book franchises, television reboot franchises, they just come in big waves and it’s almost like being in one particular movie or one particular show isn’t enough anymore. So the fact that Guillermo and Carlton Cuse came along with this new incarnation of a vampire world meant a new franchise and so I feel I’m grateful that Guillermo reached out and swept me up in it.”

Be sure to catch a new episode of The Strain tomorrow night at 10pm only on FX!